Ansel Elgort stars in this half-baked drama about a Ponzi scheme, but it may be an appropriate end point for Spacey's career. 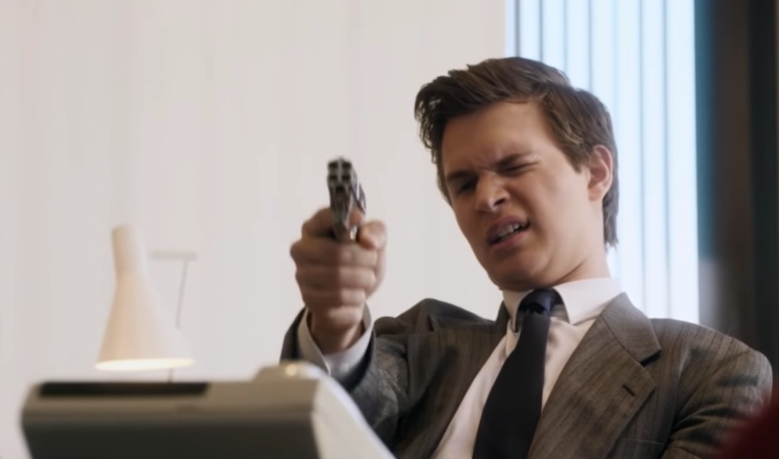 Long before Kevin Spacey shows up as a hustling con man whispering “the perception of reality is more real than reality itself,” there’s no doubt that “Billionaire Boys Club” has issues. A slick Ansel Elgort plays Joe Hunt, the youthful L.A. investment firm honcho who racked up countless wealthy clients in a high-stakes Ponzi scheme before it all came crashing down; Taron Egerton is Hunt’s business partner, Dean Karny, who narrates the story. In the opening shot, Elgort sits smugly behind a pair of dark sunglasses as Egerton announces a credo in voiceover: “Fuck money. Being rich is about respect.”

The fetishization of wealth yielding power has been a cinematic trope from “Wall Street” to “The Wolf of Wall Street,” but “Billionaire Boys Club” turns it into a routine.

This is that kind of movie, made practically on autopilot, where fast-paced montages celebrate a lifestyle excess that destroys the eager young capitalists right on schedule: snazzy hairstyles, beautiful women, fancy suits, flashy cars, and cocaine sniffed in upscale bathrooms all come and go, setting the stage for an inevitable downfall developed in such half-hearted fashion it’s almost as though director James Cox would prefer to luxuriate in the party rather than getting around to its dark conclusion.

Unlike its predecessors, “Billionaire Boys Club” does have a unique real-life hook, one that involves a series of violent murders that consume the movie’s second half. Before then, it’s early ‘80s business as usual: Karny spots his old classmate Hunt in West Hollywood and pulls him into the investment game; one day, while working some leads, the pair end up at the palatial home of Ron Levin (Spacey), a fast-talking dealmaker and con artist wizard who sees immediate potential in the boys’ work. As the nimble Levin lures Hunt into a new scheme that helps him secure a $4 million financing deal, Spacey sags into the kind of seductive guru he used to play on autopilot before a string of sexual assault accusations derailed his career. “Billionaire Boys Club” may be the last glimpse of that recurring fixation, reducing it to a series of eyes roles and wry grins that suggest Spacey himself may have been conning us along. 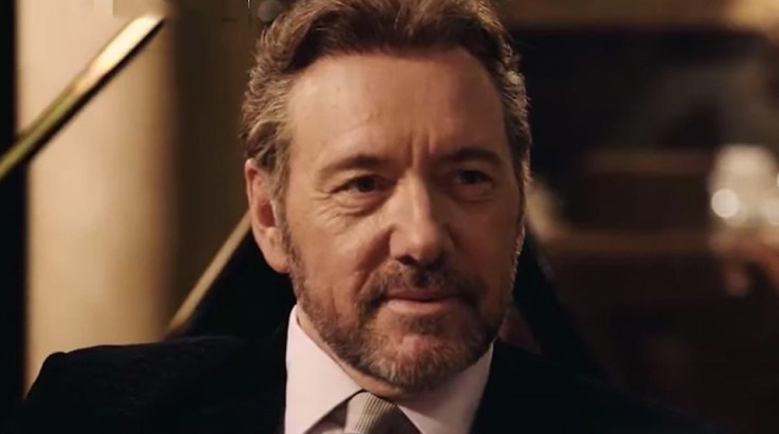 The movie plods along through the rise of Hunt’s company, initially called the BBC as a reference to his old bicycle club, until Levin gives them their avaricious title in a blunt monologue seemingly written for the trailer. In the meantime, the movie delves into a weak exploration of Hunt’s private life, particularly his romance with visual artist Sydney Evans (a wasted Emma Roberts); their first sex scene together is intercut with blurry images of stock market frenzies, which tells you everything about the amount of subtlety this movie can muster.

Their melodramatic romance has no staying power, which makes it hard to invest in the stakes once Hunt (played by Elgort with a frozen grimace) realizes midway through that he’s been misled. His transformation into vengeful murderer strains credibility, even if it culls from real-life circumstances assessed many times over in the courtroom, and that’s part of the problem — the specifics of Hunt’s crime remain shrouded in mystery, and “Billionaire Boys Club” transforms them into pulp. It’s intermittently engaging as a B-movie, but so often strives for something more that it never finds a satisfying tone.

How did these fratty hedonists transform into psychopathic killers? Over 20 years ago, a two-part TV movie explored that question. This new attempt answers it with a shrug. Throughout “Billionaire Boys Club,” there are flashes of a more satiric approach to this largely self-serious drama that might have been more compelling, including an odd encounter between Hunt, Levin, and Andy Warhol (Cary Elwes, in parody mode) that might have looked more at home in Robert Downey Sr.’s “Putney Swope.” But “Billionaire Boys Club” never musters the intelligence to comment on the BBC’s scheming beyond their own understanding of it. By restricting the movie to their point of view, it sympathizes with their lunacy but fails to wrestle with the overarching absurdity of it.

Quietly dropped on VOD ahead of a limited theatrical release, “Billionaire Boys Club” provides a strange coda to Spacey’s career — a half-baked morality tale about people who think they can get away with the impossible. Considering Spacey’s situation, it’s an appropriate finale to this possibly final stage of his career.