Harvey Weinstein's career is beyond resuscitating, but other accused men have Hollywood staying power. 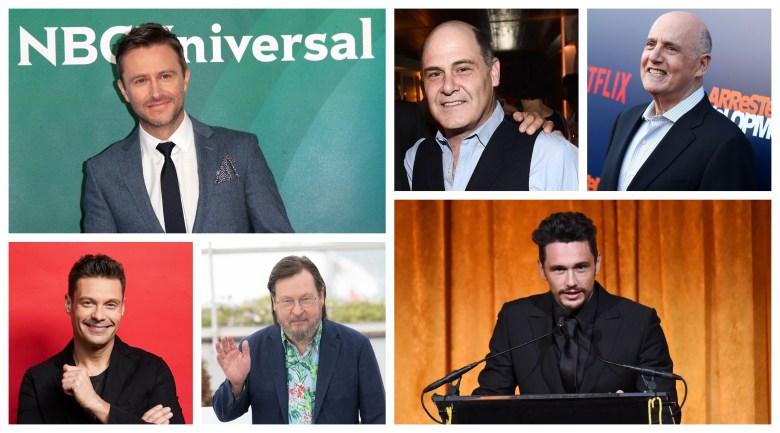 After Chris Hardwick and James Franco faced accusations of sexual improprieties, they each contended with a raft of dismayed think pieces, social-media brickbats, and a backlash of public opinion; anyone who suggested the possibility of a comeback was immediately upbraided. Some months later, it’s clear that just not the case.

AMC announced the end of Chris Hardwick’s suspension after investigating an abuse claim from his former girlfriend. Collider reported that James Franco is circling his first directing project since five women accused him of sexual harassment. (Franco had already been granted reentry to HBO’s second season of “The Deuce”). Meanwhile, Johnny Depp — accused of physically and verbally abusing ex-wife Amber Heard — was the biggest attraction at last week’s Comic-Con.

As the movement continues, different post-scandal fates have started to emerge. As a Vox headline noted this week, “Mel Gibson has set the blueprint for a #MeToo comeback. Expect other men to follow it.” The article delved into Gibson’s behavior (remember when Oksana Grigorieva said he knocked out her teeth?), with key strategies for returning to the public eye (don’t discuss the incident, let your friends do the talking, let time pass, and return in a mode slightly different than the one for which you were known).

However, looking at a dozen men who faced #MeToo accusations in the last year suggests that it may not be that complicated. TJ Miller will again voice Tuffnut for the next installment of the “How To Train Your Dragon” franchise. Harassment accusations against John Lasseter may have lasting impact on the former Disney and Pixar Animation Studio CCO’s career, although he currently remains on the companies’ payroll until the end of the year as a consultant.

Not all accusations are the same. Some, like the one made against Academy president John Bailey, were deemed baseless. At the other extreme, two people that the Academy elected to expel — Harvey Weinstein and Bill Cosby — will likely always be unwelcome; the third, Roman Polanski, continues to collaborate with the world’s top stars.

Here, IndieWire looks at the professional futures of 12 men after #MeToo. 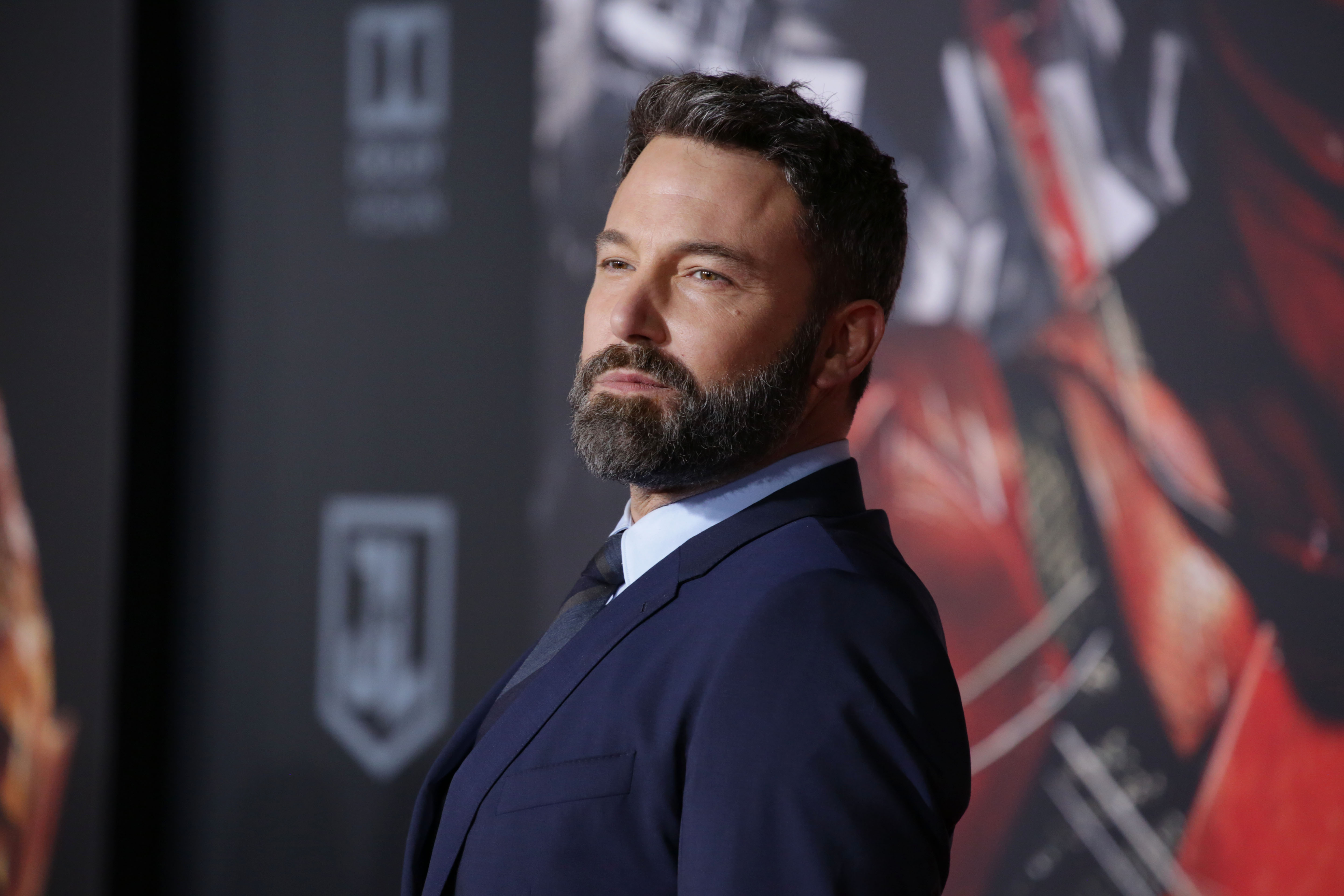 During a 2003 taping of MTV’s music video countdown series “TRL,” 19-year-old host Hilarie Burton allegedly had her breast grabbed by Affleck, an event fans recalled on social media after the Oscar-winning writer and producer condemned Harvey Weinstein. Burton then shared a “TRL Uncensored” outtake where she discussed the assault, and another clip from three years later resurfaced, in which Affleck is seen clutching a female Star reporter for an extended length of time as she attempts to wriggle free. “I acted inappropriately toward Ms. Burton and I sincerely apologize,” responded Affleck on Twitter October 11. He will reportedly reunite with his “The Accountant” director, Gavin O’Conner, to portray an aging ex-basketball player in “The Has-Been,” a project that just garnered $4.8 million in California tax credits. This month, Affleck also joined the cast of Dee Rees’ first post-“Mudbound” undertaking, “The Last Thing He Wanted.”

Read More: Can Hollywood’s Predators Be Rehabilitated? Doctors Say Yes, for Some — but There’s No Quick Fix 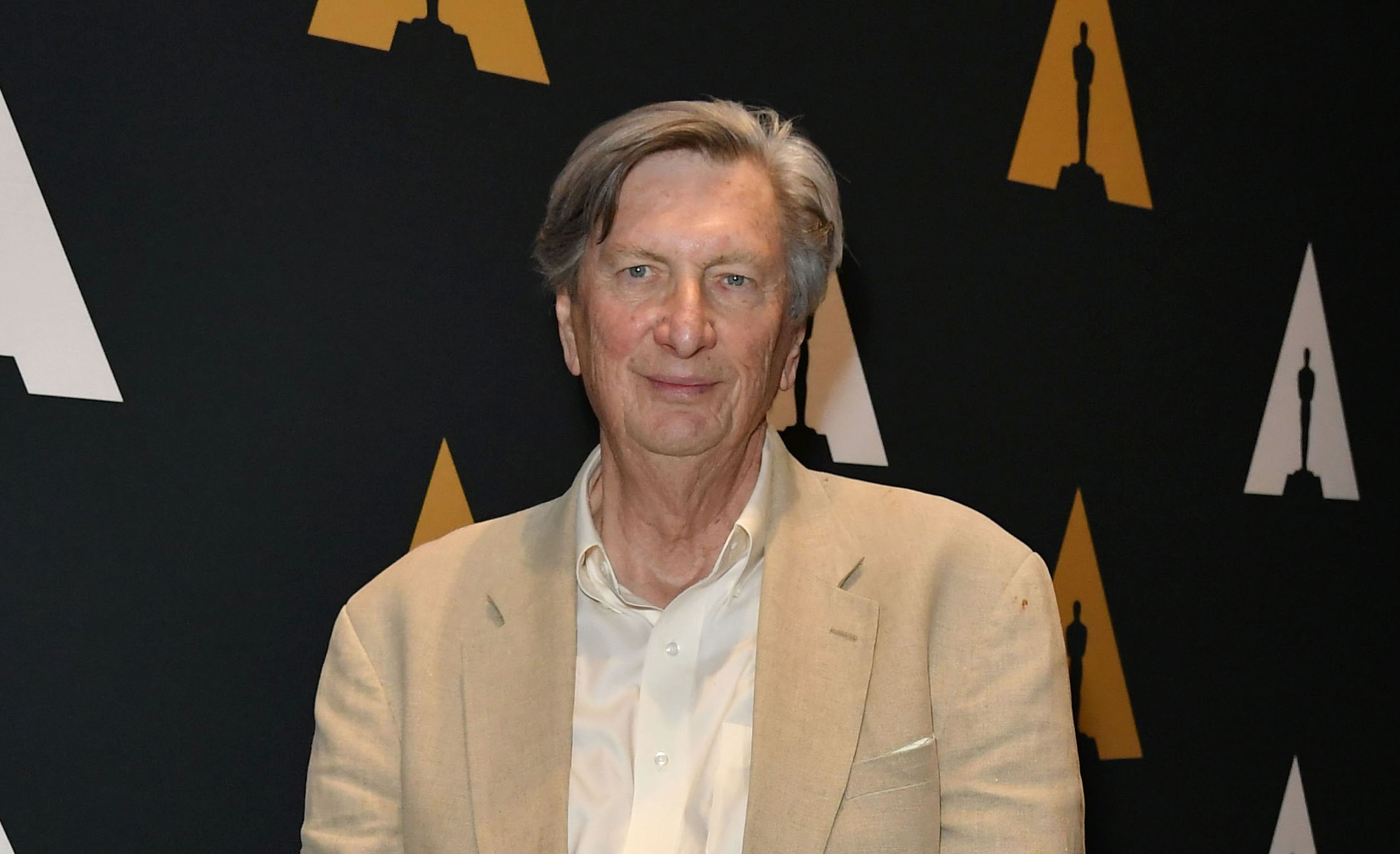 The veteran cinematographer (“The Big Chill,” “Groundhog Day”) will soon mark his first anniversary as president of The Academy, but his young tenure included a sexual harassment complaint from an undisclosed accuser. On March 27, two weeks after the report was received and The Academy’s membership committee launched an investigation, the accusation was unanimously dismissed. The Academy began 2018 by updating its Standard of Conduct; in recent months, the organization has voted for three expulsions — Harvey Weinstein, Bill Cosby, and Roman Polanski — more than the combined total in its previous nine decades. Also, despite extending membership to its biggest class ever, 928 individuals, in an effort to infuse youth and diversity into its ranks, recent Oscar winner Kobe Bryant (“Dear Basketball”) was denied entry. A hotel employee said Bryant raped her in 2003; the criminal case was dropped after she declined to testify. 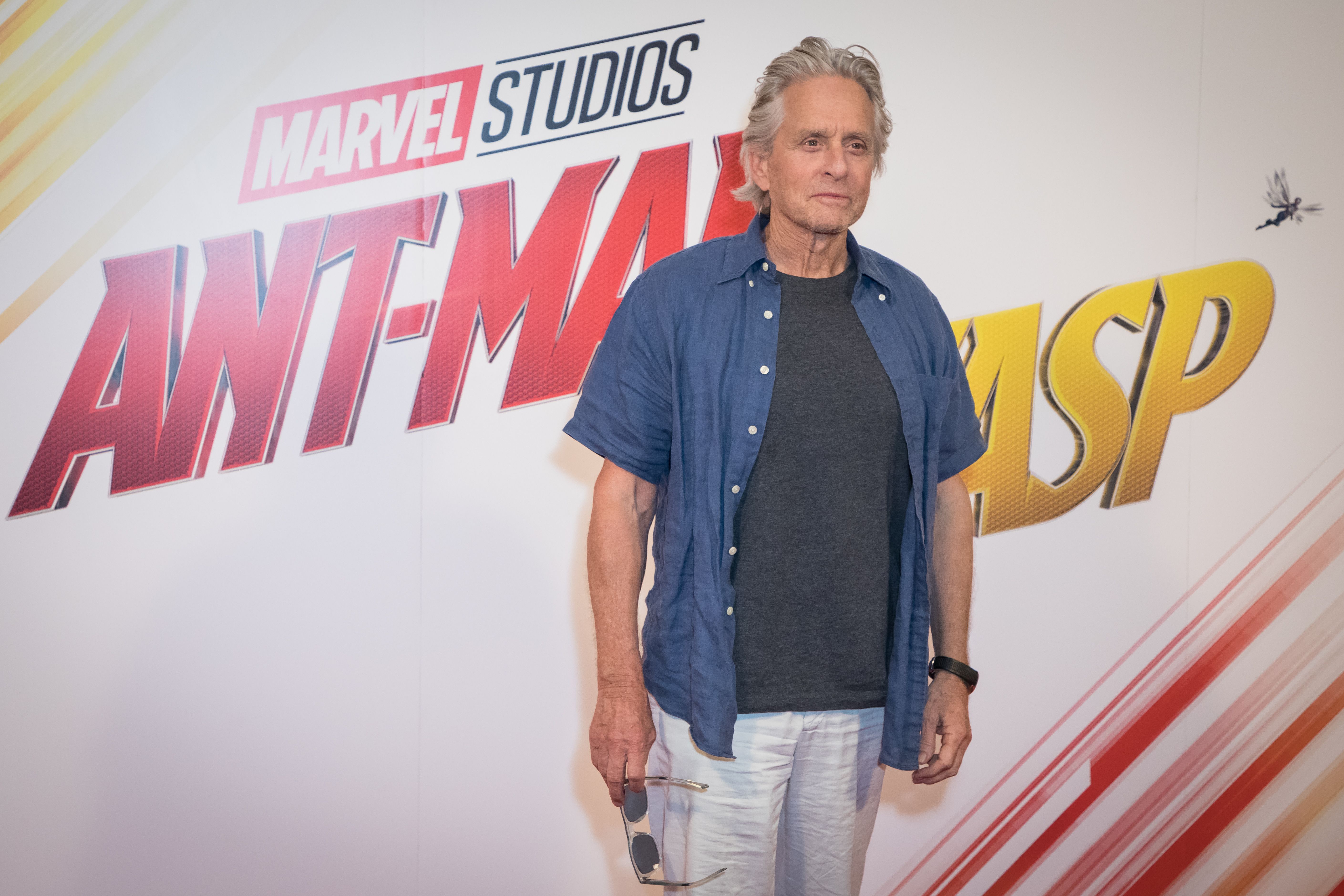 In January, the Oscar-winning actor and producer acknowledged that a former employee was about to publicly unveil a “complete lie” by alleging he masturbated in front of her in during 80s. Journalist Susan Braudy shared her story on “The Today Show” nine days later. Per her account, she watched Douglas “fondle himself” while she was in charge of his New York-based company, Stonebridge Prods. Douglas’ career has suffered little since. This summer, he participated in the marketing campaign for his latest Marvel feature, “Ant-Man and the Wasp,” and co-starred in another comic book adaptation, “Animal World,” for China’s Enlight Pictures (soon to be distributed worldwide by Netflix). Next year, he will play the lead role — an acting coach — in “The Kominsky Method,” a Netflix original series from “Two and a Half Men” creator Chuck Lorre. 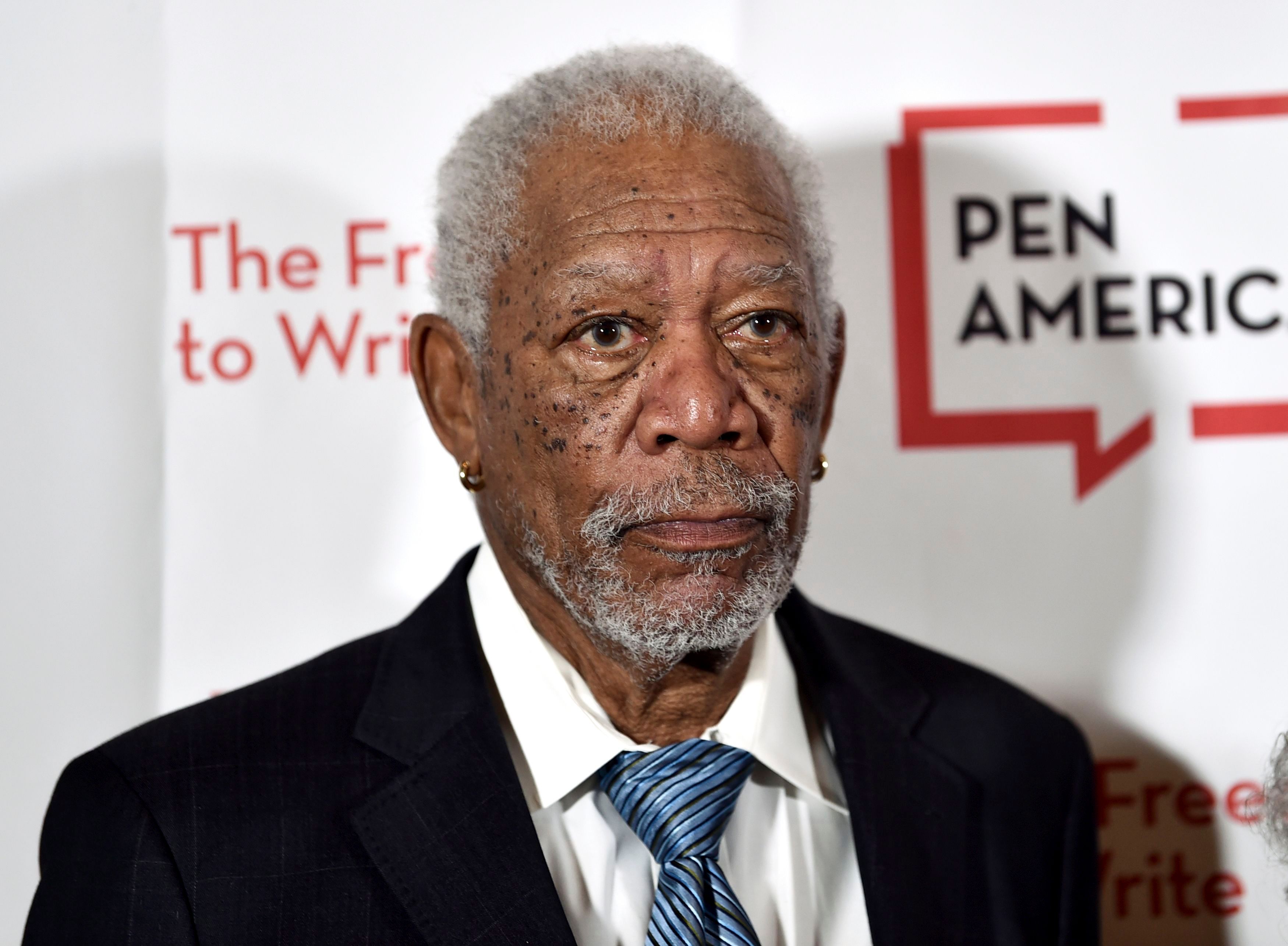 Eight women spoke to CNN about workplace harassment they allegedly endured from Morgan Freeman; the resulting article was published in late May. “Now You See Me” (2012) and “Going In Style” (2015) were two film sets where they remembered his misconduct, ranging from inappropriate comments to touching. The “Million Dollar Baby” Oscar winner first apologized to those who felt “uncomfortable or disrespected,” then elaborated to say he neither “create[d] unsafe work environments” nor “assault[ed] women.” Visa and Vancouver’s transportation network stopped airing commercials using his voice, but his onscreen collaborators like Disney (“The Nutcracker and the Four Realms,” out November 2) and the National Geographic Channel (“The Story of God with Morgan Freeman”) made no announcements about severing ties. Days after the CNN report, Freeman was photographed in Savannah, Georgia, filming scenes for his forthcoming feature “The Poison Rose.” 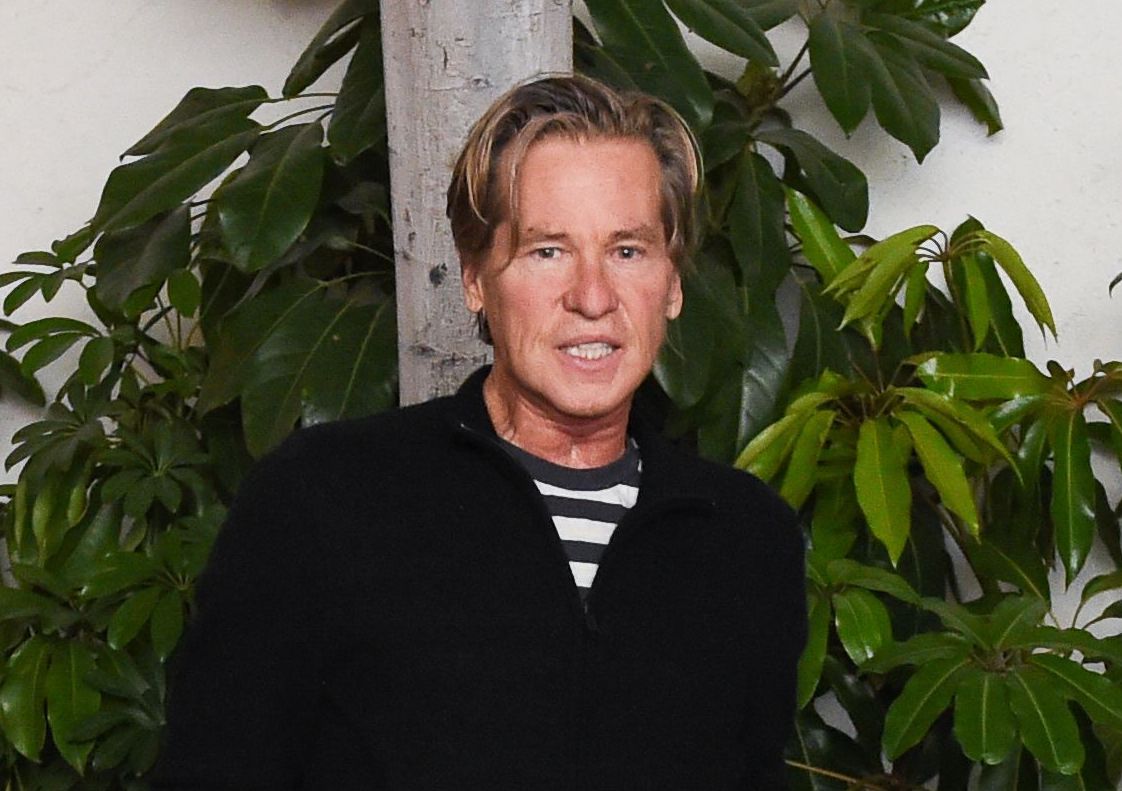 During her audition for the Oliver Stone film “The Doors,” Caitlin O’Heaney says the actor behind Jim Morrison, Val Kilmer, smacked her (while Stone chuckled). O’Heaney filed a police report and the three reached a settlement, which kept the actress silent until she broke the terms of her non-disclosure agreement last October. Among the actor’s upcoming assignments are “Top Gun: Maverick” with Tom Cruise, and biker gang drama “Riptide,” in which he will star opposite Mira Sorvino. 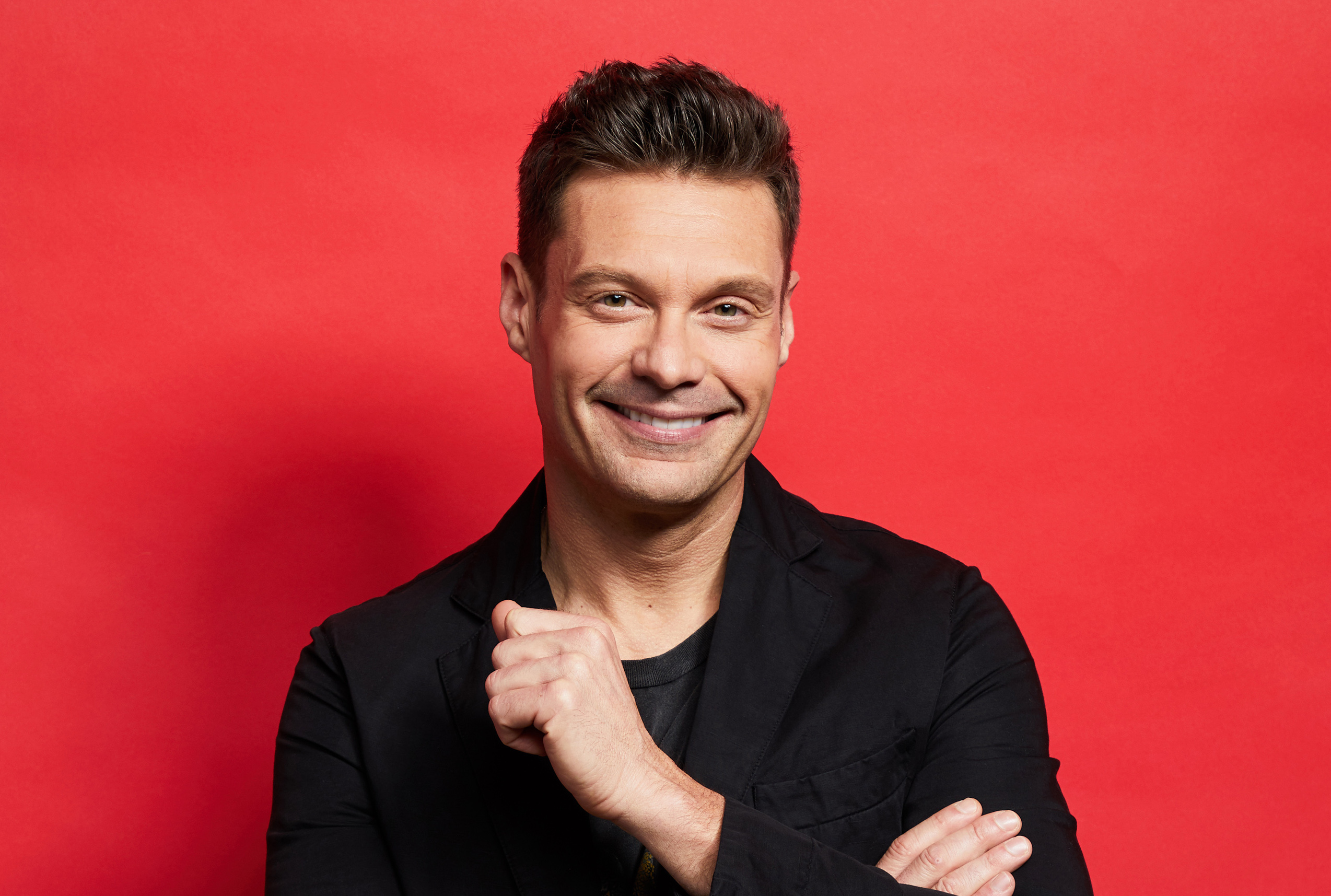 Suzie Hardy, who spent seven years as TV and radio host’s personal stylist, came forward in February charging the star had subjected her to “years of unwanted sexual aggression,” including groping and rubbing his erect penis against her. The previous fall, before her identity was known and while E! investigated the matter, Seacrest downplayed her “reckless allegations.” E! still dispatched Seacrest to helm its annual Academy Awards pre-show — to the disapproval of Taraji P. Henson — and he also kept his gigs at “American Idol,” “Live with Kelly and Ryan,” and KIIS-FM.

Page 1 of 2
Continue Reading: Beyond Chris Hardwick and James Franco: 12 More Men Back at Work Following Their #MeToo Accusations

This Article is related to: Film and tagged Chris Hardwick, Me Too, Sexual Harassment