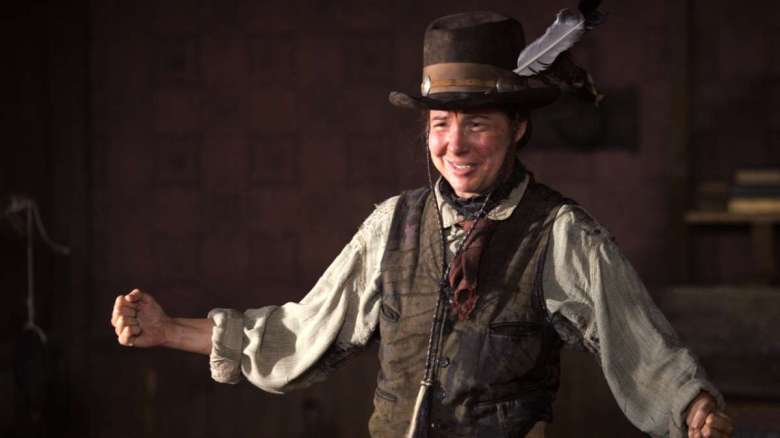 Rumors of a “Deadwood” movie have swirled since shortly after the critically beloved but little-seen HBO series was canceled in 2006, and it now appears closer than ever to actually happening. Robin Weigert, whose portrayal of Calamity Jane on David Milch’s dark Western earned her an Emmy nomination, tells the Los Angeles Times in a new interview that “there’s a 90% chance it’ll finally happen.”

“It’s safe enough to say it’s happening this fall,” Weigert said. “There’s a set being built and tax incentives to get it done. A lot of [actors] have signed on. There’s a 90% chance it’ll finally happen.” When the show was canceled after three seasons, plans for two two-hour movies wrapping up the story in lieu of further episodes were made — but, as often happens with such things, said movies have yet to be produced.

Ian McShane, who played Al Swearengen (and earned a well-deserved Golden Globe for doing so), said last year that a “two-hour movie script has been delivered to HBO” and, “If they don’t deliver [a finished product], blame them.” He added, “We’d all love to do it…It would be nice to see all of the old gang again.”

This Article is related to: Television and tagged Deadwood, HBO, Robin Weigert