They are just the latest two actors who — like many past Oscar winners — have been given roles that could have gone to disabled performers. 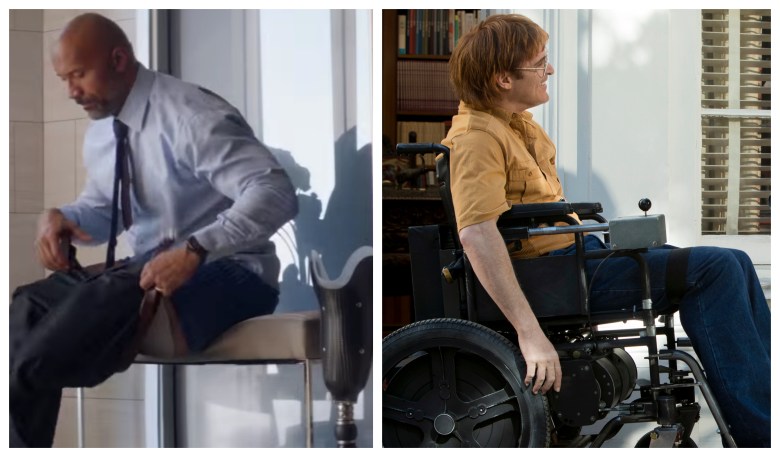 Dwayne Johnson in “Skyscraper” and Joaquin Phoenix in “Don’t Worry, He Won’t Get Far on Foot”

Today is a rare day in Hollywood: We have two major stars, Dwayne Johnson and Joaquin Phoenix, releasing films in which they play disabled characters. In “Skyscraper,” Johnson’s alter ego undergoes a below-knee amputation following an opening-scene explosion; “Don’t Worry, He Won’t Get Far on Foot” casts thrice Oscar-nominated Phoenix as John Callahan, the late artist who became quadraplegic in a car accident.

On-screen representation of disabilities is so infrequent it can seem like a fluke. According to the last U.S. Census, 19 percent of Americans have a disability, but a 2017 study from USC Annenberg’s Media, Diversity, & Social Change Initiative found that just 2.7 percent of all 2016 speaking roles included a discernible disability. So two in one week is progress, right?

Some disability rights advocates say: Nope. “We are over continually having non-disabled people trusted to tell our stories more than actual disabled actors,” said Rebecca Cokley, senior fellow for disability at the Center for American Progress. “It’s maddening and it’s inauthentic.”

Actors playing characters with physical or mental disabilities as a bid for Oscar attention is so familiar it’s a trope, as “Tropic Thunder” satirized back in 2008. And, it often works: Three Best Actor winners this decade (Colin Firth, Matthew McConaughey, and Eddie Redmayne) stemmed from roles representing real-life men with disabilities, while this year’s Best Picture victor and most-nominated title, “The Shape of Water,” starred Sally Hawkins as a woman made mute after a childhood trauma.

However, Cokely said that able-bodied celebrities who accept these jobs “[do] not know the actual lived experience of disabled people. Telling me that they spent time at a camp for kids with disabilities is not the same as being shouted, ‘Midget! Midget! Midget!’ when I go to pick up my dry-cleaning,” or “going for 20 job interviews, and not being able to get in the door.”

“Skyscraper” is not the first blockbuster to include a disabled character. The highest-grossing film of all time (number two when adjusted for inflation), “Avatar,” featured Sam Worthington in the lead role as an ex-Marine who uses a wheelchair; Worthington will return for each of four upcoming sequels. “X-Men: Days of Future Past” bucked trends casting Peter Dinklage as Bolivar Trask, a character who was not disabled in the source comics. (The two-time “Game of Thrones” Emmy winner is the lone disabled actor with a career most of his able-bodied peers would envy). That film and three more in the series co-starred Patrick Stewart as Professor X, who uses a wheelchair later in life.

Phoenix is considered a possible (though unlikely) Best Actor Academy Award prospect for “Don’t Worry,” despite The Ruderman Family Foundation calling his casting “a mistake.” IndieWire published a 2017 list of 59 actors who earned nominations as disabled characters (in work ranging from “My Left Foot” to “Forrest Gump”). Of them, only two — both winners for their film debuts — shared their counterparts’ disabilities: Marlee Matlin (“Children of a Lesser God,” 1988), who is deaf; and Harold Russell (“The Best Years of Our Lives,” 1947), a veteran who lost both hands during World War II. On the opposite end of the critical spectrum, Razzie champ “Battleship” did recruit retired Army colonel and double amputee Gregory D. Gadson for the cast.

Per the U.S. Department of Labor’s Office of Disability Employment Policy, people with disabilities are the third-largest market in the U.S., with $544 billion in annual disposable income. Still, 2016’s Ruderman White Paper On Employment Of Actors With Disabilities in Television surveyed 31 shows, and reported four disabled actors, less than two percent of everyone who appeared on-camera. Among them were Michael Fowler of ABC’s “Speechless,” who has cerebral palsy, and Darryl “Chill” Mitchell of CBS’ “NCIS: New Orleans,” who was paralyzed after a motorcycle accident a decade into his acting career. More often, such TV roles also go to non-disabled performers (think Terry O’Quinn on “Lost” — or his co-star on that series, Harold Perrineau, on “Claws”). 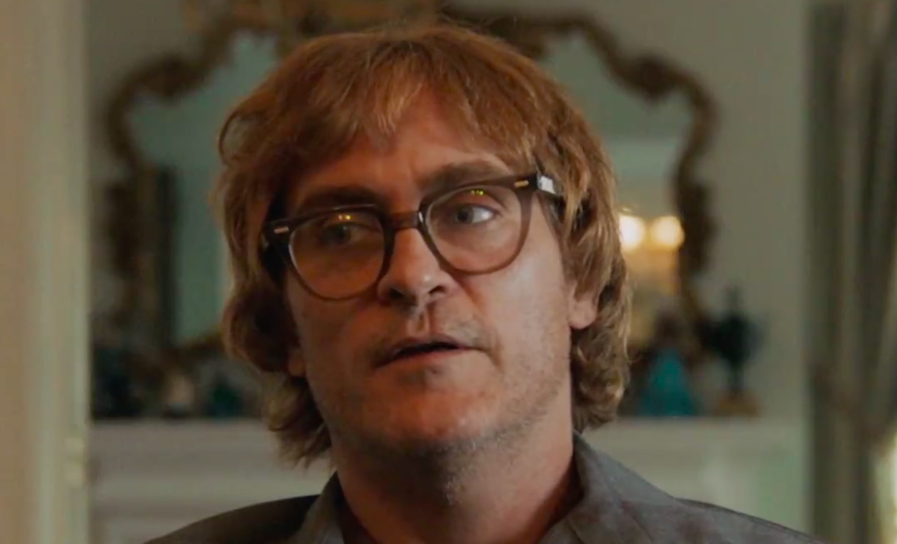 Phoenix in “Don’t Worry, He Won’t Get Far On Foot”

Paizis believes that including characters with disabilities — regardless of who plays them — is always a positive: “I think very, very good inroads have been made over the past five years,” especially in television, where he has become more aware of networks hosting diversity showcases.

“What I take issue with is when people are saying, ‘Well, we need to protest this movie, because the lead actor should have been someone with a disability,’” he said. “You’ve got to take those from Step A to Step B to Step C. Because there really aren’t any megastars who already have that, especially with physical disabilities.”

Russell Boast, president of the Casting Society of America and head of its 25-member Inclusion & Diversity Committee, wants to cultivate those megastars. “Everyone’s like, ‘Oh, now we need diversity everywhere. Who’s got a wheelchair user?’ In terms of the CSA and the world of television right now, I must get eight to 10 calls a week being like, ‘Where do I find—?’”

On January 7, 2018, across 15 locations nationwide, CSA hosted an open call for talent with disabilities. A thousand people were seen. “I did it to see if the talent pool existed, which it absolutely does,” he said. “I did it to show the world that these performers are out there and hungry and need to work. But I also did it to start at the beginning and say, ‘Where are the 10 performers with disabilities who, in five years time, could have a name like The Rock if we started working with them now?'”

Risk-averse film executives are hesitant to cast unknown entities — a “Skyscraper”-size vehicle would only go to someone with Johnson’s box-office stature. Lauren Appelbaum, communications director at RespectAbility, believes studios should institute a policy like the NFL’s 15-year-old Rooney Rule, mandating teams interview minority candidates for top coaching and operations posts.

“Having an authentic person with a disability adds to the movie,” she said, citing C.J. Jones of multiple 2018 Oscar nominee “Baby Driver,” and Maisie Sly of winning Best Short Film (Live Action) “The Silent Child.” The same goes for Millicent Simmonds, the deaf teen scene stealer of surprise hit “A Quiet Place,” and the young adults with Down syndrome who comprise the A&E reality show “Born This Way” (the three-time Emmy winner that received its 10th nomination Thursday). “There is this thirst within Hollywood for more creative stories, unique stories, and being able to accurately portray the lives of people with disabilities fits into those.”

On one point, representatives of the disability community are united: Every time an A-list actor assumes the role of a disabled person, members of the community should be integrated into the production as much as possible. “Give them opportunities to have just a day-player role, or something that the storyline is not about the disability, because that’s also one of the mistakes that we keep making,” said Boast. “As long as you are inclusive, then you can cast whoever you want, in whatever capacity you want.”

In March, RespectAbility launched a Hollywood Disability Inclusion Toolkit advising creatives on terminology and etiquette, and also providing referrals for hiring disabled actors and crew members (who should be accounted for in inclusion riders). Said Appelbaum, “When people work with people with disabilities, they’re going to be more likely to think to include people with disabilities in the pieces that they do.”

This Article is related to: Film and tagged Actors With Disabilities, Don't Worry He Won't Get Far on Foot, Skyscraper