She calls herself the "last woman standing." 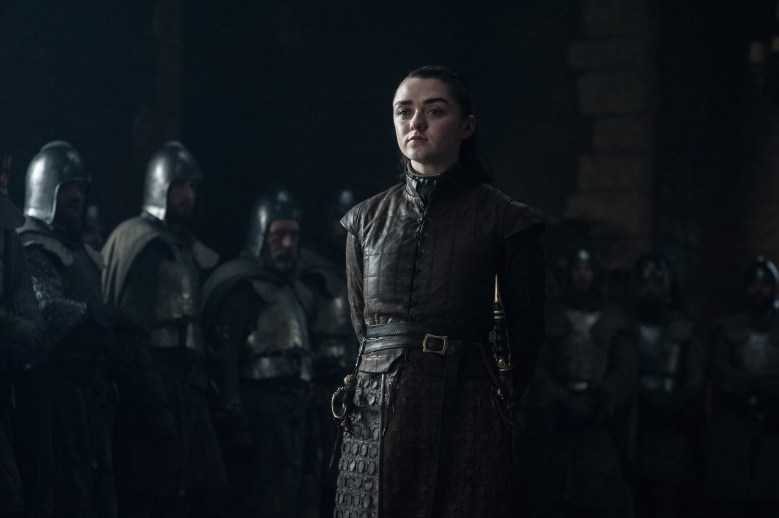 It’s been nearly a week since the final “Game of Thrones” wrap party, but production hadn’t yet concluded at the time of that soirée. It has now, according to Watchers on the Wall, which means that the eighth and final season has finally finished filming. Maisie Williams marked the occasion with an Instagram photo of her bloody shoes and a potentially ominous message.

“goodbye belfast. goodbye arya. goodbye game of thrones. what a joy i’ve had. here’s to the adventures to come,” Williams captioned her photo. Arya Stark is one of the last remaining characters on HBO’s high-fantasy drama, the penultimate season of which aired last year; given the show’s incredibly high body count, no one’s plot armor is thick enough to ensure they’ll survive.

Plot details for the remaining episodes are as tightly guarded as ever, though Sophie Turner has promised that “it’s going to be bloodier and more death and more emotionally torturous than all the years before.” “Game of Thrones” returns for its six-episode final season next year.

goodbye belfast. goodbye arya. goodbye game of thrones. what a joy i’ve had. here’s to the adventures to come #lastwomanstanding #barely #immasleepforthenextfouryears #justkiddingidontsleep

This Article is related to: Television and tagged Game of Thrones, Maisie Williams