The "Set It Up" favorite was reportedly one of the final three actors in consideration for the role of Goose's son in the "Top Gun" sequel. 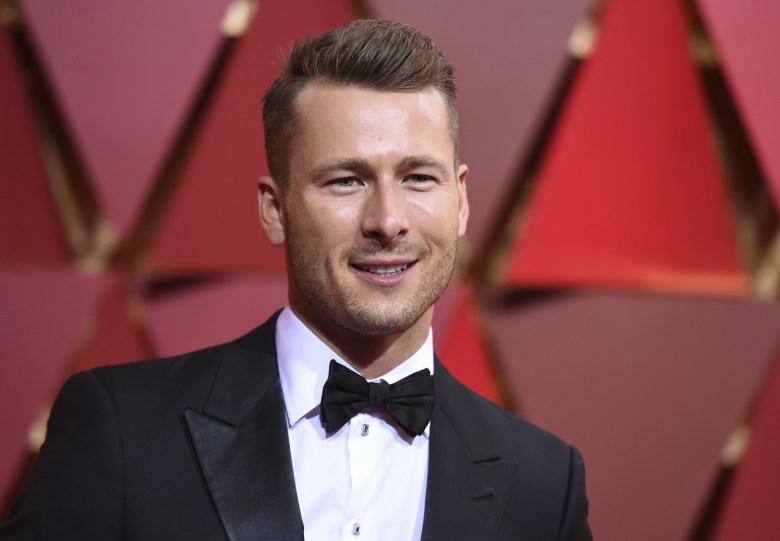 Glen Powell is at the point in his career where he’s ready to lead a major studio tentpole, but it turns out “Top Gun: Maverick” won’t be the blockbuster to do the trick. Miles Teller has beat Powell and landed the much-discussed role of  Tom Cruise’s younger protégé in the long-awaited “Top Gun” sequel. The character is the son of Goose, played by Anthony Edwards in the original. Powell reportedly screen tested for the role opposite Cruise (via Variety), but he lost out to Teller in the end.

Powell didn’t take long to react to the news of Teller’s casting. Minutes after Variety confirmed the “Whiplash” star was joining Cruise for “Top Gun: Maverick,” Powell took to his Twitter page to send the casting article to his followers with a caption that joked he was tearing down all of his Tom Cruise posters after being passed over for the sequel.

“I’m taking down all the Tom Cruise posters in my bedroom,” Powell joked. “Maybe, I’ll leave one. Two for symmetry. Okay, the posters are staying.”

Powell’s tweet seemingly confirms the rumor he was in the running to play Goose’s son. “X-Men” star Nicholas Hoult was also allegedly in the running before Teller was cast. Fortunately, Powell’s career is getting a major boost this summer as his Netflix romantic-comedy “Set It Up,” in which he stars opposite Zoey Deutch, continues to be a word-of-mouth hit. Powell’s other film credits include “Hidden Figures,” “The Expendables 3,” and “Everybody Wants Some!!”

Paramount Pictures will release “Top Gun: Maverick” in theaters July 12, 2019. Next up for Powell is a supporting role in “The Guernsey Literary and Potato Peel Pie Society,” which will be released August 10 on Netflix.

I’m taking down all the Tom Cruise posters in my bedroom. Maybe, I’ll leave one. Two for symmetry. Okay, the posters are staying. https://t.co/7gCpNLJCcz