In 2018, Ruth and Sam are a bold romantic pair, but the actors playing them spoke to IndieWire about why they keep trying to hold back the romance. 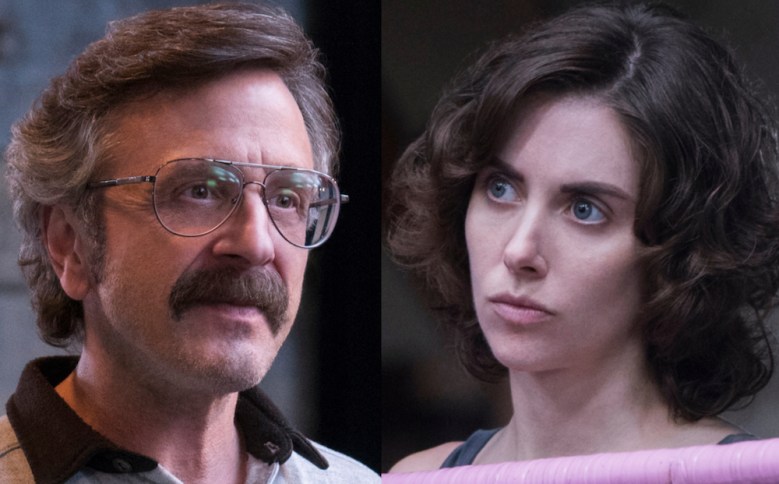 Are Sam and Ruth going to… date? That’s the question facing Marc Maron and Alison Brie’s “GLOW” characters, and it’s a big one. After all, the two aren’t just shy or closed off; they work together. They’re interpreting signals as best they can, along with the audience: Are they flirting or just being nice? Is this a professional friendship or something more intimate? In Season 1, it was hard to tell if anything was there at all; that is, unless you’re Marc Maron.

“I felt that it was there from the first episode,” Maron said in an interview with IndieWire. “I don’t know how people don’t read that.”

Perhaps fans were focused on another relationship.

“In Season 1, the love story was Ruth and Debbie, so for Ruth, she was not thinking about Sam in a romantic way,” Brie said.

No matter when the budding romance first began, things change in Season 2. Ruth and Debbie (Betty Gilpin) are still front and center in the story, but Sam’s feelings for Ruth can no longer be ignored.

IndieWire sat down with Brie and Maron to discuss how this somewhat unexpected relationship developed, what they do as actors to build chemistry, and how “GLOW” expertly handles a will-they-or-won’t-they tension between employer and employee in 2018. 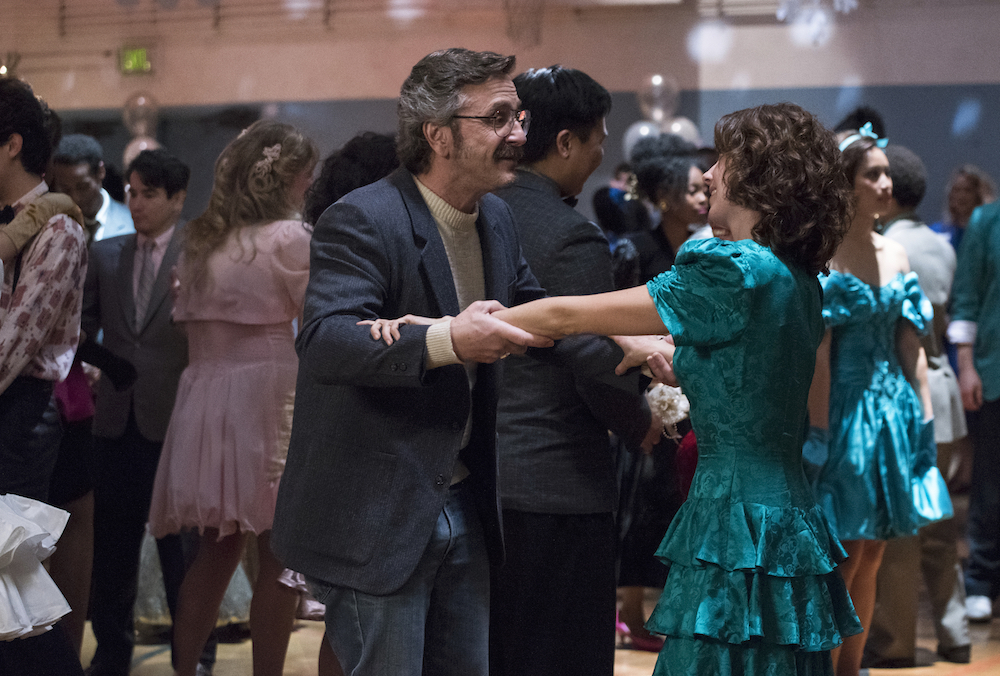 I wanted to ask about the romantic tension between Sam and Ruth. Early in Season 2, there are some vibes coming from Sam even though Ruth is looking the other way.

Maron: I felt that whatever the chemistry or tension was between us, it was there right at the beginning and most of my bullying of her, as Sam, was really just weird, mutated affection. I never saw them as anything but kind of romantically connected.

Brie: I mean, look: Has our chemistry been undeniable from day one? Yes. [laughs] I think for me it was that in Season 1, the love story was Ruth and Debbie. So for Ruth, she was not thinking about Sam in a romantic way, really, even though he was very heroic in helping her get her abortion and things like that. He became sort of her closest friend on the show, but the love and passion was more directed toward Debbie.

In Season 2, […] there’s a new character on the show who’s also a possible love interest for Ruth, but I was really against it when we got the very first script and they actually had me come in to read with some of the guys auditioning for the Russell character. I definitely called Liz [Flahive] and Carly [Mensch], our showrunners, to be like, ‘I don’t know about Ruth having a romance right away. What is this going to look like?’ It made me very uncomfortable, and I think I was just very protective of the Ruth and Debbie relationship.

But it ends up becoming a big theme in Season 2 for me: Is Ruth allowed to have a romantic relationship while Debbie is still in her life, after what she’s done to her as a friend? Does she deserve happiness at all? Also, as an actress, I was like, ‘What does Ruth look like when she’s in a relationship?’ I don’t think she’s ever had a healthy relationship with a man.

And there’s a line in there about how long it’s been since she was excited about dating someone.

Brie: Yes! I think she’s slept with a lot of losers from her acting class and things like that. So this season, it’s very interesting for her to find herself in the most subtle love triangle of all time. She even surprises herself that she’s capable of having feelings like that.

Maron: I think when it comes to [Sam and Ruth’s relationship] almost happening…

Maron: Yeah, but the scene in Episode 9, how we both handle that, our relationship goes on, and I think it’s even stronger after the misfire. 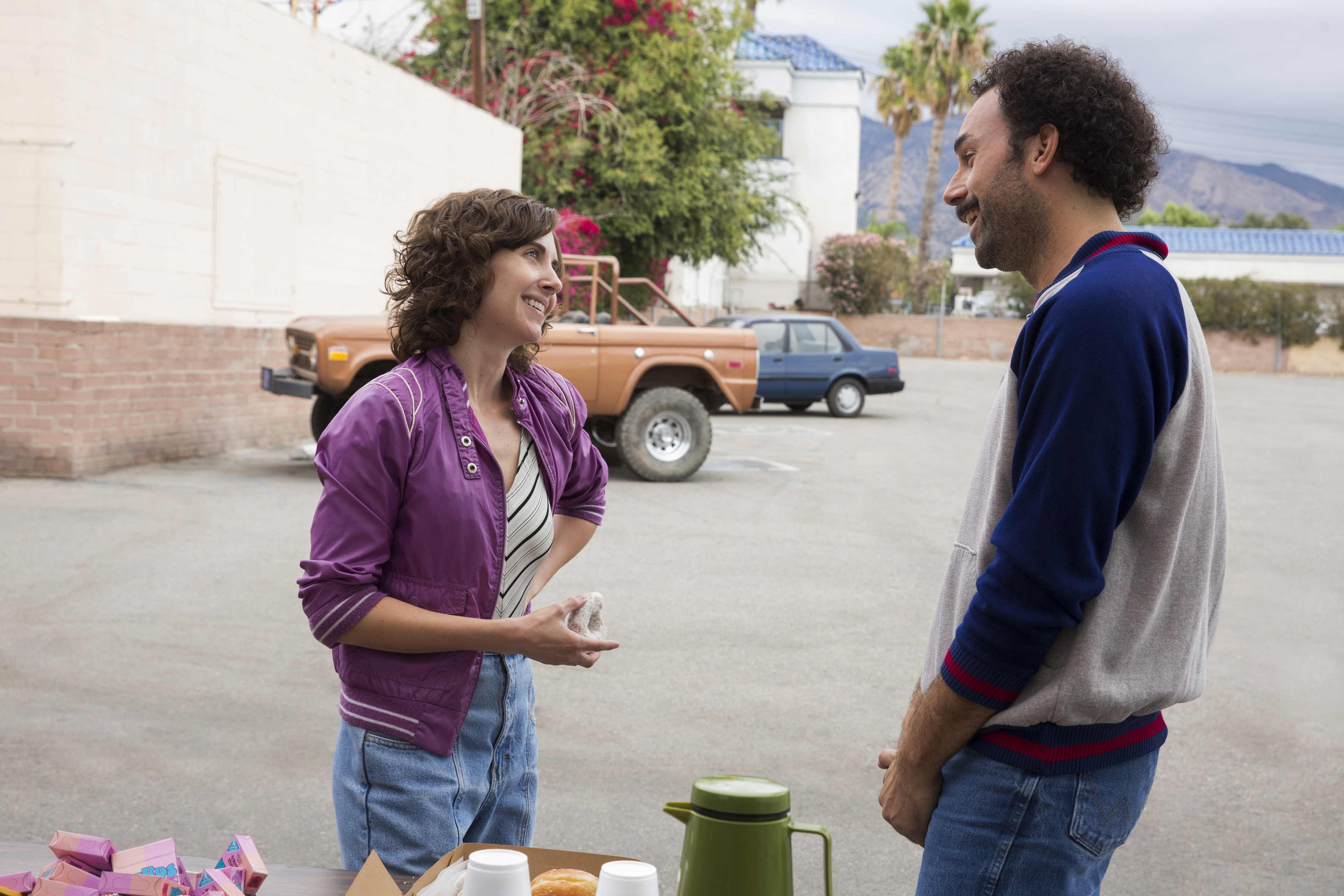 Brie: […] But [the romance] is something that I hardly ever think about, except to try to put the brakes on it as much as possible, which is what I think Ruth is trying to do.

Maron: Sam is shut down, but I think he’s probably more protective than he is emotionally incapable. Certainly in this season, I think once [the scene in the movie theater] happens, it really becomes clear that Sam is not as un-self-aware as you assume. He’s sort of conscious of taking care of her to a certain degree, or looking out for her, but he knows who he is. I think that’s really the first time you hear him voice that. It’s sort of hard to avoid it when you’re in a minimally filled movie theater for your own film festival.

Brie: I feel like another part of it that should be pointed out is just the fact that Sam is Ruth’s boss. [Ruth is] such a professional. We see how she reacts to a man trying to exert sexual power over her in Season 2, and it really rocks her. I think she’s very naive when it comes to that kind of stuff, and she also has very low self-esteem. She’s been overshadowed by her very beautiful friend throughout their entire friendship, so I don’t know that [a romance at work] would occur to her. It’s not the most natural thing to occur to her that a man would be interested in her.

And also, Sam is so volatile. As much as she thinks they’ve become really close friends and now she has full rein to speak freely and make decisions about the show, Sam exudes his power over her immediately. She lets herself be vulnerable in front of Sam, but she gets hurt so often by it.

It’s difficult to asses that kind of relationship in general, given that they work together and the friendship they’ve built outside of work.

Brie: One of the main things they have in common is they want this show to be a success, maybe more than anyone. So I do think there’s some mindfulness of not wanting a thing like that to ruin this thing they’re creating. 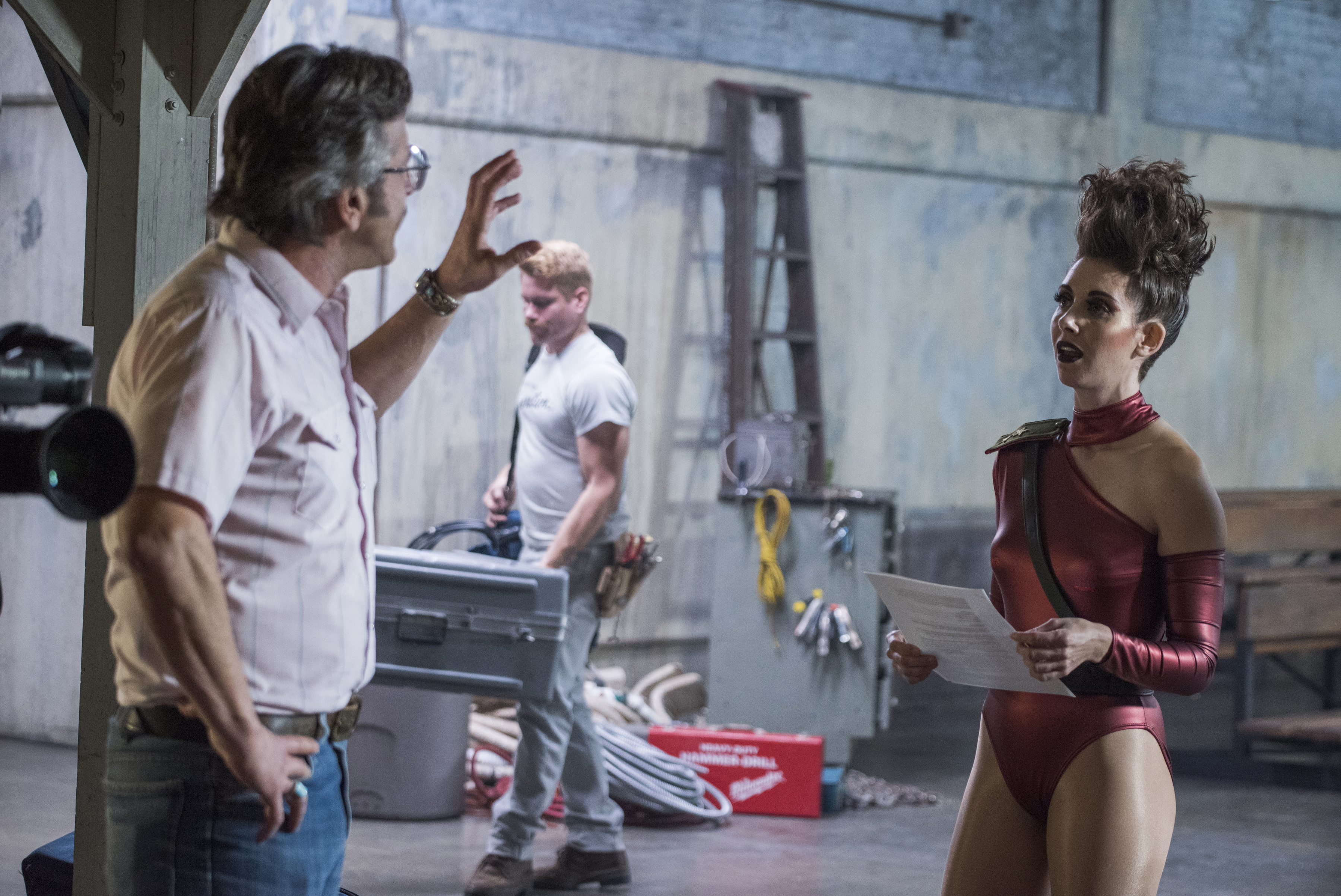 What do you do as actors to build chemistry when your character is either in the dark, like Ruth for most of the season, or repressing his feelings, like Sam?

Maron: When I’m with Alison, I’m pretty open. When I see what’s happening, I’m pretty wide open inside, so I find myself stifling feelings in character.

Brie: Yeah, me too! It sounded like I was joking when referencing our chemistry before, but that’s something that comes very naturally to both of us when we’re around each other. It’s actually sort of easy to play these scenes when we’re fighting against that–

Maron: Because we’re doing it in real life.

Brie: [laughs] Well, as people, we are sort of open and vulnerable-

Maron: Yeah, she’s just so in love with me and can’t admit it.

Brie: Do you see this? This is why I can’t do interviews, honestly.

Maron: That’s never come up before, actually. That, specifically.

Brie: It truly is something that comes up with you and with Betty, as well; a neutral chemistry, that happens woman-to-woman as well.

Maron: I know, I know. You’re just jerking us all around.

This Article is related to: Television and tagged Alison Brie, GLOW, Marc Maron