In "Postpartum," everything from the choice of Bible verses to the set dressing reminds the audience of this show's most important truths. 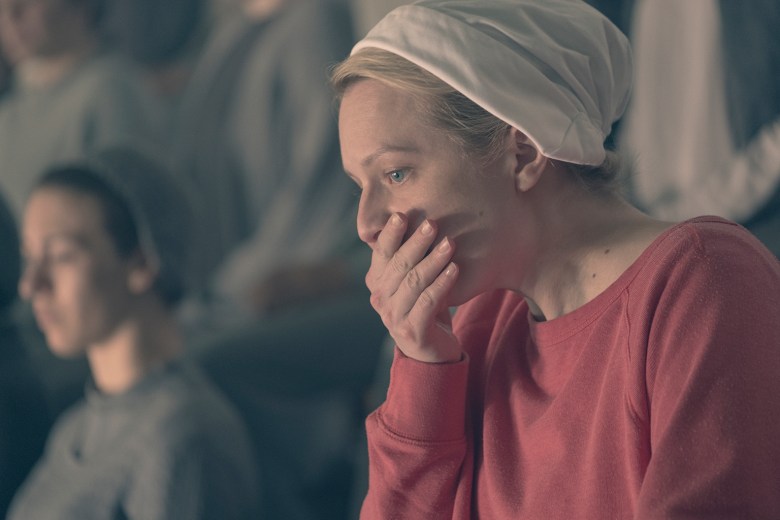 Not exactly a Disney princess.

As always, “The Handmaid’s Tale” excels when it comes to the details. In “Postpartum,” the second-to-last episode of Season 2, the sense that the show is shifting plot elements into place isn’t present on the level of a show like “Westworld.” Instead, the installment focuses on a few key storylines, and while one of them — Emily’s new posting with the mysterious Commander Lawrence (Bradley Whitford) — definitely feels like setup for the finale, the bulk of the episode instead focuses on resolving narratives in a way that reminds us just how cruel this world is, even in moments when June (Elisabeth Moss) and others find a way to connect.

At the center of “Postpartum” is the tragic tale of Eden (Sydney Sweeney), who was never likely to find a happy ending in Gilead, despite all of her initial efforts to be “a good wife” to Nick (Max Minghella). Too young and naive to understand just how dire her circumstances are, her decision to pursue real love elsewhere and attempt to escape with Isaac (Rohan Mead) ends with a blunt inevitability — captured by officials, the pair is executed for adultery.

Everything about Eden and Isaac’s execution, from the use of a pool that once hosted far more innocent public events, to the horror on the faces of witnesses (especially June’s, just after she’d been making fun of Eden’s youth), to the unknowing squalls of newborn Nichole/Holly, is haunting. As the executioner demands that they plead for mercy, a plaintive mother screams her daughter’s name, and there’s a new layer of resonance to Eden, a young girl born in a time desperate for any new life, a time and place where true Eden feels like a lost cause.

Every aspect of the scene works in concert to horrify, but one element stands out above all: the barbells. Not the ones chained to Eden and Isaac, but the ones left at the bottom of the pool. Bodies decompose and rot, so they’d need to be removed from the water (to presumably be hung on that infamous wall). But the clean-up team has left behind a dozen reminders of previous times this method of murder has been used by the state, carelessly abandoned. 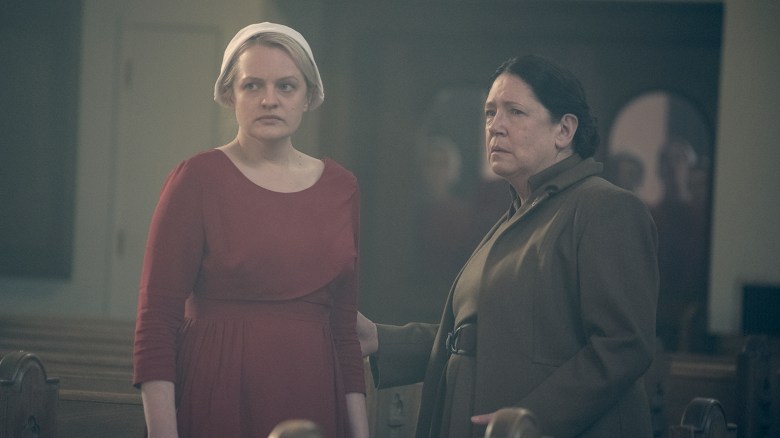 On the one hand, we don’t want this show to present constant examples of brutality in order to keep us remembering just how bleak a scenario this is. “Handmaid’s Tale,” after all, gets enough criticism for being hard to watch.

But the danger of the series, just as in real life, is the viewer coming to accept certain situations as “normal,” a theme that has always been a part of the narrative, even explicitly laid out by Aunt Lydia (Ann Dowd) in the pilot: “I know this must feel so strange, but ordinary is just what you’re used to. This may not be ordinary to you now, but after a time it will. This will become ordinary.” Reminding us just how creative Gilead can be when it comes to keeping its people in line is an essential part of that.

There’s no real Biblical precedent for the use of drowning as a means of public execution (probably because there weren’t a lot of swimming pools around during Biblical days), which continues to speak to one of the show’s most important choices — to both acknowledge the Christian undercurrents of the story, originating all the way back in Margaret Atwood’s original novel, and showcase how Gilead isn’t all that Christian a nation.

It’s something showrunner Bruce Miller made clear from the very beginning, that while Gilead is technically rooted in Christianity, the type of Christianity being practiced isn’t exactly what Christ had in mind. “It’s a society that’s based in a perverted misreading of Old Testament laws and codes,” Miller said at the Television Critics Association press tour in 2017. “They aren’t Christians, the people who are running Gilead.” 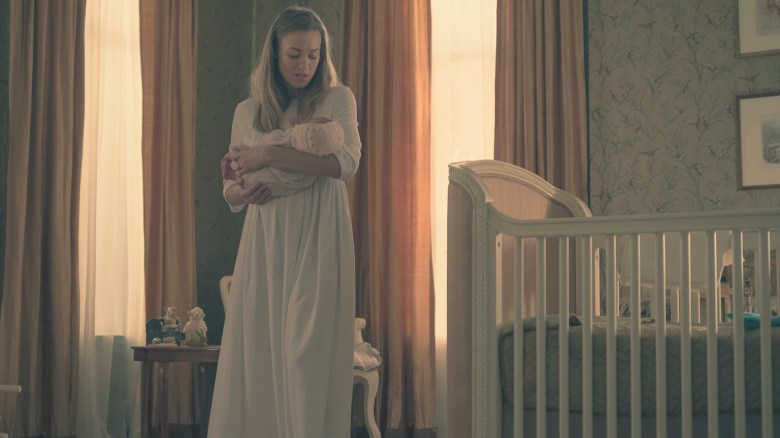 The fact that Eden’s dying words are from 1 Corinthians 13, “Love is patient, love is kind. It does not envy, it does not boast, it is not proud…” is significant given that Eden is quoting from the New Testament, which should be equally important to those running Gilead if they were more than Christian in name only. For while on the surface it’s easy to interpret her words as the earnest beliefs of a lovesick girl, it’s more complicated than that. The word being translated as “love” is, in the original Greek, agape, which refers not to romantic love but a selfless and pure love for others — the sort of sentiment that feels quite alien to what’s happening in this society.

Contrast those words with what Serena Joy (Yvonne Strahovski) quotes at the end, from the Old Testament Book of Isaiah (an approximation of the King James translation): “Thus said the Lord, even the captives of the mighty shall be taken away and the prey of the terrible be delivered. I will contend with he who contends with you and I will save your children.”

“Postpartum” is the penultimate episode of the season, and it ends with something that almost represents optimism — Serena allowing June to nurse the baby directly, an act of kindness and empathy that feels like a direct reaction to the horror of what we just saw. While not hugely seismic on a plot level, it’s an episode that reinforces the stakes in play here, while also reminding us of what is now long lost: a world where justice and mercy, love and kindness, were still a factor in the rule of law.

Special thanks to Professor Whitney Cox of Rowan University for input on this piece.

This Article is related to: Television and tagged Bruce Miller, The Handmaid's Tale