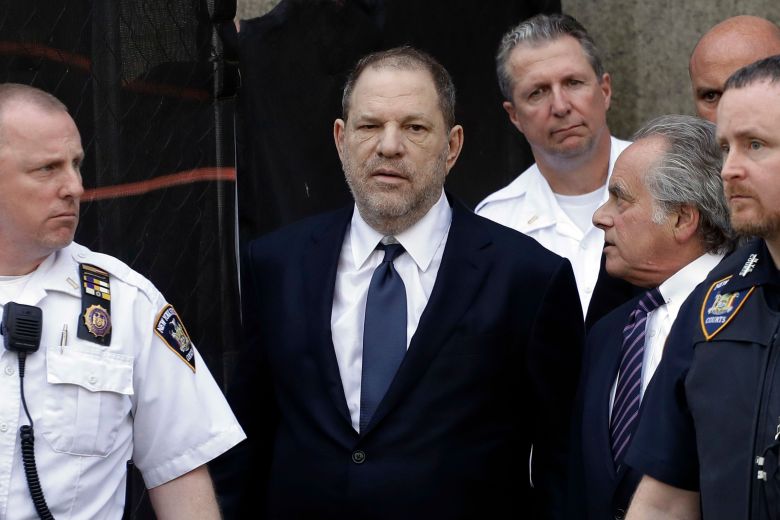 Harvey Weinstein leaving a New York courthouse on June 5, after pleading not guilty to three charges

Harvey Weinstein has received his second indictment from a Manhattan Grand Jury in the past 33 days, Deadline reports. The former co-chairman of Miramax and the Weinstein Company [TWC] faces three new charges, announced Monday morning by the office of borough’s district attorney, Cyrus Vance Jr.: one count of a criminal sexual act in the first degree (tied to a 2006 incident), plus two counts of predatory sexual assault. In late May, Weinstein was indicted on an additional trio of charges, which carry a maximum prison sentence of 25 years: first-degree rape, third-degree rape, and another first-degree criminal sexual act. To those, he pleaded not guilty.

In a statement, Vance Jr. called the legal allegations against Weinstein “some of the most serious sexual offenses that exist under New York’s Penal Law.” He continued, “This indictment is the result of the extraordinary courage exhibited by the survivors who have come forward. Our investigation continues. If you are a survivor of the predatory abuse with which Mr. Weinstein is charged, there is still time to pursue justice. Please call us at 212-335-9373.” Weinstein is also under investigation by police in London and Los Angeles.

The predatory sexual assault charges could result in life imprisonment for the pariah ex-producer, who was fired by his latter studio on October 8, in the midst of Pulitzer Prize–winning reporting on his alleged sexual misconduct by the New York Times and the New Yorker. Exactly seven months later, a Delaware bankruptcy court approved TWC’s sale to Dallas private-equity firm Lantern Capital Partners, whose stalking-horse bid for the studio went uncontested before the auction deadline.

However, Variety reported last week that Lantern Capital almost backed out after that ruling, due to millions in delinquent payments that the studio owes to talent like Quentin Tarantino, Meryl Streep, Robert De Niro, and many others. Both parties were back in court Friday, asking a judge to approve the sale for a new price, $287 million, $23 million less than what was previously offered.

Weinstein’s rep said he will respond to the second set of charges later today. IndieWire will update this post accordingly.

This Article is related to: Film and tagged Harvey Weinstein, Sexual Harassment, The Weinstein Company