Also: Sissy Spacek already wants to be in the next Stephen King adaptation — "whatever he's doing next." 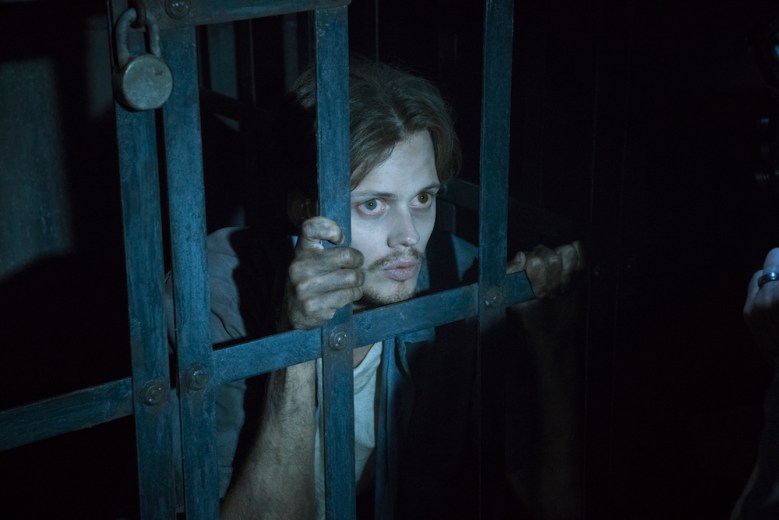 “He combines horror with humor,” Sissy Spacek said during a Comic-Con panel for her new Hulu show, “Castle Rock.”

“He’s a writer who returns to the scene of the crime,” offered Sam Shaw, the co-creator. “He’s been raining down [pain] on Castle Rock for decades. You have to wonder who the fuck would still live in this town — which was an interesting question for us.”

“Often you’ll start in one genre and you’ll end up in a totally other genre by the end of the book,” fellow co-creator Dustin Thomason said, noting “The Stand” as a prominent example. “We wanted to start in one place and take you to a strange and unexpected place by the end.”

With all that in mind, “Castle Rock” became an interesting challenge. Based in the “Stephen King multiverse,” per Hulu, the series is set in the author’s oft-utilized town of Castle Rock, Maine, and makes reference to a few known characters and locations from King’s books. Otherwise, it’s a fresh narrative created with new characters in a modern setting.

But it’s also a J.J. Abrams’ production, and the executive producer behind popular series like “Westworld” and “Lost” is known for his mystery box storytelling. Many of his shows are propelled by questions, be it small ones like, “Which one of these people is actually a robot?” or big ones like, “When and where is all this happening?”

King doesn’t often write that way, so where does “Castle Rock” fall in the balance between its inspirations?

“J.J. Abrams — our overlord and sponsor and boss — […] is the king of mystery boxes,” Shaw said. “So we were figuring out how to balance the demands of two different types of storytelling. We tried to chart a course that’s driven in some ways by mysteries, and then also answers some questions earlier than the audience expects.”

Their work earned the approval of at leat one authority on Stephen King adaptations: Carrie White herself.

Prior to the panel, Hulu screened the first episode for fans in the expansive Ballroom 20. Early reactions to the series have been largely positive, with a few rave reviews. IndieWire gave the first four episodes a B+, describing them as “smart, fun scares [with] deeply felt, well-founded characters.”

It seems like Spacek agrees. She’s already eager to get back into King’s world, no matter which title is adapted.

“I want to be in the next one — whatever he’s doing next,” Spacek said.

This Article is related to: Television and tagged Castle Rock, Hulu, JJ Abrams