Hopefully this won't be a case of art imitating life. 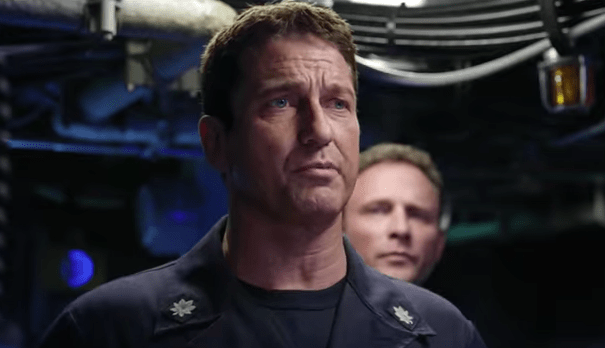 Sadly, “Hunter Killer” is not about Gerard Butler and Gary Oldman hatching a plan to intercept the pee tapes to bring down Donald Trump, but it’s not too far off. The action thriller from Lionsgate is named after a new class of submarine with nuclear capabilities, and it involves rescuing the Russian president from kidnapping. “Hunter Killer” has assembled a veritable feast of quality action actors; Common, Linda Cardellini, and Toby Stephens join Butler and Oldman in the military thriller. It also stars Swedish actor Michael Nyqvist (“John Wick,” “Mission Impossible — Ghost Protocol”) in his last film role since his death in 2017.

The official synopsis reads: “Amid heightened tensions between the US and Russia, a new generation of highly sophisticated nuclear attack subs called hunter killers prowl the murky depths. When the Russian president is captured by his rogue general, an untested American submarine captain (Butler) teams up with an elite group of Navy SEALs to save him. Now the Americans and Russians must work together to avoid worldwide disaster.”

“Hunter Killer” is based on the book, “Firing Point,” written by retired naval officer George Wallace and author Don Keith. It is directed by Donovan Marsh. Lionsgate’s Summit Premiere will release “Hunter Killer” in theaters on October 26. Check out the trailer below.