The Troma Studios founder, who employed Gunn at the start of his career, had a harsh assessment of Disney's history. 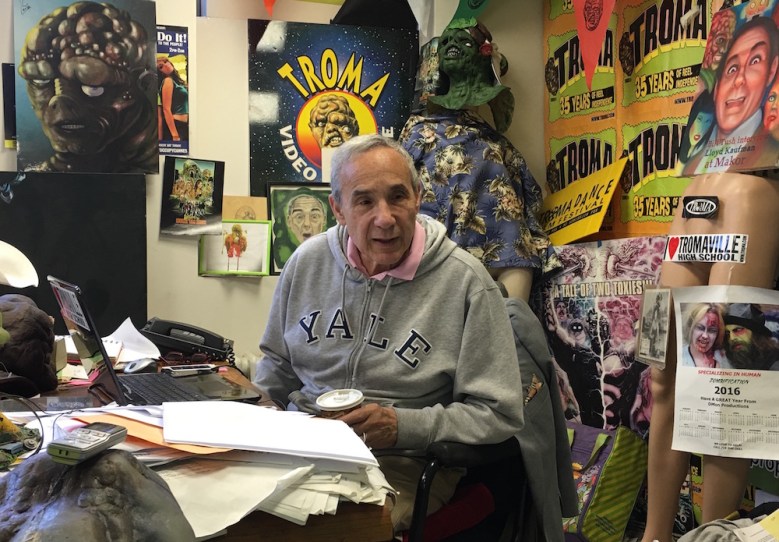 In the days following Disney’s decision to fire director James Gunn from “Guardians of the Galaxy Vol. 3” in response to offensive tweets from several years ago, several of his closest collaborators have spoken up in his support, including “Guardians” stars Dave Bautista, Zoe Saldana, and Chris Pratt. Over the weekend, one of Gunn’s oldest collaborators added his voice to the fray: B-movie mainstay Lloyd Kaufman, whose Troma Studios employed Gunn early in his career, beginning with his screenplay for 1995’s “Tromeo and Juliet.”

On Saturday, Kaufman posted a brief video to his Twitter account from San Diego Comic-Con, which the 72-year-old filmmaker clutched a doll based on the lead character from his film “The Toxic Avenger.” In the 15-second video, Kaufman called Gunn “the nicest, most generous, talented, and decent person I’ve known in my 50 years of making movies.” However, in a longer version of the video provided to IndieWire by the director, Kaufman continues by arguing that Disney’s decision to fire Gunn is hypocritical.

“If Disney wants to kick somebody else out, they should look at their own movies, their sexist, racist movies that have influenced an entire generation of Americans,” Kaufman says in the clip. “Why do we have so much racism and sexism? It may well have to do with the Disney movies. So maybe Disney [you] should fire yourselves.”

Kaufman doesn’t go into details, but the studio has contended for years with antiquated racial and gender stereotypes in many of its earlier titles, from the minstrelsy of the crows in “Dumbo” to the archetype of the Disney princess.

Kaufmann is currently in Queens shooting “Shakespeare’s Sh*tstorm,” an adaptation of “The Tempest” and the loopy independent studio’s first adaptation of the Bard’s work since “Tromeo and Juliet” more than 20 years ago. Nevertheless, he vowed to take continued action against Disney in response to Gunn’s firing. “To all the fans who are here at San Diego Comic-Con, go and picket and do a demonstration at Disney,” Kaufman says at the end of the video. “Uncle Lloydie will be there with you. Tell ’em you love James Gunn. I do!”

Disney did not respond to a request for comment.

Kaufman’s video coincided with an online fan petition calling for the studio to re-hire Gunn, which gained thousands of signatures over the weekend.

Watch Kaufman’s video in full below:

This Article is related to: Film and tagged Disney, James Gunn, Lloyd Kaufman