A new epic from the director of "House," a Murakami-like sexual odyssey, and a delirious anime highlight the annual fest of Japanese films. 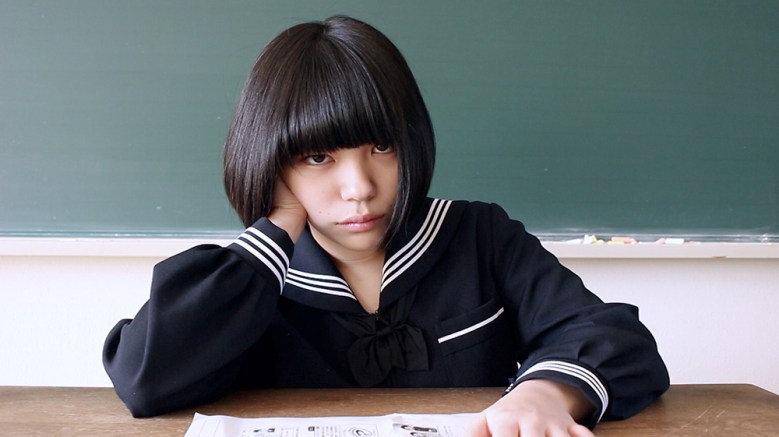 It’s good to be a cinephile in New York City. Every summer — just when it seems like all of the most anticipated blockbusters have already come and gone, and the dog days of August are beginning to bark at the door — a string of incredible film series arrives to tide us over until the fall. Two of those events have become inextricably knotted together, The New York Asian Film Festival and JAPAN CUTS transforming July into a month-long celebration of Asian cinema.

And while the festivals once fed into each other and co-presented certain screenings, JAPAN CUTS has grown into an annual institution that’s more than capable of standing on its own. Sold-out screenings of explosive new films, bonafide classics, cult oddities, and numerous cat-based adventures (shout out to the legendary “Neko Samurai”) have made it into a fixture of the city’s film scene.

The 2018 lineup is a characteristically awesome testament to the adventurous programming that’s always set JAPAN CUTS apart — these aren’t just the best classic and contemporary Japanese films, they’re also the darkest (“Foreboding”), the most daring (“Call Boy”), and the most deranged (“Night Is Short, Walk on Girl”). They’re the silliest (“We Make Antiques!”), and the splashiest (“BLEACH”), and the most sentimental (“Mori, the Artist’s Habitat”). Seen together, this mad blur of high and low art coheres into a comprehensive snapshot of one of the world’s most exciting national cinemas — it’s the closest you can get to Japan without actually going there.

“Amiko” is the kind of movie that JAPAN CUTS is all about — the kind of movie that American audiences would never get to see (or even know about) if not for the work of eagle-eyed programmers who are determined to cut through the gatekeeping of international distribution and bring us an unfiltered look at foreign indie cinema. A scattershot but deeply exciting debut from 20-year-old writer-director Yamanaka Yoko, the micro-budget “Amiko” tells the universal story of a bored schoolgirl who begins to obsesses over a boy in her class after they bond over their shared love of Radiohead (sample dialogue: “I wonder if Thom Yorke wakes up, looks in the mirror, and thinks, ‘Ah, I’m Thom Yorke again today.’”). Unfortunately for the eponymous heroine, her crush absconds to the big city, where he shacks up with Amiko’s arch-rival. Teenage frustration ensues.

Shot with a shaggy, percussive energy that vaguely recalls the rebelliousness of the French New Wave, “Amiko” is a 66-minute tizzy of aimless voiceover, drab digital cinematography, random dance sequences, and adolescent ennui (“Ordinary, poor souls could never understand the two of us,” Amiko sighs). It’s a coming-of-age story that wriggles and screams with the frustration of growing up, as Yamanaka taps into her own recent experience to crystallize that time in your life when you’ve got all the energy in the world and nowhere to put it — all the emotions you can feel but no one to answer them.

But underneath all of the naked bodies and squishy sound effects, “Call Boy” is an intriguing portrait of desire and discomfort — in its knowingly ridiculous way, the film offers a compelling glimpse into the hearts, minds, and underpants of regular people whose lives are shaped around their shame. Just wait until you meet the 70-year-old woman who can orgasm just by engaging in polite conversation with a younger man, or the couple whose playful cuckoldry involves all sorts of elaborate props.

What begins as a Murakami-like riff on modern sexuality blooms into something a bit more challenging. Everyone in this movie, from the buttoned-up protagonist to the secretive madame who crystallizes his lifelong desire for older women, is constantly struggling to make sense of their own strange lusts; their encounters suggest that our perversions might be one of the most normal things about us.

It’s easy to forget that “House” was Obayashi Nobuhiko’s first feature — there’s something intrinsically sui generis about any film that insane, but most directors need to master their craft before they can make something that feels like an expression of pure madness. Not Nobuhiko; he was born looking at the world through a warped lens. Now, towards the end of his life, his unique vision of the world is more wonderful and appreciated than ever.

The story goes that, in order to make “House” back in 1977, Nobuhiko had to abandon a project that was near and dear to his heart: An adaptation of Kazuo Dan’s 1937 novel “Hanagatami” (or “The Flower Basket”). Forty years later, when the filmmaker was diagnosed with stage four lung cancer, he decided to spend his remaining time seeing the unmade film to fruition.

The result is a doomed and feverish pre-war mosaic that unfolds like some kind of giallo riff on “I Vitelloni” — an 169-minute epic chronicling an ensemble of Japanese teenagers as they kindle the fires of life before being conscripted to their deaths. As delirious and romantic as it is haunted and bitter, “Hanagatami” is an exhausting night at the movies, but it’s a rare opportunity to see a singular artist leave it all on the screen like this. The opening quote, borrowed from Dan’s writing, will stay with you for a long time: “Seen through the wrong end of a telescope, an ordinary scene becomes an ancient story. No, it’s not nostalgia! It’s heartache for all that’s lost.”

One of the slipperiest and most striking animated films in recent memory, “Night Is Short, Walk on Girl” is the exuberant kind of cinematic freakout that should come with a seatbelt, or at least a shot glass. Bug-nuts insane from the moment it starts, this mind-scrambler from “Lu Over the Wall” director Yuasa Masaaki is an exhausting and hallucinatory epic about one crazy night along the banks of Kyoto’s Kamo River (which streaks through the city like a vein, and inspires hundreds of young couples to drink on either side during summer evenings).

Technically speaking, the movie follows a college girl named Otome as she searches Kyoto for a book that she had as a child, but that’s kind of like saying “Twin Peaks: The Return” follows an FBI agent named Dale Cooper as he travels back to a small American town. In other words, the plot of “Night Is Short, Walk on Girl” isn’t really the point, even though Otome’s adventure is cleverly entangled with that of a manic underclassmen who’s crushing on her. No, this wildly eccentric odyssey is best appreciated for its moment-to-moment pleasures, from the mad-eyed cart-driver who refuses to change his underwear, to the group of crab-walking philosophers who make sophism fun again. Every scene is an explosion of mad creativity, as the animation morphs from life-like to surreal and back again in the blink of an eye. It’s an overwhelming experience, but very much a trip worth taking.

JAPAN CUTS tends to shy away from prestige fare — the kind of movie that premieres in Competition at Cannes before inevitably securing American distribution — but the festival knows that some things are too good to ignore. Kore-eda Hirokazu, for example, has become an international sensation whose films reliably screen all over the world, but there’s always room for one of his masterpieces in any celebration of contemporary Japanese cinema. Local audiences will have to wait a little while longer to feast their eyes on Kore-eda’s Palme d’Or-winning “Shoplifters,” but seeing “Still Walking” on the big screen might be the next best thing, especially when it’s introduced by the director’s frequent star, Kirin Kiki (who will be in town to receive the Cut Above Award for her outstanding body of work).

Widely regarded as one of Kore-eda’s most powerful movies, “Still Walking” is at once both a naked tribute to the work of Ozu Yasujirō and also a perfect distillation of what makes Kore-eda such a vital storyteller in his own right. The premise couldn’t be simpler or more seasonally appropriate: Every year, at the height of summer, the Yokohama family gathers together in their parents’ seaside home to commemorate the perfect child (and gently punish the guy he died to save from drowning). This year, with the family dynamic in flux and more death looming over the horizon, the reunion is going to be stickier than ever.

Anchored by achingly nuanced performances from Kirin and “After the Storm” star Abe Hiroshi, textured with the constant buzz of cicadas, and shot through a fine scrim of buried resentments, the film acquires the fleeting weight of real life, and leaves you happy to carry it home. “Still Walking” is one of the young century’s greatest films, and a perfect introduction to one of its most valuable storytellers.

This Article is related to: Film and tagged Hirokazu Kore-eda, Japan Cuts