The actor wants fans to remember "Crimes of Grindelwald" is the second film in a series, which means there's lot of room to explore the character's sexuality down the road. 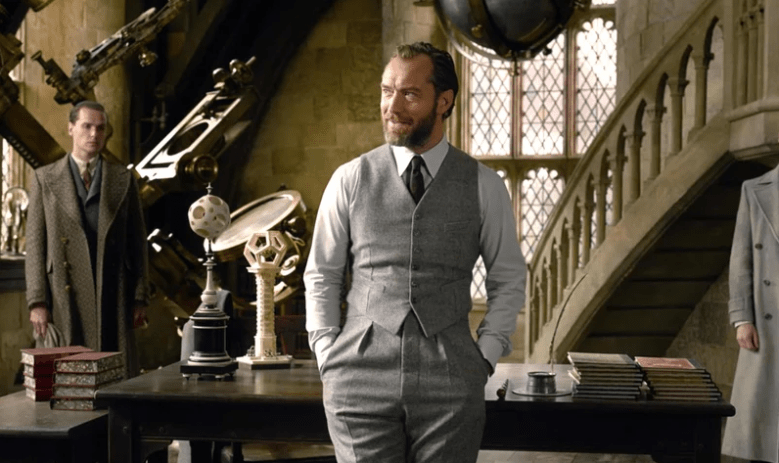 Jude Law is stepping into Dumbledore’s shoes in the upcoming “Fantastic Beasts: The Crimes of Grindelwald,” but the role is already facing backlash. David Yates confirmed in January that J.K. Rowling’s script for the “Fantastic Beasts” sequel does not address Dumbledore’s sexuality. Rowling revealed several months after the publication of the final Harry Potter book that Dumbledore was a gay man, but Yates made it clear the sequel would not be exploring that side of the wizard.

“Not explicitly,” Yates said when asked if the film makes it clear that Dumbledore is gay. “But I think all the fans are aware of that. He had a very intense relationship with Grindelwald when they were young men. They fell in love with each other’s ideas, and ideology and each other.”

Law has broken his silence on the issue in an interview with Entertainment Weekly. The actor revealed he doesn’t actually share any scenes with Grindelwald actor Johnny Depp in the movie, which is only more confirmation the sequel will not be concerned with Dumbledore’s sexuality. Rowling confirmed to Law the character is gay before production started, but Law alluded to the fact that fans shouldn’t be upset because “Crimes of Grindelwald” is only the second of five total movies.

“As with humans, your sexuality doesn’t necessarily define you; he’s multifaceted,” Law said. “I suppose the question is: How is Dumbledore’s sexuality depicted in this film? What you got to remember this is only the second ‘Fantastic Beasts’ film in a series and what’s brilliant about Jo’s writing is how she reveals her characters, peels them to the heart over time. You’re just getting to know Albus in this film, and there’s obviously a lot more to come.” 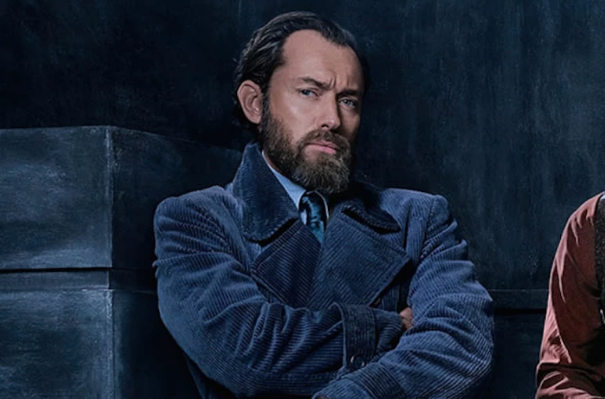 Law said audiences will learn a little about Dumbledore’s past at the beginning of the sequel, but not “everything is revealed at once.” He promised “characters and their relationships will unfold naturally” over the course of the franchise, and he said he’s excited to explore more about Dumbledore’s identity down the road.

“As I said before, this is only Part 2 of a longer story,” Law said. “I’ve always admired [Grindelwald] from afar, but we don’t know each other, and I’ve not yet met him on this. In many ways that suits the relationship as it’s been many years since they’ve seen each other. So there’s complexity in that that’s fun to mine. Again, the past will reveal itself.”

“Fantastic Beasts: The Crimes of Grindelwald” opens in theaters November 12 via Warner Bros. Head over to Entertainment Weekly to read more from Law’s interview.

This Article is related to: Film and tagged Fantastic Beasts: The Crimes of Grindelwald, Jude Law