The Emmy-nominated writer spoke with IndieWire about how she crafted such an enigmatic-yet-enthralling central couple. 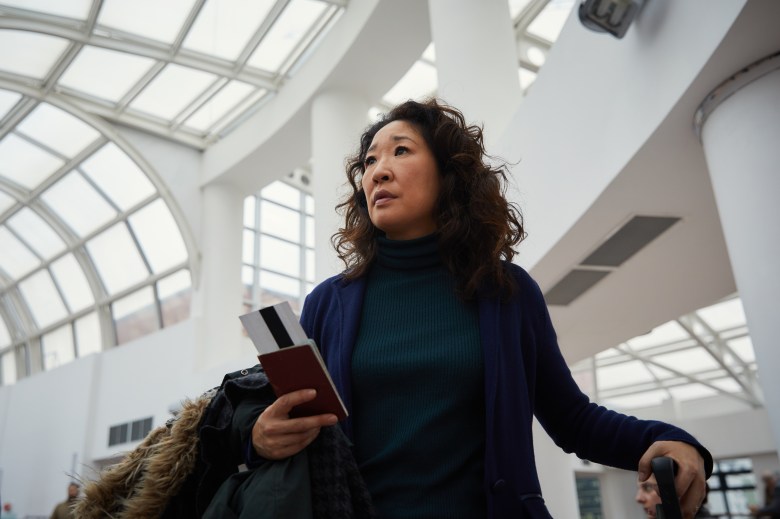 Phoebe Waller-Bridge’s first season finale to “Killing Eve,” BBC America’s Emmy-nominated thriller, is a gripping, confounding, and altogether spellbinding script. Satisfying yet far from final, the episode — especially in its climactic moments — explores the unconventional relationship between cop and killer; a bond that’s been evident since the start, yet impossible to define.

And that inscrutability, it turns out, was the trick to Waller-Bridge writing it.

“I don’t think they could articulate it,” Waller-Bridge told IndieWire when asked about the allure between MI-6 officer Eve Polastri (Sandra Oh) and serial assassin Villanelle (Jodie Comer). “When I realized I couldn’t articulate it, but I could feel it as a writer, that allowed me to give them the same dilemma; that they would never be able to explain to anyone else in the world what it is about the other.”

But Waller-Bridge knew she had to take the relationship to a new level at the end of Season 1; to further define the indefinable. What she didn’t know was how to do that until “really, really late” in the writing process — “really, scarily, scarily, late,” she said.

“It’s when Eve says, ‘God, I’m tired,’ and she lies back on the bed. That for me was the way in to the scene,” Waller-Bridge said. “The idea that these two women — in spite of all of this kind crazy whirlwind of action, violence, guns, gameplay, all that kind of stuff — there is just a moment when you can just go, ‘Can we just have 10 seconds? Because I’m just so exhausted.'”

Waller-Bridge tapped into that feeling while trying to get into her characters’ heads, and she feels it’s a human moment for two people who’ve been going above and beyond for quite some time.

“I feel like that’s relatable to everybody, but I think particularly to women. I don’t know why. It just really made me and my producer laugh a lot,” she said.

But Waller-Bridge also pointed out how that statement starts the reversal set up in the finale’s waning moments. It’s a subtle shift, but one that’s key for the future, even if it doesn’t seem like a whole lot has changed. Ostensibly, not much happens in the final scene: Eve catches up with Villanelle; the two talk, fight, and the chase resumes. Eve stabs Villanelle, but it’s not expected to be a fatal wound, so the pursuit that’s been driving the series continues into Season 2.

But those three words — “God, I’m tired,” which became the episode title — start turning the gears for the future.

“It’s in that moment where Eve takes some power back because she’s always been chasing Villanelle, and Villanelle’s always known that, and in this one moment she goes, ‘Can we just drop the chase for one second?'” Waller-Bridge said. “And she sort of disarms her in that moment. That was my way in.”

Fans can expect more of the same in Season 2. Though it appears Villanelle is more than a bit miffed at Eve for trying to kill her, viewers will learn more about the killer’s background as the cop’s pursuit intensifies.

“That was the thing I really wanted to bring out at the end: At the end of the day, she’s just a young woman who Eve knows has had a troubled life, and she finds out more in the second season,” Waller-Bridge said.

Don’t expect too much more from the creator. Waller-Bridge has a lot of respect for her audience — “It’s always assumed that the audience is 10 steps ahead, and that they are cleverer than you and everyone else involved.” So she knows just enough about her gripping dynamic between Eve and Villanelle to keep audiences interested.

“They are just drawn to each other […] very powerfully, but they are also frightened of it, and it twists and it’s unpredictable for the both of them. But that’s also why they keep coming back.”

Odds are, that’s why viewers will, as well.

[IndieWire’s Consider This series is meant to raise awareness for Emmy nominees our editorial staff and readership find compelling, fascinating, and deserving. Running throughout awards season, Consider This selections may be underdogs, frontrunners, or somewhere in between; more importantly, they’re making damn good television we all should be watching, whether they win or not.]

This Article is related to: Awards and tagged Emmys, Killing Eve, Phoebe Waller-Bridge