Actress Sand Van Roy is no longer the only Luc Besson accuser, as two more women have come forward to accuse the French filmmaker of harassment. 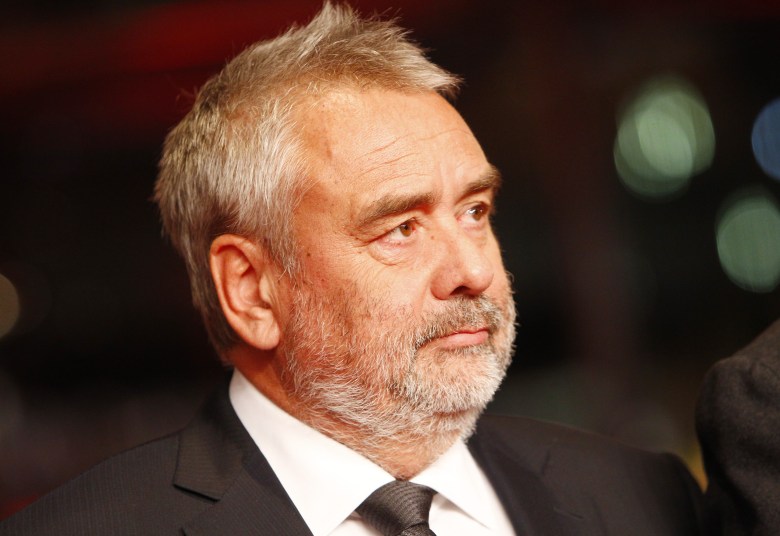 In May, Luc Besson was accused of rape by actress Sand Van Roy, who said the filmmaker abused her in his room at the Bristol Hotel in Paris. Van Roy first went public with her allegation anonymously, but now she’s come forward to reveal specific details about Besson’s abuse. Van Roy gave her first interview to a non-French news organization to Variety (following Mediapart) and spoke about her working relationship with Besson, which started after she was cast in “Valerian and the City of a Thousand Planets.” The film marked Van Roy’s first feature.

Van Roy said Besson flirted with her on set, but she did not push him away because she observed him doing the same thing to other actresses and female crew members on the production. The two first met during Van Roy’s costume fitting. Benson allegedly invited Van Roy to his hotel room at Fouquet’s in late February 2017 for a meeting to “get to know [her] professionally” and to discuss her “writing and acting skills.” Van Roy told Variety Besson became interested in her film project, “Olga,” which she had been developing since 2014.

“He basically used my movie to see me a lot, and once he established this basis of friendliness and trust, he made a move in a way that was coercive,” Van Roy said. “He would talk about other girls, like ‘she did that [thing to hurt me], so I did that to her.’ I got a strong sense that, if I walked out, I would be blacklisted and never work again because he’s done that to other girls, and every time I refused he would punish me directly or indirectly and make me feel guilty.”

“You end up lowering your guard because he’s like the reincarnation of Winnie the Pooh,” she continued. “He drinks tea, he never does drugs, and he talks about his wife and kids, he likes to cuddle, he dresses modestly. And when you refuse to have sex with him, he makes you feel awful, like some superficial piece of junk, as if the only reason why you refused is because he doesn’t look like Brad Pitt.”

Van Roy alleged Besson put her in many unwanted sexual encounters and that she became “his private Barbie doll whom he could control, dress and break.” The actress said their encounters “became more and more violent during the last few months, after the Weinstein scandal broke out.”

“He likes to make you suffer, and he gets a kick out of controlling you and hurting you when you don’t expect it,” Van Roy said to Variety.

The alleged incident at the Bristol Hotel occurred May 17. Van Roy said Besson raped her in his hotel room and after she received “a heavy blow to her back that made her lose consciousness.” The actress mentioned the medical report detailing her injuries is now in the hands of the police.

Thierry Marembert, Besson’s lawyer, responded to Van Roy’s allegation by saying the director “categorically denies these fantasist accusations” and “never behaved inappropriately” toward the actress. Van Roy is now being joined by other women who spoke to French outlet Mediapart and accused Besson of additional harassment. The women spoke anonymously.

One woman, a casting director who worked with Besson for multiple years, said she has sent a letter to the Paris prosecutor detailing the abuse she received from Besson and the abuse she witnessed others receive from the director. The casting director worked with Besson from 2000 to 2005. Another woman, going by the name “Mona,” said she met Besson in Los Angeles in the early 2000s for a film role. When she met the director again in Paris, the woman told Variety he “pounced on [her] like a bear.” She escaped by dropping to the floor and crawling away and never heard from Besson again.

Neither Besson nor his lawyer returned Variety’s multiple requests for comment on the new allegations. IndieWire has also reached out to Besson’s team for comment.

Besson has a new film, “Anna,” scheduled for release later this year by Lionsgate. Van Roy appears in the movie in a small role.