The creator of the original stage musical and producer of both films tells IndieWire how she brought snagged original star Meryl Streep for a rare second act. 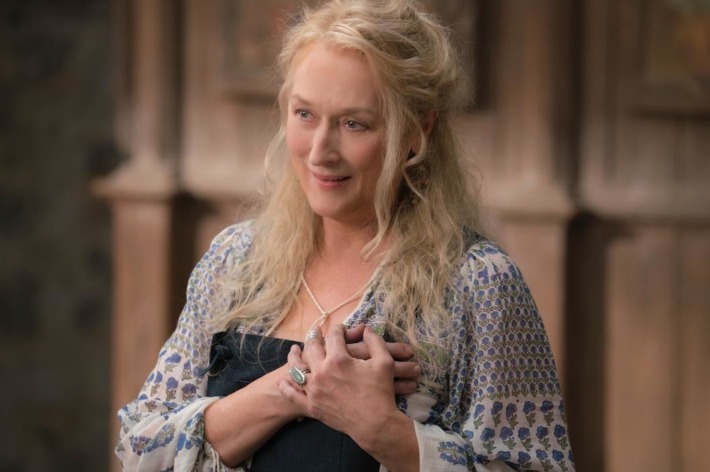 Before it was a globally successful movie franchise, “Mamma Mia!” was just one woman’s passion project. British theater impresario Judy Craymer first imagined “Mamma Mia!” in the ’80s, eventually spending years trying to persuade former ABBA members Benny Andersson and Björn Ulvaeus to let her make something out of their deep songbook. Her efforts finally yielded the eighth longest-running Broadway show in history, a 2008 movie that over half a billion dollars worldwide, and now a sequel — “Mamma Mia: Here We Again” — poised to keep the franchise alive.

“I definitely never had a business plan,” Craymer said, reflecting on the 20 years of progress. “I’ve always taken it one day at a time.” The challenge started anew after the first “Mamma Mia!” movie took off, and talk about turning the film into a franchise kicked up. As early as the fall of 2008, just months after the first film’s release, Universal co-chairman David Linde was telling press he wanted to bring the band back together for another installment.

Behind the scenes, however, there was one key problem — star Meryl Streep wasn’t interested.

“She’s the most lauded actress and the most extraordinary actress in the world so she doesn’t do sequels, so to speak,” Craymer said, who is a producer on both films. “I think it was like, what would she be doing in there? And it had to be something really interesting.” (Streep has never played the same role twice, though this year she will appear in “Mary Poppins Returns,” with a newly created role in the sequel to the classic children’s movie.)

While Streep hasn’t given any interviews for “Mamma Mia!: Here We Go Again” and a request for comment went unanswered, in an on-set featurette, she did admit she “really never thought that there would be a sequel.” Ten years later, here we are.

Craymer credits “Love, Actually” and “Four Weddings and a Funeral” filmmaker Richard Curtis for finally cracking the code. The filmmaker has a story credit on the film’s screenplay, but he was the one who turned to another classic sequel to inspire the film’s two-pronged storyline, one that could freshen up the narrative and keep the original cast in place. In short: flashbacks.

“I looked to Richard Curtis, actually, to throw the puzzle at him of if there was going to be another movie of ‘Mamma Mia!,’ what could it be,” she said. “Bearing in mind that a prequel would mean that we couldn’t bring back the original cast.”

In the first “Mamma Mia!,” Streep played Donna, the single mom of daughter Sophie (Amanda Seyfried), who is planning a lavish Greek island wedding that goes off the rails when Sophie unearths secrets about her parentage. 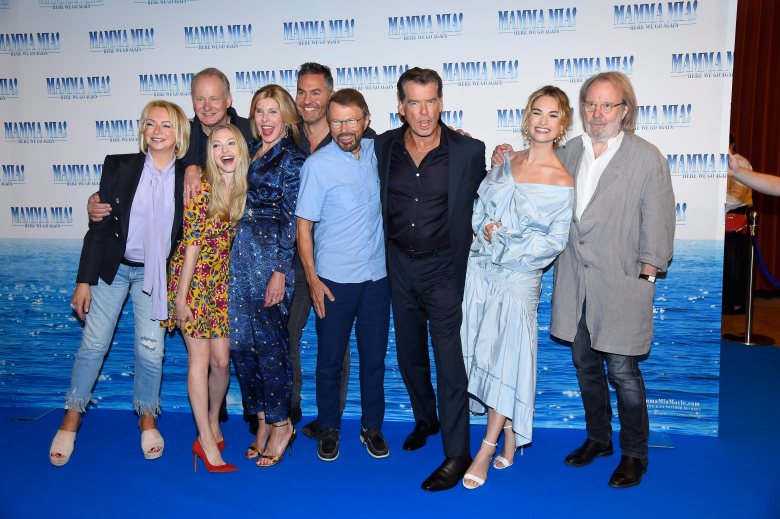 “We wanted to know what happened to Donna, her odyssey, how she got to the island,” Craymer said, “but of course if you were only doing a prequel, what about our wonderful cast? Richard Curtis was the one that said, ‘Well, “Godfather II.” We will go back and forth in time.’ And I was like, ‘Yes!'”

That decision allowed the filmmakers to reduce Streep’s participation and introduce a younger cast. But Streep wasn’t the only one keeping her distance. Both original screenwriter Catherine Johnson and director Phyllida Lloyd passed on a second round. Still, Johnson has a story credit on the new installment and, in 2011, Lloyd directed Streep to an Oscar win with “The Iron Lady.”

Ultimately, directing duties on “Mamma Mia!: Here We Go Again” fell to Ol Parker, whose previous credits include “The Best Exotic Marigold Hotel” and who is a close friend of Curtis. But they still weren’t sure how to hook Streep back into the project, which required some amount of her participation. “She gave 295% of her energy on the last film and I don’t think she wanted to be running around cliff tops singing a bunch of ABBA songs,” Craymer said. “I think she probably felt she’d sung the best ones already.”

Eventually, they locked Streep to appear in the film, in which she sings two ABBA songs — but for the most part, Donna is played by a younger counterpart, Lily James. At one point, Streep even thought she might be tapped to play her own character’s mother, but that role ultimately fell to Cher. “We know there’s only four years between them,” Craymer said. “And if you were working in a normal world, not in this slightly madcap ‘Mamma Mia!’ world, there would be people who said, ‘I’m not playing someone’s mother or their grandmother.'”

Craymer wasn’t totally reticent to consider the possibility that “Mamma Mia!: Here We Go Again” could work on the stage, where its predecessor began, though she pointed to one obvious issue. “There has to be a lot of cast on stage,” she said, noting that the flashbacks doubled the ensemble from eight to 16 characters. “That’s the only problem. I think we might just have to do the prequel and not the back and forth because it would be a lot.”

She wouldn’t put the kibosh on making a third “Mamma Mia!” film, though she did admit that they’d have to speed up the process and not spend another decade prepping for a return. “I know it would have to be done much faster,” she said, because otherwise, “we’ll be quite old.”

”Mamma Mia! Here We Go Again” is in theaters now.