After attempting to go the Bond Girl route, the Tom Cruise franchise managed to create a pair of characters worth keeping around. Now it's finally cracked what to do with them. 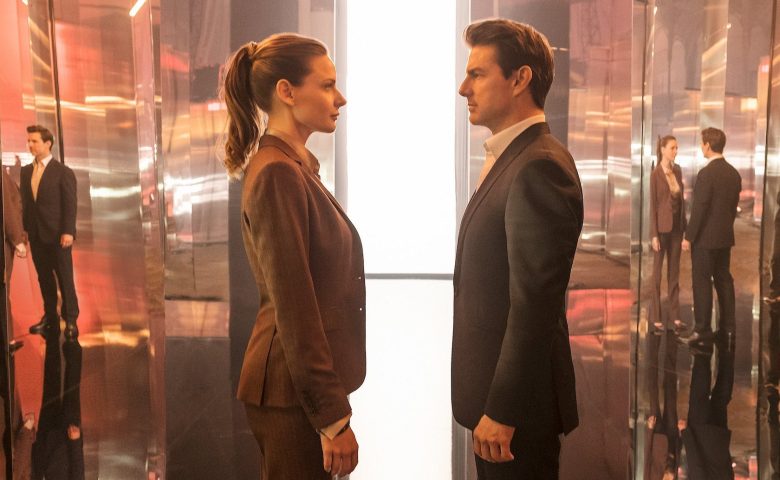 It’s a primary principle for any spy, even the ones in movies: Never get too close to anyone, lest they be used against you. For the first two films in the “Mission: Impossible” movie franchise, IMF agent Ethan Hunt (Tom Cruise) didn’t seem to have much trouble abiding by that concept. The super spy had compatriots (like long-time co-star Ving Rhames) and vague love interests (Emmanuelle Béart in the first film, and Thandie Newton in the second), and his care for them often blindsided him (remember when Béart’s Claire Phelps double-crossed him?), but he was a trained professional who moved on once the bullets stopped flying.

The first two films in the series neatly wrapped up their primary storylines and missions, allowing Ethan to start fresh with the next one. That changed in “Mission: Impossible III,” which not only opened with the reveal that Ethan left the IMF, but also that his brand-new life included … a fiancee? As quick-witted nurse Julia Meade, Michelle Monaghan was the first love interest to last into subsequent films, but her lingering role in the franchise has only served to highlight the series’ strange handling of its leading ladies, even capable women like Julia.

The sixth film in the franchise, “Mission: Impossible – Fallout,” finally rights the wrongs inflicted on Julia over the course of her franchise arc, a drawn-out process of first not knowing what to do with her, and then only using her as a pressure point to hurt Ethan. It may be lethal for a spy to get close to someone, but it’s been the women who have suffered in the process.

In “Mission: Impossible III,” Julia was forced to come to terms with her fiancé’s past life as a dangerous international spy, and was then used as a way for the villains to bait Ethan, before finally being taught to defend herself. It was a compelling new direction for the character, and the J.J. Abrams film even packed a happy ending, with the pair heading out on their honeymoon. Ethan Hunt may have violated the first rule of spy-hood, but the film hinted at the possibility that Julia might join him on his adventures as a strength, not a weakness. 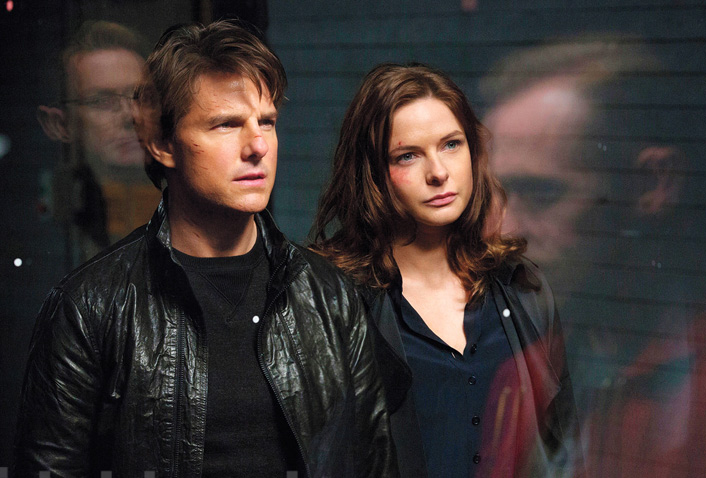 Oddly enough, the second film also ended with Ethan paired with a strong foil, in the form of Newton’s Nyah Nordoff-Hall. However, she did not return and it seemed as if the franchise was going for the typical Bond Girl treatment: cool ladies who show up for one film, and are never seen again. The fourth film introduced its own kickass female characters, including Paula Patton as Jane Carter and Lea Seydoux as Sabine Moreau, both obvious Bond Girl corollaries (both alluring and smart, one evil and one good). They, too, were forgotten.

As for Julia, she lingered — but only in the margins. While “M:III” ended with her as a Beretta-toting badass, she’s since become a liability for Ethan, a damsel in distress trotted out when he needs a shot of emotion and motivation. “Ghost Protocol” was largely built around Julia’s importance to Ethan, but she’s a wordless force. That film picks up years after their happy honeymoon, but Julia has died (off-screen) at the hands of a hit squad that was out for Ethan. Newly introduced intelligence analyst William Brandt (Jeremy Renner) is also undone by her death; he’d been assigned to secretly protect the Hunts, and then felt so horribly about Julia’s death that he quit being a field agent.

Later, the film reveals that Julia’s death was all a big ruse and she’s actually just fine. However, at no point does Julia get to speak for herself; she receives only an uncredited, no-dialogue cameo and the film ends with Ethan and Julia staring wordlessly at each other across a crowded public space. She’s still visibly upset over having to fake her own death (and permanently parting from her husband), but all Monaghan gets to do is look sadly at Ethan before fading away.

In “Mission: Impossible – Rogue Nation,” Julia is mentioned in passing (still doing well, apparently) but doesn’t figure in the plot. Ethan remains haunted by their parting, even with the introduction of the franchise’s next great leading lady, undercover MI6 agent Ilsa Faust (Rebecca Ferguson). As a turncoat turned ally, Ilsa is a formidable fighter (she kills a man by squeezing him to death with her thighs) and is Ethan’s equal in spycraft. She’s his match, the kind that Julia was initially promised to be. And yet, when she asks him to run away with her, he declines.

Even so, director and screenwriter Christopher McQuarrie brought her back for “Mission: Impossible – Fallout.” And in doing so, McQuarrie manages to solve years of leading-lady issues: The film features Julia and Ilsa, and leans into the most compelling elements of their prior appearances to deliver a conclusion for one while setting a new stage for the other. (Bonus: They aren’t in competition with each other, and seem like they might be friends in a different, non-spy-centric world.)

Still better, McQuarrie’s film doesn’t just tie up long-dangling threads (What will happen to Julia? What’s up with Ilsa and Ethan?), it also explodes the concept that caring about people is bad (or at least dangerous); instead it’s Ethan’s biggest strength. It wouldn’t have happened without Julia or Ilsa, and “Fallout” is the first film to acknowledge that in a satisfying way. That’s the other principle every spy should know: Everyone has to break the rules sometimes.