The indie studio behind "Moonlight" and "Lady Bird" is behind the first season of this six-episode comedy series. 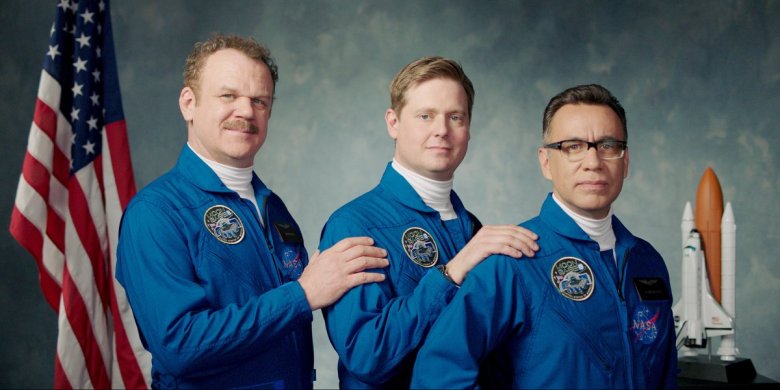 While A24 is known for its Oscar-winning indie movie pedigree (films include “Moonlight,” “Lady Bird,” “Spring Breakers,” “Ex Machina,” and more), the company has been quietly getting into the television space. Following the Channing Tatum and Joseph Gordon-Levitt series “Comrade Detective,” A24’s second independently-financed TV show is the astronaut comedy “Moonbase 8.” The studio has now debuted our first look at the series, which went into production earlier this year.

“Moonbase 8” is the latest series from “Portlandia” co-creators Jonathan Krisel and Fred Armisen. Krisel is directing the episodes while Armisen stars opposite fellow comedians Tim Heidecker and John C. Reilly. The plot centers around three subpar astronauts at NASA’s Moon Base Simulator who desperately aspire to be chosen for the next mission to the moon.

“‘Moonbase 8’ is pure comic genius and we are thrilled to be a part of this show from the ground up,” A24 said in an official statement when first announcing the series in April. “We can’t wait to introduce this fearless group of astronauts as they prepare to go where several people have gone before…but not as hilariously.”

A24 has not yet announced which network will distribute the show. “Comrade Detective” went to Amazon, but the “Portlandia” connection to “Moonbase 8” could make it an easy sell to IFC. Check out the first look below.

This Article is related to: Television and tagged A24, John C. Reilly, Moonbase 8, Tim Heidecker