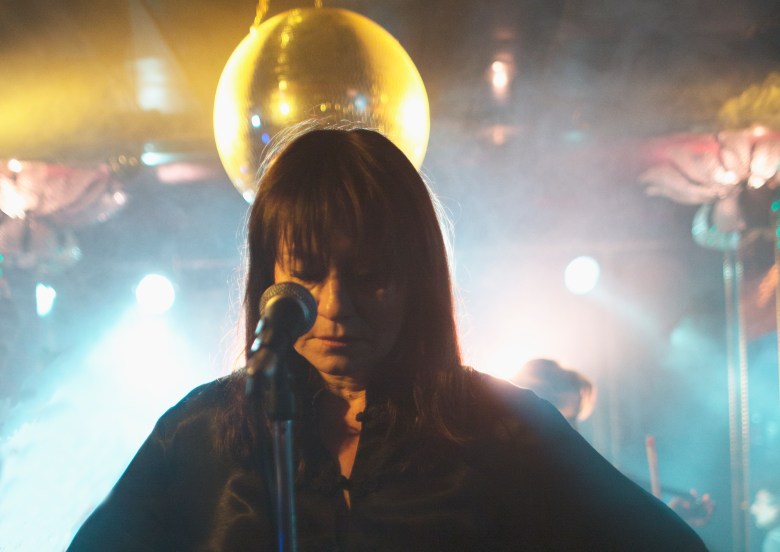 A brain hemorrhage claimed German musician Christa “Nico” Päffgen 30 years ago this Wednesday, but American cinema-goers can celebrate her legacy later this summer. Magnolia Pictures has released the first trailer for “Nico, 1988,” the third narrative film from Italian writer-director (and occasional documentarian) Susanna Nicchiarelli. “Nico, 1988” tracks the singer’s final year, during which she attempts to reconnect with her estranged son while distancing herself from past collaborations with Andy Warhol and the Velvet Underground.

Denmark-born Trine Dyrholm, the Berlin Film Festival’s Silver Bear–winning actress from 2016 (“The Commune”), stars as the nicotine-fueled songstress. For Päffgen, life was difficult from the beginning: her family fled her hometown when she was a toddler to escape World War II bombings (and her enlisted father never recovered from his injuries). In the trailer, she totes a recorder across Europe, attempting to recapture the sound of the explosions.

The 93-minute biopic visits Nico’s earlier decades, too. Rolling Stones guitarist Brian Jones not only helped her record her first single, but also introduced her to Bob Dylan and Warhol. In the ’60s, she picked up acting credits in Warhol’s “Chelsea Girls” and the Federico Fellini classic “La Dolce Vita.”

“Nico, 1988” premiered at last year’s Venice Film Festival, opening its trendy Horizons section and garnering its Best Film trophy. Nicchiarelli previously won two prizes from the fst for her 2009 feature “Cosmonaut.” The more recent film opened in Italy in October, and screened at this spring’s Tribeca Film Festival, earning a B- from IndieWire’s David Ehrlich.

Right now, Magnolia is enjoying its biggest box-office success to date with the documentary “RBG” ($12.5 million). One day after “Nico, 1988” hits theaters, the distributor will host six performers to sing the late star’s original and cover tracks as part of a tribute concert at New York City’s (Le) Poisson Rouge.

“Nico, 1988” arrives in theaters on August 1. Watch the trailer below.

This Article is related to: Film and tagged Magnolia Pictures, nico 1988, Susanna Nicchiarelli