The National Hispanic Media Coalition and its allies will picket the Paramount lot on August 25, unhappy with how few Hispanic actors, writers, and directors the studio employs. 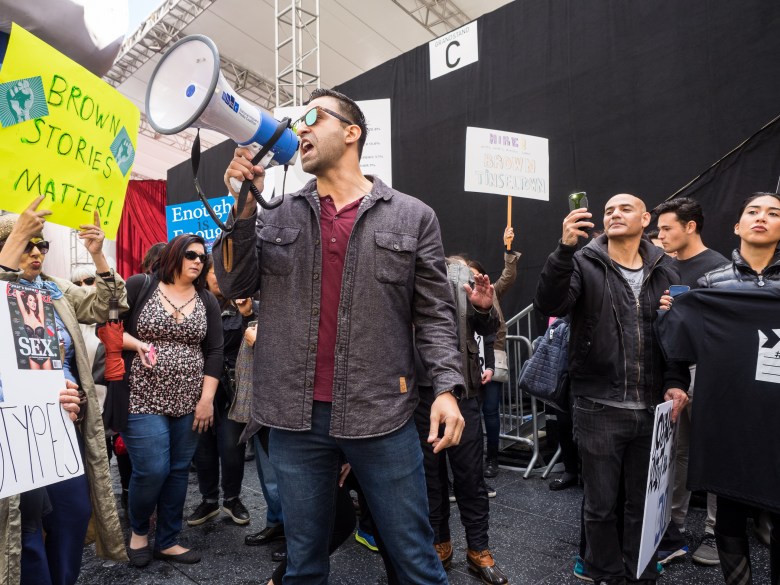 A pair of influential watchdogs that monitor how Hispanics are portrayed onscreen have called for a boycott of Paramount Pictures. The National Latino Media Council (NLMC) is made up of 12 civil rights and advocacy groups that champion Latino representation, including the National Hispanic Media Coalition (NHMC). Leaders from both organizations assembled Tuesday in Pasadena to unpack a poll of Latinos viewers’ sensibilities, and unveil a list of planned actions against Paramount.

Based on their film studio research from 2012 to 2017 — and UCLA’s latest Hollywood Diversity Report, released in February — the NHMC found that Paramount had the worst numbers when it came to hiring Latino actors, writers, and directors.

Paramount shared the following statement with Deadline: “We recently met with NHMC in a good faith effort to see how we could partner as we further drive Paramount’s culture of diversity, inclusion, and belonging. Under our new leadership team, we continue to make progress — including ensuring representation in front of and behind the camera in upcoming films such as ‘Dora the Explorer,’ ‘Instant Family,’ and ‘Limited Partners’ — and welcome the opportunity to build and strengthen relationships with the Latinx creative community further.”

The aforementioned poll, completed by 423 individuals who self-identify as Latino or Hispanic, determined that 66% of said viewers are more inclined to watch films with Latino themes, while 61% would prefer films from Latino actors, writers, and directors. Fifty-one percent of respondents said they would either eliminate or watch viewer films from the least-inclusive studio.

On June 25, NLMC and NHMC representatives met with Paramount COO Andrew Gumpert, and asked him to sign a non-binding memorandum of understanding that would encourage better studio employment for Latino talent. In mid-July, Gumpert informed the groups that Paramount would not sign the agreement.

At the press conference, a six-point action plan was revealed, in the hopes of inspiring more accountability from Paramount. Supporters are encouraged to sign a petition, picket the studio on August 25, and cease buying tickets for its films. Right now, Paramount has the number one movie at the box office, “Mission: Impossible – Fallout,” which last weekend earned almost $156 million worldwide.

As of 2016, the Pew Research Center stipulated that there were 58 million Latinos in America, accounting for 18% of the population. The 2018 Hollywood Diversity Report found that less than three percent of film speaking parts go to Latino actors.