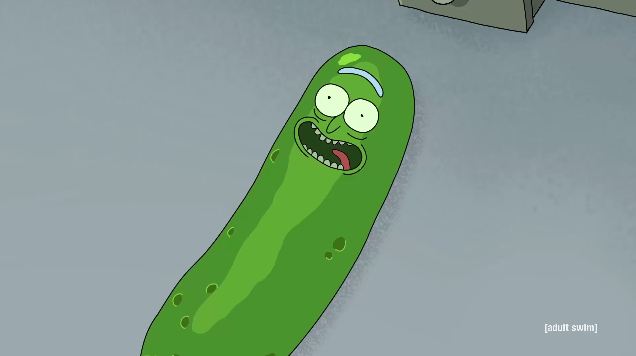 There is an episode of TV from 2017 that featured a sentient briny vegetable battling an army of sewer rodents, bringing about the destruction of a shadowy agency, and manages to do it all before a scheduled family therapy session. And it just got nominated for an Emmy.

“Rick and Morty” picked up a nomination for Outstanding Animated Program for the first time in the show’s history on Thursday morning, after submitting “Pickle Rick” as the standout episode of Season 3. (The truly bonkers “The Ricklantis Mixup” would have been another strong contender.) A bevy of deserving shows ended up getting completely passed over on the 2018 nominees list, but at least a half-hour adventure where the pickled form of a dimension-hopping scientist squares off against a vicious assassin voiced by Danny Trejo made the cut.

No one from the series’ voice cast (including series co-creator Justin Roiland) received recognition from the Academy, as Seth MacFarlane continued his stranglehold on the category, grabbing nominations for both “American Dad” and “Family Guy.” Alex Borstein, also nominated for her acting work on “The Marvelous Mrs. Maisel,” picked up a “Family Guy” nod as well.

“Rick and Morty” recently began production on Season 4, so even though this may not be the last Emmy nom the show picks up, there’s no guarantee it will be eligible to repeat next year.

This Article is related to: Awards and tagged Adult Swim, Emmys, Rick and Morty