The legendary Welsh writer behind "Queer as Folk" and "Doctor Who" also reveals the inspiration behind his next project, and gets honest about why the state of the world keeps him writing. 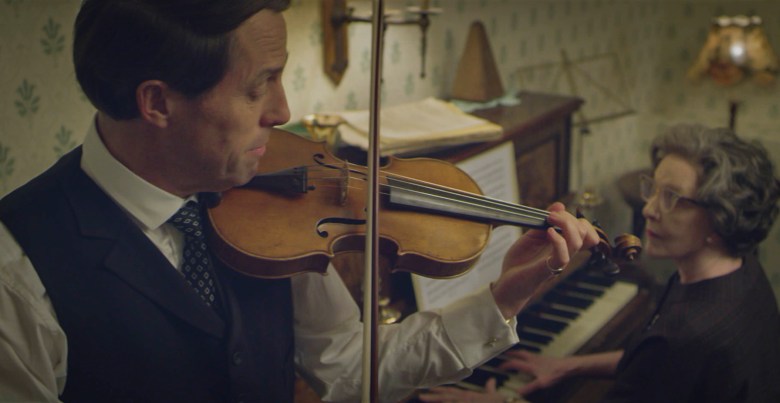 If the state of things today is a source of frustration, know that Russell T. Davies is right there with you. “What a mad world we live in at the moment. Everything seems to get hotter and madder and stranger and faster,” he said to IndieWire the day his new miniseries, “A Very English Scandal,” began streaming on Amazon Prime.

The openly gay Welsh writer pointed to the current global sports obsession as just one example of that. “We’re all hopping around Russia celebrating because the World Cup’s there, and all the stuff about the politics of Russia seems to have been forgotten,” he said. “My nighttime television is now full of people celebrating all over Russia, a country that’ll happily lock men like me up. Before the World Cup, we were all going, ‘Oh, is it right to forgive them their laws on homosexual rights? Should the English football team be going there?’ Forgotten now.”

Davies has had an incredible career so far — not only did he change the way stories about gay lives are told with his groundbreaking 2000 series “Queer As Folk,” but his revival of “Doctor Who” in 2005 turned the dormant sci-fi classic into an international hit that is going strong today. And talking to Davies is just lovely, for the record, as his perspective on everything is grounded with a deep and empathetic love for humanity. It’s something which bears out in how he approached “A Very English Scandal,” the true story he had the challenge of adapting.

“A Very English Scandal” focuses on the titular scandal which consumed the career of British politician Jeremy Thorpe (played by Hugh Grant), a closeted gay man whose terror of exposure led to the attempted murder of former lover Norman Scott (Ben Whishaw) and subsequent trial. Directed by Stephen Frears, the three-part series takes us from the early 1960s, when homosexuality was still illegal in the eyes of the law, to Thorpe’s trial in the 1970s, when the public shame was still a very present part of life. 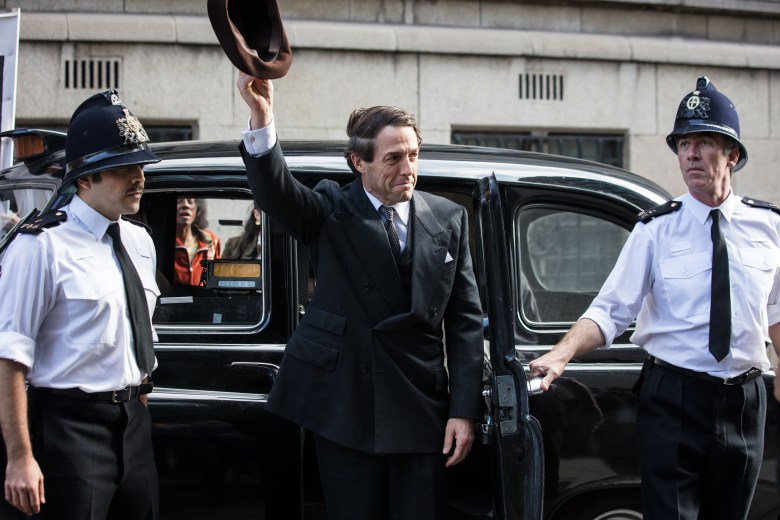 While based on the book written by John Preston, Davies noted that while much has been written about these events, “none of them could ever quite tell you why these men did these things, what was going on in their hearts. And I thought that’s what I’d been brought to this to do as a writer of stories and drama. It’s my job to understand the hearts of men and to get inside why they do the wrong things at the wrong times and how they can live with themselves.”

The Thorpe trial, at the time, was a big deal in the public consciousness, but Davies said that as of today “it’s actually quite buried… Everyone’s lives were ruined, so they dropped out of history, and I also think slightly it dropped out of history because it’s a gay story. There’s been a few straight scandals that keep being told again and again, because that’s seen as more normal somehow, whereas a gay scandal is perhaps seen as more niche and not as likely to be told in the history lessons.”

So in the year 2018, Davies was a bit worried that the show’s reception would be affected by the lack of awareness, but the opposite ended up being true, at least in the United Kingdom (“Scandal” first premiered in May 2018 on BBC One). “People were astonished that there was this story that had been sitting underneath their noses for decades and they hadn’t heard about it, so weirdly, it had a great effect. It galvanized people and invigorated the audience, so it was great fun in the end. I was very lucky that I was the one who got to tell it.”

At the age of 16, Davies followed the Thorpe case as it unfolded, and at one point in his career inquired about the possibility of writing about it with a producer. At that time, though, Thorpe was still alive, and thus legally it would have been difficult to write as a “true story.”

“I was shooed away from it slightly,” he said, but following Thorpe’s death a number of books were published, including Preston’s, which Davies felt “just sums up the tone of it and the width of it and the hopelessness of it and the madness of it beautifully. The Englishness of it really, the eccentricity of it.” (No surprise, then, that he kept Preston’s title.)

The legalities involved with telling a story based on real events are tough. “Lawyers were studying every single word that I wrote in order to make it comply, but personally I think I wrote those characters with a lot of truth in the end so that actually no lawyer could stand up and say, ‘They never said that,’ because I think they go, ‘Of course they said that. Of course, they must have.'”

What mattered to Davies, in terms of depicting the lives of gay men during this time, was acknowledging that “these heroes have been there for a long time before Stonewall came along, before gay rights were changed. People like Norman Scott were standing up and being proud for a long time in our history. People like Quentin Crisp, roundabout those years in the ’60s and ’70s — Quentin Crisp was a gorgeous brilliant icon, but he lived in Soho when he lived in the streets of London. He lived in artistic circles where it was maybe sort of easier. Norman Scott didn’t. Norman Scott worked on farms and lived outside of London where it was harder, I think.” 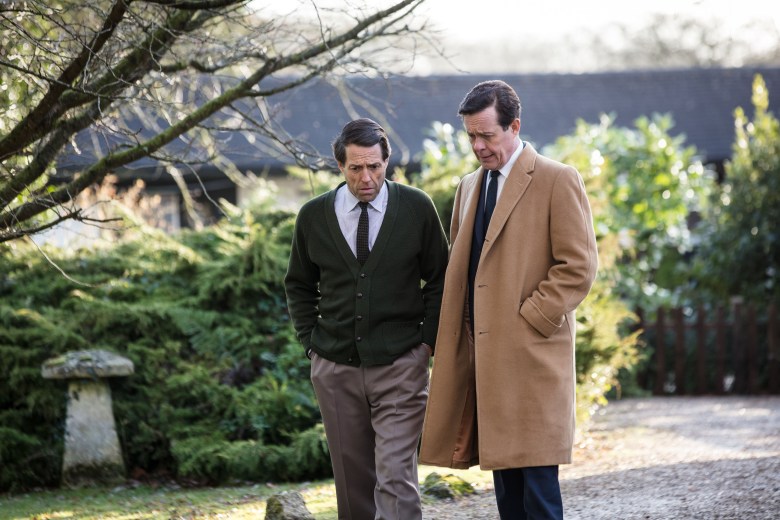 Davies was also sympathetic to Thorpe: “I hope you watch this with an understanding of why men were in the closet, how hard it was to be in the closet, to stay in the closet, what that meant for your family, to your wife, to your children,” he said. “I think I could eulogize him. For all the wrong things he did, nonetheless as an icon of what those past days were and how they’ve improved, I think he’s very important. I hope people now remember both Jeremy Thorpe and Norman Scott a bit more and recognize that in the constant struggle.”

In the adaptation process, one thing that did catch Davies off guard was how he came to understand that the trial (which, spoiler alert for history) ended with Thorpe being found not guilty for his crimes. “It’s always been upheld as a kind of miscarriage of justice. That’s how it’s referred to, that Jeremy Thorpe was obviously guilty,” he said. “I think he’s very probably guilty, but actually when actually researching it, it normally has been held that he was found not guilty because the establishment took his side, because the judge was biased, etc etc. Actually when you look at the evidence, if I was on that jury and I sat in the jury room, I would say there’s room for reasonable doubt.”

But the broader impact of the story comes down to how Thorpe’s trial led to “homosexuality erupting into court and erupting into the press and onto television, onto the nine o’clock news every night for the first time in history,” Davies said.

Yet much of the subject matter, especially the difficulty for gay men to determine just how much they’re willing to come out of the closet, remains deeply relevant to today. One breathtaking moment from Episode 3 features Norman declaring proudly that “I was rude, I was vile, I was queer — I was myself.” But it’s not a scene which takes place in a vacuum.

“A lot of this could happen now,” Davies said, “And that’s why just before that moment, I put that moment of him on his own crying in the toilets. Because it’s hard for him. It’s hard to be that out, and that’s still true now for some sometimes and in some settings, and some countries completely. To be that out and proud is hard work and can exhaust the soul.”

This led to a discussion of Netflix’s recent revival of “Queer Eye,” which Davies loves. “I think the way they confess so freely and with such a relaxed spirit on camera is gorgeous, absolutely gorgeous, and it shows that’s still new. That material still feels new on screen. It’s amazing,” he said.

That wasn’t the only American-produced TV show which came up during this interview, for the record, as Davies is also a massive fan of “Good Wife” spin-off “The Good Fight.” (Here’s a personal plea from Davies: “They make 23 episodes a year of the bad ones, and that one they only make 13. Please make more, please.”)

Davies’ next big project is a previously announced show for the BBC (“it doesn’t have any American money in it, which is very unusual for a British drama these days, but I think we scared off all the American money,” he said) called “Years and Years.” The series, which begins shooting this August, tells the story of a Manchester family beginning in the year 2019, and then going forward for the subsequent 15 years, a future history colored by Brexit, Trump, and everything else happening today. 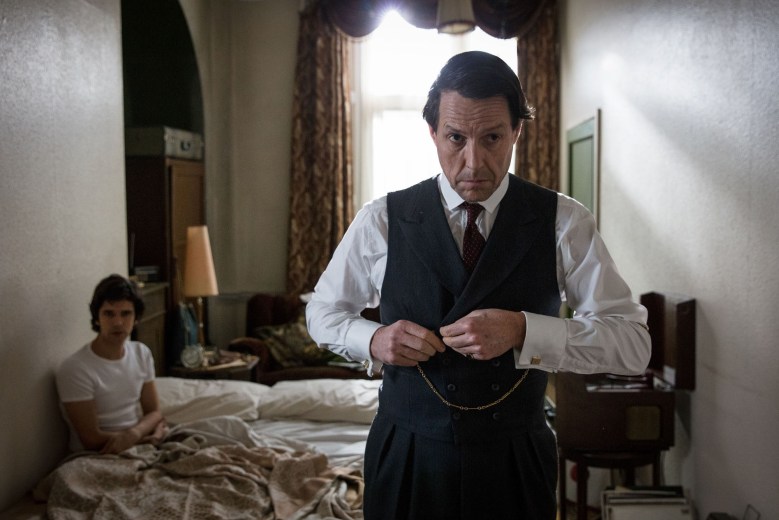 Continued Davies, “The world just gets madder and stranger, and our standards change. It’s a drama about surviving that, really. It takes an ordinary family and pushes them. It’s what we’re living every day. We’re living at such speed, even the chat show hosts can’t keep up.”

“Years and Years” may not yet have non-British distribution set up yet, but it seems like a safe bet that it’ll make its way to the States at some point (especially because Davies promises that there’s some “brilliant” casting in the works). Yet, when asked if he thinks about the global audience when he writes, his answer was a firm no.

“I think the way to make these things and to sell them across the world is not to globalize them, is not to add an American or a Chinese character just to increase the fanbase. It’s to concentrate on what it is and be honest to that,” he said. “‘Sherlock’ is huge in China, and ‘Sherlock’ is so British. ‘A Very English Scandal,’ the reviews we’ve had in America have been absolutely brilliant for a very buttoned up and immensely British cast. So I think you just stick to what you’re doing, really. Just make it good. That’s what travels internationally.”

Overall, in talking about the past, the present couldn’t help but surface. “We talk about the constant struggle now,” Davies said. “When you look at what’s happening with the Supreme Court in America, you’re actually looking at an America in which rights to gay marriage could suddenly topple with the appointment of the wrong judge. Everything we’ve earned has been hard won and everything we’ve earned has been paper thin.

“And I’m not having a go at America there. I think Theresa May will be chucked out of Britain any second now, and who knows who will replace her? I live in absolute fear of the right-wing Catholics who will replace her, and so the same problem could happen here. Equality and liberty are slender and we need to hold onto them and keep fighting for them, so that’s why I think we should keep telling these stories from throughout history, to show that this struggle is always ongoing.”

Concluded Davies, “Lordy, what a world.”

“A Very English Scandal” is streaming now on Amazon Prime.