Plus six more things we learned from the star during San Diego Comic-Con. 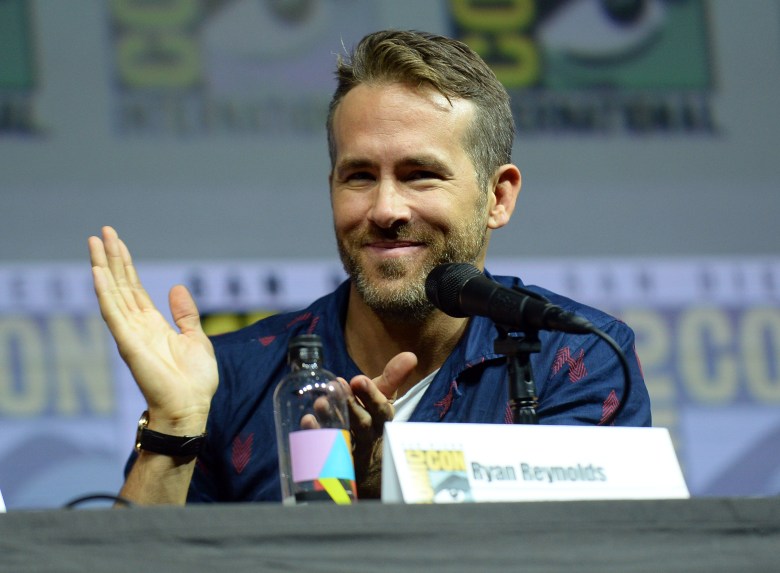 No talent was announced in advance of Saturday’s “Deadpool 2” panel at San-Diego Comic Con, but big names from the Fox sequel showed up, including Ryan Reynolds. The film’s star and producer was joined by director David Leitch, fellow actors Zazie Beetz (Domino), Brianna Hildebrand (Negasonic Teenage Warhead), and Stefan Kapičić (Colussus), as well as his co-screenwriters Rhett Reese and Paul Wernick. Moderating duties fell to Karan Soni, who plays a New York City cab driver in the franchise.

No mention was made of “X-Force,” the next film featuring Reynolds and Beetz’s characters, which reportedly begins shooting in October. Instead, the group spent an hour promoting the Blu-ray release of “Deadpool 2” (August 21), set to feature an extended cut with jokes and scenes omitted from the theatrical version.

Here are seven things we learned about the actor behind “the merc with a mouth.”

“There was an early draft of ‘Deadpool 2’ that the entire plot was Deadpool trying to steal the big red chair from ‘The Voice,'” said Reynolds. His collaborators confirmed he wasn’t kidding.

Reynolds has no hard feelings about his past superhero incarnations.

While he considers his  “X-Men Origins: Wolverine” (2009) and “Green Lantern” (2011) “both pretty bad,” Reynolds also can’t help but “love them.” He explained that those tentpoles have served as “an endless wellspring of awesome jokes for Deadpool, so I can’t say I hate either of them. I actually sort of love them both.”

When Fox greenlit “Deadpool” after the project had been in development for a decade, Reynolds remembers thinking, “I need an adult diaper right now, and I don’t know if I want to do that.’ It’s a scary moment, to take that leap and go, ‘Okay, I’m gong to jump back into this incredibly scary place again.'” 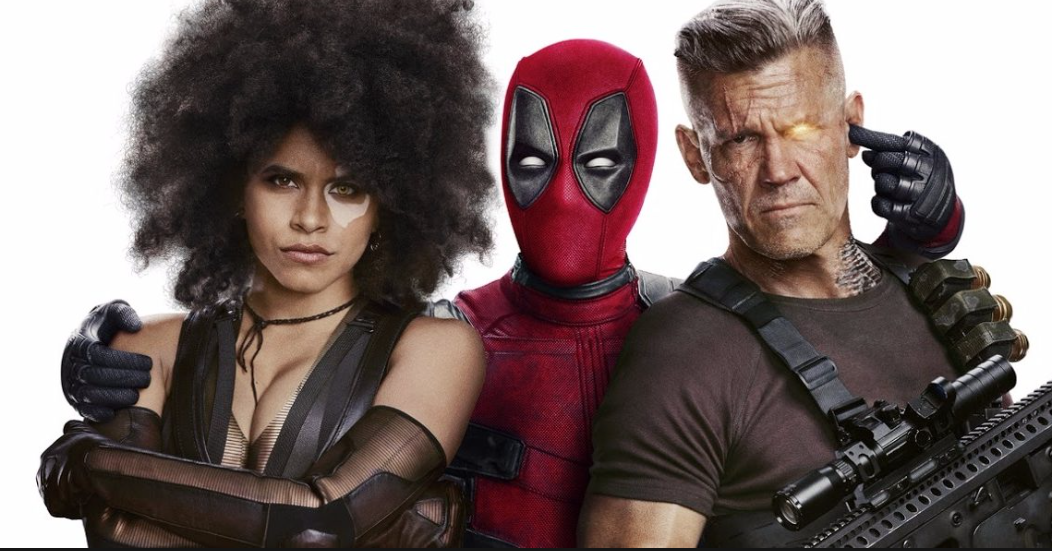 For years, the caped crusader Reynolds most wanted to play was the Wally West version of The Flash. “That ship has passed,” Reynolds assured the Hall H crowd.

Making “Two Guys, a Girl, and a Pizza Place” led to his best career advice.

“I found myself holding back a lot in the first couple episodes,” Reynolds said of the show, which ran on ABC from 1998-2001. “I was kind of Canadian about it all. I was insecure like, ‘Your line, go ahead.'” Then co-creator Danny Jacobson intervened. “He said something to me that I’ll never forget, which has served me so well: ‘It doesn’t make you an asshole if you take the stage.’ Meaning go out there and just give it your all. […] I can go out there and have fun and do my thing, do it as well as I can, and not really have to apologize for it because that’s what we’re all here to do.”

He and Wife Blake Lively Have Spent a Lot of Time in Gilead.

The couple is “loving” “The Handmaid’s Tale,” after two seasons. Reynolds also thinks Taika Waititi’s 2016 film “Hunt for the Wilderpeople” is “one of the best movies you’ll ever see,” lamenting that “so few people in the United States have seen this film.” “Hunt” stars his “Deadpool 2” co-star Julian Dennison.

One of the last parts of “Deadpool 2” to be finalized were the CGI “baby legs” the character grows after blowing himself up. “I have a little girl, and I kept saying that the legs need to look like those,” said Reynolds. The first couple iterations — Dan Glass — who’s our visual effects coordinator, he made them sinister. I was like, ‘Who hurt you?'” Leitch recalled Reynolds’ note as, “‘They need to be cuter.” 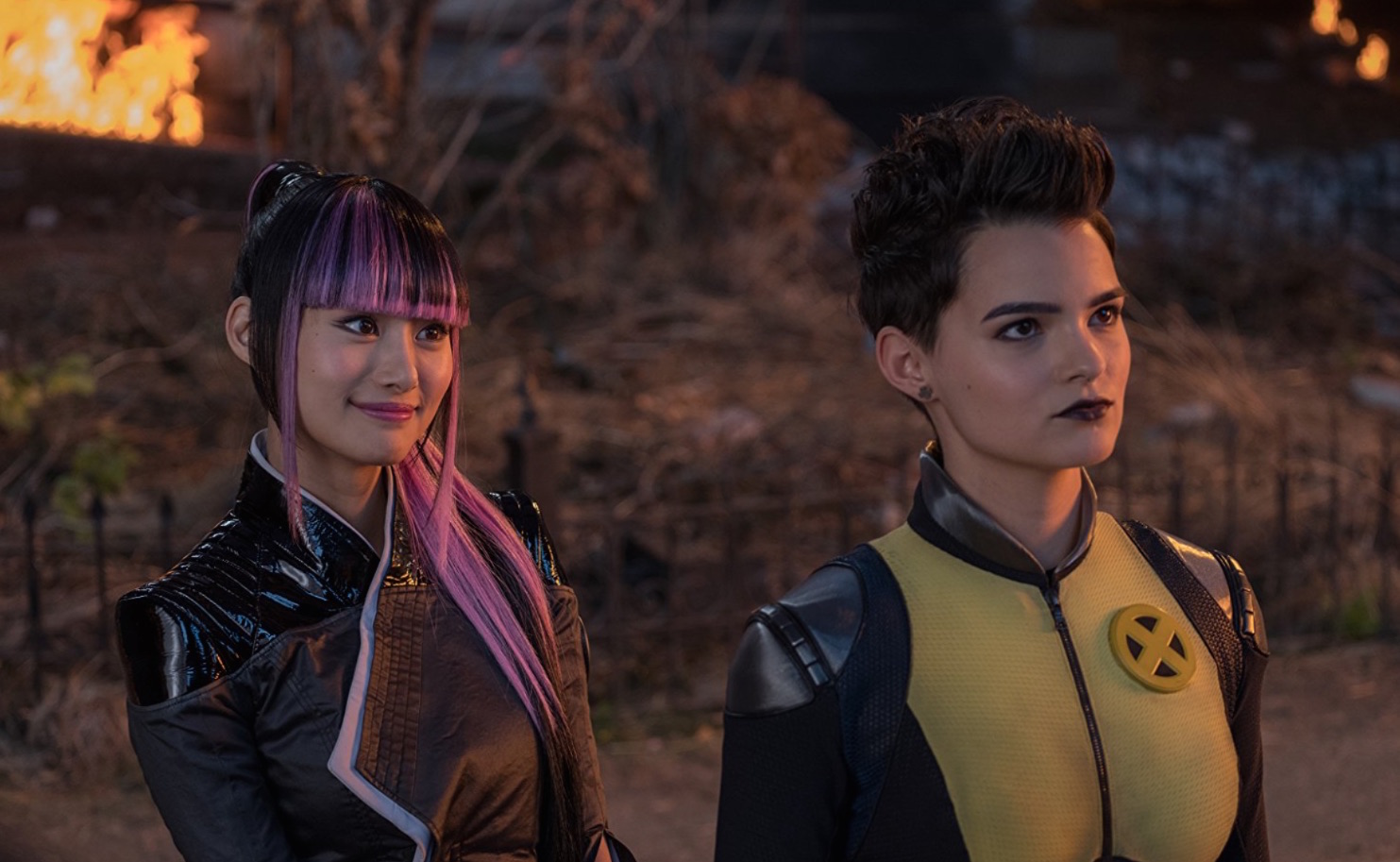 He gave his co-star input on her onscreen, same-sex romance.

Before putting Negasonic Teenage Warhead’s (Brianna Hildebrand) girlfriend Yukio (Shioli Kutsuna) in the script, Reynolds emailed Hildebrand for her feedback. “I was ecstatic about it, I thought it was amazing,” said Hildebrand. Her only caveat was that “it not be made a big deal. It just be [that] she has a girlfriend now, and now they’re kicking ass.” Reynolds said movies “need to reflect the real world. Regardless of your sexual orientation, your sex, your color, your anything. And we don’t need to be making a big deal about it or patting ourselves on the back. It can all just be up on the screen. It’s life.”

This Article is related to: Film and tagged Comic-Con, Deadpool 2, Ryan Reynolds