Palin is calling on Showtime to donate the profits from Cohen's upcoming television series to military veterans’ groups. 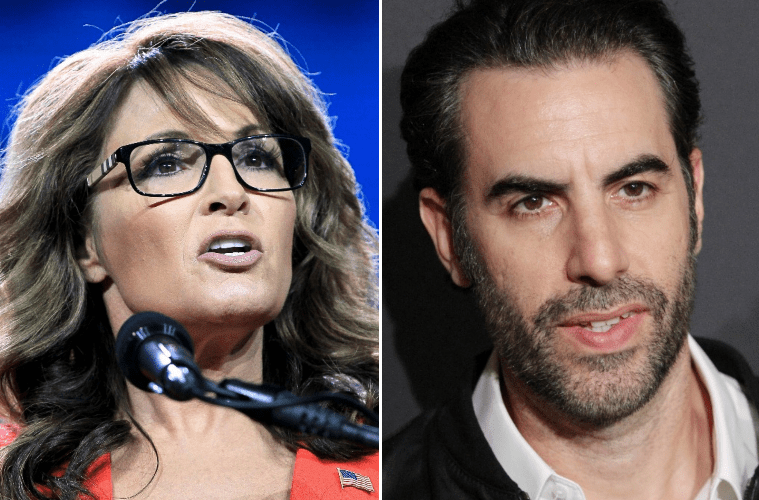 Sacha Baron Cohen’s Showtime series “Who Is America?” hasn’t premiered yet, but it’s already making headlines left and right. Sarah Palin revealed to The Daily Mail (via The Hill) that she was tricked into being an interview subject on the series and that Cohen duped her by posing as a wounded war veteran. Palin is now calling on Showtime to donate profits from the series to military veterans’ groups. Palin slammed the show via Facebook.

According to Palin, the interview took place in Washington D.C. and Cohen “had heavily disguised himself as a disabled US Veteran, fake wheelchair and all.” Palin noted the decision to pose as a wounded veteran was a disrespectful choice on Cohen’s part.

“The disrespect of our U.S. military and middle-class Americans via Cohen’s foreign commentaries under the guise of interview questions was perverse,” Palin said. She continued by saying she originally agreed to the interview because she thought it was a chance to speak with someone who had served in the military.

“Out of respect for what I was led to believe would be a thoughtful discussion with someone who had served in uniform, I sat through a long ‘interview’ full of Hollywoodism’s disrespect and sarcasm — but finally had enough and literally, physically removed my mic and walked out, much to Cohen’s chagrin,” Palin said. “Experience tells us it will be heavily edited, not pretty, and intended to humiliate.”

Palin is now calling on Cohen and Showtime to “donate all proceeds to a charitable group that actually respects and supports American Vets.” IndieWire has reached out to Showtime for further comment.

“Who Is America?” made headlines earlier this week for a promo featuring Dick Cheney happily signing a waterboarding kit. The series debuts on Showtime this Sunday, July 15.

This Article is related to: Television and tagged Sacha Baron Cohen, Sarah Palin, Showtime, Who Is America?