Johansson is starring as prostitution ring leader Dante “Tex” Gill in the new film from her "Ghost in the Shell" director Rupert Sanders. 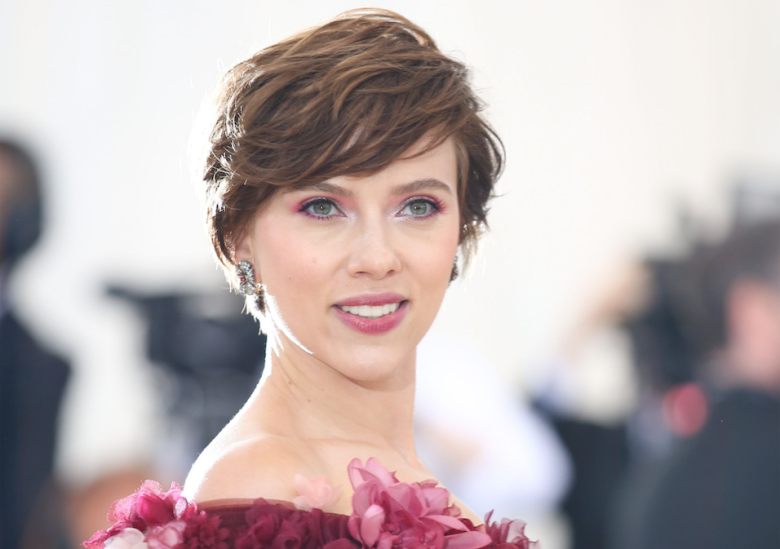 Scarlett Johansson’s latest film role was confirmed July 2 by Deadline when it was announced the actress would be reuniting with her “Ghost in the Shell” director Rupert Sanders for the crime biopic “Rub & Tug.” The story centers around the life of Dante “Tex” Gill, who became infamous in 1970s Pittsburgh for operating massage parlors that served as fronts for prostitution. Gill was ultimately arrested and served seven years in prison for tax evasion.

While the idea of Johansson playing a crime boss is exciting, many fans took to social media to express problems with the casting since Dante “Tex” Gill was a transgender man (see embedded tweets below). ScreenCrush dove deep into Gill’s real life and confirmed the crime boss lived as a “transmasculine person,” pointing to old newspaper articles that described Gill as “the woman who prefers to be known as a man.” Johansson is a cisgender actress, which is the reason for the casting backlash.

Bustle reached out to Johansson for a comment about the casting backlash and got the following response from her representative: “Tell them that they can be directed to Jeffrey Tambor, Jared Leto, and Felicity Huffman’s reps for comment.” The rep said the comment came directly from the actress herself.

Johansson’s statement refers to three cisgender actors who all earned rave reviews and accolades for playing transgender women in film or television. Jeffrey Tambor won an Emmy for his lead role on Amazon’s comedy series “Transparent,” while Jared Leto won an Oscar for “Dallas Buyer’s Club” and Felicity Huffman earned an Oscar nomination for “Transamerica.”

“Rub & Tug” isn’t the first time Johansson and Sanders are coming under fire for problematic casting. The duo’s “Ghost in the Shell” became synonymous with Hollywood’s whitewashing problem when Johansson was cast in the lead role of a Japanese manga adaptation.

Before taking on “Rug & Tug,” Johansson will finish production on Taika Waititi’s “Jojo Rabbit.” The actress can be seen as Black Widow in next summer’s “Avengers” sequel. IndieWire has reached out to Johansson for further comment.

First the Japanese, and now Scarlett Johansson is taking on the trans community with her new film Rub and Tug. I can’t wait until her Rosa Parks film comes out. https://t.co/nbmoMkoNlN

These mofos both partnered up for GITS–the same movie where ScarJo was cosplaying a fucking Japanese woman. So it’s fitting they’d team up to have her cosplay trans person.

If the heifer could fucking act, she wouldn’t need these constant controversies.https://t.co/4sP2MQpMch

A cursory glance at Tex Gill’s history shows he wasn’t a crossdresser. He was transgender. THESE ARE NOT THE SAME THING, @Deadline. https://t.co/CIo1RXLopE via @deadline