"It was difficult," Noxon said about working with Vallée and clashing with the director over the script. 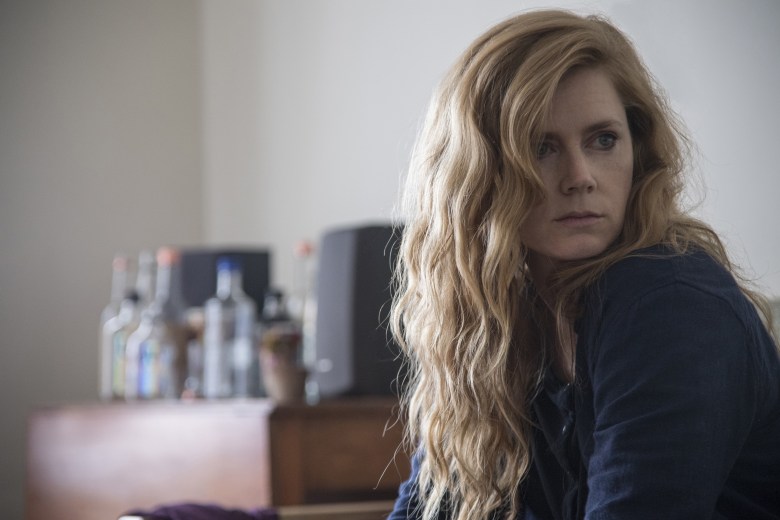 “Sharp Objects” is HBO’s big limited series event of the summer, but getting the project from page to screen wasn’t without its challenges. The series is created by “To The Bone” director Marti Noxon and based on Gillian Flynn’s 2006 debut novel. Noxon revealed in a candid interview with Vulture that “screaming matches” took place during production between herself and Jean-Marc Vallée, the Emmy-winning director of “Big Little Lies” who helmed all eight episodes of “Sharp Objects.”

“It was difficult, I’m not going to lie,” Noxon replied when asked what it was like working with Vallée, whose film credits include “The Young Victoria” and “Wild.” “I find that many artists are incredibly…what’s the right word? Incredibly sensitive. And it wasn’t without its toe-to-toe screaming matches. [Laughs.]”

Noxon explained she clashed with Vallée “over the nuance of language because Jean-Marc is from Montreal and he doesn’t share the love of the English language that I do and Gillian does in the same way.” Anyone familiar with Vallée’s work, including his direction on “Big Little Lies,” knows he is a highly visual filmmaker who relies on dialogue-free montages and meticulous editing to evoke the emotions and memories of his characters.

“He’s much more interested in imagery and telling stories through pictures, and he’s brilliant at that,” Noxon said about the filmmaker. “He has a comfort level with visualizing things to music, and he gets very attached to certain pieces of music. I totally understand that now as I’m learning more and more as a director, but I love language…I studied theater at Wesleyan before I became a writer, and the beauty of language, particularly in the Southern Gothic tradition, is so important to me. I kept talking to him about ‘The Night of the Hunter,’ and he didn’t want to listen to me! [Laughs.]”

Noxon said “Sharp Objects” maintains Vallée’s style but is a bit more tied down to the page than “Big Little Lies.” The showrunner explained she even brought on a producer to the project so that he could go “toe-to-toe” with Vallée to ensure he was sticking to the script as much as possible.

“Myself and Jessica Rhoades, one of the key producers from Blumhouse [Productions], and Amy [Adams] and Gillian and another producer who I insisted be brought to the whole production so that he could also go toe-to-toe with Jean-Marc over words…over the words!” Noxon said. “You’ll see over the course of “Sharp Objects” that it fulfills the promise of ‘Big Little Lies,’ but I would argue it’s even better because he shot the text.

“Sharp Objects” begins its eight-episode run on HBO starting this Sunday, July 8. Head over to Vulture to read Noxon’s interview in its entirety. IndieWire has reached out to HBO for comment.