TCA: Amy Adams, Marti Noxon, and the "Sharp Objects" team put to rest rumors of a Season 2, and HBO boss explains why this is different than "Big Little Lies." 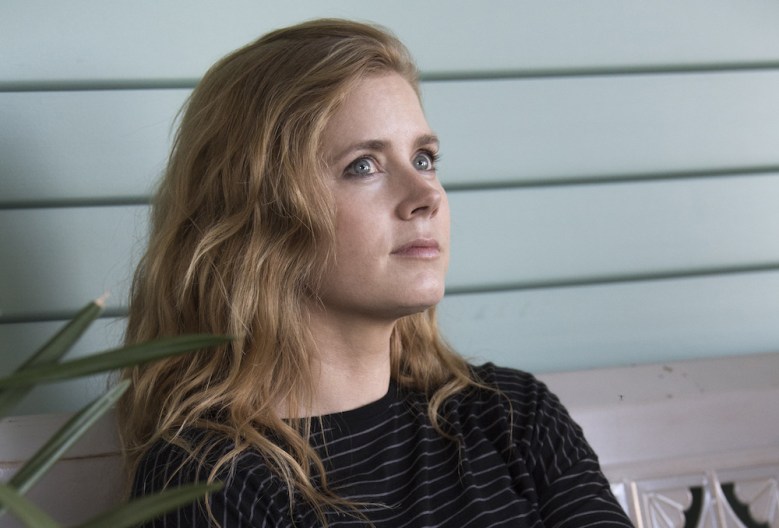 The panel, which included Noxon, Gillian Flynn, Eliza Scanlon, Amy Adams, Jean-Marc Vallee, Patricia Clarkson, and Chris Messina, was asked about whether or not they would make a second season of “Sharp Objects.” Noxon answered quickly and succinctly, and no one else felt the need to chime in and add additional comment.

“Sharp Objects” was always billed as a limited series, but in the era of revivals and extensions, there are always ways to bring back successful shows. HBO’s latest limited series snagged 1.5 million viewers with its premiere — a figure that’s 36 percent higher than the debut of “Big Little Lies” and the network’s best new series premiere since “Westworld” topped 2 million.

The second episode dropped 37 percent, but that’s almost exactly in line with the week-to-week shift “Big Little Lies” saw in 2017, and the third episode didn’t lose (or gain) any viewers. In other words, “Sharp Objects” looks to be another hit — just like “Big Little Lies,” and HBO originally billed that as a limited series, too. Now it’s in production on Season 2, so it makes sense “Sharp Objects” producers would be asked if they’re also interested in extending the series.

But HBO programming president said there was a big difference with “Sharp Objects,” and he promised that HBO wouldn’t do an about face this time.

“The different between ‘Sharp Objects’ and ‘Big Little Lies’ is in ‘Big Little Lies,’ all of the cast — Reese, Nicole, Zoe, Laura, Shailene — they all came to us wanting to do more,” Bloys said. “They were willing to do more. And obviously ‘Sharp Objects’ is a much darker subject matter and it’s a lot for Amy to play that character. It’s a lot to ask someone to inhabit that role. It’s not a role she can do again. That makes total sense to me. Without her doing it, I don’t think a Season 2 makes sense. I think this one we will take a really excellent limited series that did well for us and be thankful for that. No plans in the works.”

Of course, at this point in “Big Little Lies'” original run, the network wasn’t expecting to renew it. In an interview with Vulture, HBO President of Programming Casey Bloys said they didn’t start thinking about Season 2 until around the time the finale debuted.

“Maybe toward the end of airing, either toward the end of airing or right after it finished airing, we asked, ‘Can we all work together again?'” Bloys said. “It was a more general, ‘What can we all do?’ than ‘We have got to do Big Little Lies Season 2.’ Everybody had such a great experience together — truly, a really great creative experience together. The producers started to say, ‘Well, could you do more? Maybe you could do more?’ What was really key in this was that we all kind of approached it skeptically. You don’t want to make a decision out of, ‘That worked, let’s do more,’ and have that drive the decision.”

The questions will certainly continue as long as “Sharp Objects” remains popular, but for now, perhaps it’s best to heed Noxon’s advice: Enjoy it while it lasts.