Rosanna Arquette and Carly Craig are a mother and daughter on Tinder. Watch the first two episodes free. 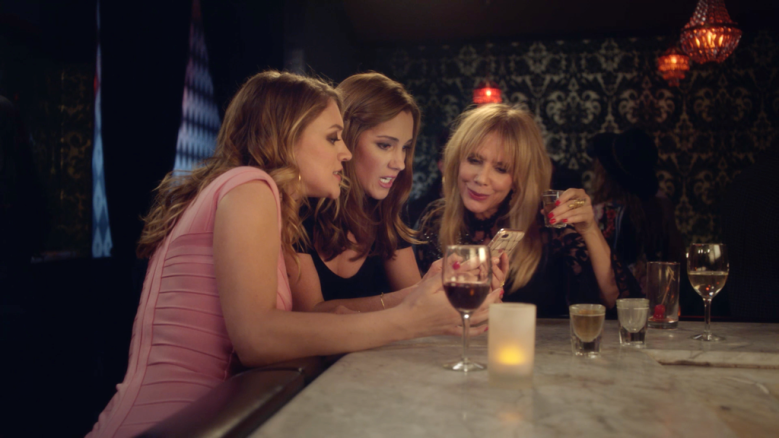 It’s not often that a real dating app is used on a TV show, much less featured as prominently as it is on “Sideswiped,” but apparently YouTube and Tinder matched, and their mutually beneficial relationship has resulted in a new rom-com. Dating, especially in the digital age, is well-traveled ground, but YouTube Premium is hoping that viewers like the first date episode enough to come back for more and see the depth that is lurking beneath the pretty profile. At times awkward and depressingly realistic about navigating being single today, “Sideswiped” already shows in its first two episodes the potential for sincere insights into a range of relationships — romantic or otherwise.

New mom Jayne (Chelsea Frei) is missing the romance in her life, and thus sets up her stuffy insurance agent sister Olivia (Carly Craig) with a Tinder profile. Armed with this mobile portal to love, she’s only one right-swipe away to a match, as long as the guy also swipes right. In a drunken fit of desperation and biological clock-watching, Olivia swipes right on every profile she sees on her 35th birthday, and the next morning she has 252 matches.

Sure, the premise that one must partner up or have children by a certain age is problematic, but it’s nevertheless reflective of society’s dominant values. Olivia’s track record, however — only one real relationship that ended two years ago and resistance to romance ever since — means that she must first learn how to date all over again before she can even be ready for coupledom.

For the most part, Olivia’s dating exploits would be enough for the show. After all, she is still learning her needs and preferences, and the endless parade of men — Jason Sudeikis, Tyler Posey, and Charles Michael Davis, among others — are delightful in their familiarity as dating stereotypes: the health nut, the CEO who’s too good to be true, etc. And while their blatant inappropriateness is part of the fun, it’s also done in a good-natured way that also highlights Olivia’s own faults. Plus, the sexual interactions depicted are aboveboard and consensual, which a refreshing, sex-positive attitude despite some initial slut-shaming commentary. However, while “Sideswiped” healthily engages in sex talk and sex acts, very little is shown in the way of nudity, thus maintaining that lighthearted rom-com tone. 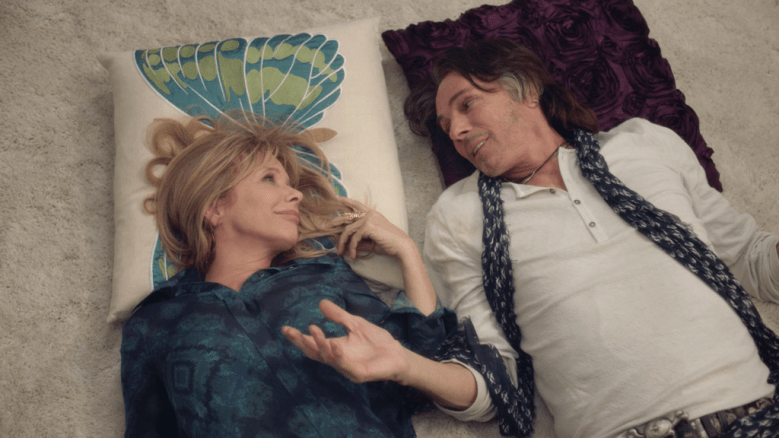 Jayne and their mother Mary (Rosanna Arquette) give “Sideswiped” extra dimension, however. Each of them have achieved what Olivia wants — finding the love of their lives, getting married, and having kids — but that has not guaranteed them domestic bliss. Both are still facing the same fate as Olivia but in a different form: to constantly seek connection. Mary is recently widowed and can’t seem to handle doing anything alone (thus, her crashing at Olivia’s), and she’s also on Tinder. Meanwhile, Jayne wants to rekindle the flame with her husband Jim (Craig Frank), who is content in their comfortable relationship.

In some ways, this could be an old-fashioned relationship comedy, but “Sideswiped” fully embraces that fact that most of us are on our phones. When each new character is introduced on the show, one of their profiles — dating app, Facebook, etc. — pops up to give us the quick 411. This screen-on-screen view creates a bizarre meta-commentary on how we experience the world. That said, the series is restrained and balanced in its use as a storytelling device. The potential to really examine the microcosm that is dating apps — the typical photos, the clicked language, how to game them — could fill a series in itself. Instead, the focus remains on Olivia and her family’s ordeals and encounters, always circling back to the heart of the women’s insecurities. There’s a core of yearning in the show that belies the raucous tone of the in-your-face comedy elements, and this gives “Sideswiped” a potential for something truly heartfelt.

“Sideswiped” releases all eight episodes of Season 1 on Wednesday, July 25 on YouTube Premium.

This Article is related to: Television and tagged Sideswiped, TV Reviews, YouTube Premium