Alternatively charming and cruel, lovable and fucking weird, Macfadyen's Tom Wamsgans —Wamsgans! — is a spellbinding presence in the HBO drama. 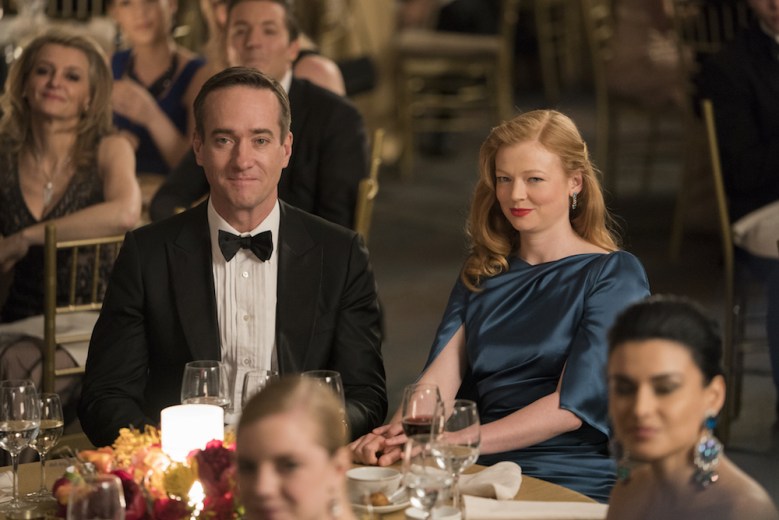 [Editor’s Note: The following contains slight spoilers for “Succession” Season 1, through Episode 5, “I Went to Market.”]

You know Tom Wamsgans is a special character when he throws Greg into the death pit. OK, honestly, you probably knew Tom Wamsgans was a special character the second you realized his last name is “Wamsgans,” an unspeakably perfect Midwestern surname, but the death pit — as with all of Tom’s petty interactions with Greg — encapsulates so much of what makes Tom a riveting presence in HBO’s “Succession.”

An upper-level employee of the Roy family’s media conglomerate, Matthew Macfadyen’s character knows he shouldn’t tell anyone his newfound secret, for risk of spreading the company-killing intel he’s acquired, but he can’t resist dropping a load on his recently acquired human punching bag, Greg (played by Nicholas Braun, who proves to be a gold-level reactions repository). Laughing like a Bond villain while claiming he’s “fucked forever,” Tom proceeds to confess everything to his low-level inferior, inviting disdain, empathy, and fear — all wrapped with a comic bow — in just a three-minute scene.

But it’s more than a strange encounter; Tom is a weird fucking dude. In previous episodes, “Succession” has shown Tom as a fiancé so supportive he’s submissive; he’s a loving, invested, if slightly twisted partner to Shiv (Sarah Snook), and those scenes make this one all the stranger. He’s like two different people depending on who he’s with: Shiv or Greg. Each persona is so strong, it invites the audience to think, “That’s the real Tom.” So what is it that drives Tom? What is he up to? How did we get here, at a place where Macfadyen’s character represents as enticing a secret as anything offered in HBO’s grand upcoming mystery, “Sharp Objects”?

Who is this Tom Wamsgans?

The easy explanation for Tom is he’s a gold digger; he loves the Roy family so much, he’s convinced himself he’s in love with Shiv. His work is his life because he’s made his personal life into his work. Just look at Tom, sitting in the hospital patiently picking at a piece of cake while everyone around him tears themselves apart over Logan’s impending demise. He’s got a thumbs up locked-and-loaded for Roman, who honestly couldn’t care less what Tom’s doing.

But that’s OK. Tom will take a boatload of shit from his current bosses and would-be brothers-in-law and then throw that shit in the face of those underneath him. In the “death pit” episode, “Sad Sack Wasp Trap” (what a title, by the way), Tom is a victim and a monster. He pulls Greg into the pit and then makes Greg thank him for it. “You’re family,” Tom says, when Greg says he “might not like it in the death pit,” and for as much as Tom is using that word as a bullying tactic, he also believes it. He’d just tried to tell Kendall (Jeremy Strong), his boss and future brother-in-law, only to be given a similar, if more distancing, speech on loyalty.

“You know what my dad always said?” Kendall tells Tom. “He’d say he loved all his employees, but he particularly loved the ones who ate the shit for him and he never even knew it.” Tom will eat that shit — with “a knife and a fork and some hollandaise,” apparently. Kendall knows it, and Tom knows it. They both even know that, despite his occasional outbursts, Tom is OK with eating the shit, sauce or no. Tom has his eye on the prize: a long, wealthy life with his bride-to-be and the Roy media empire.

In fact, it’s the level of shit Tom is willing to shovel directly into his mouth that makes it easier to believe his relationship with Shiv is entirely motivated by her family and her family money. If he’s willing to go to such law-breaking extremes at work, why not devote his cold, money-grubbing heart to a woman who can alleviate some of the flow and maybe even boost him above-stream? 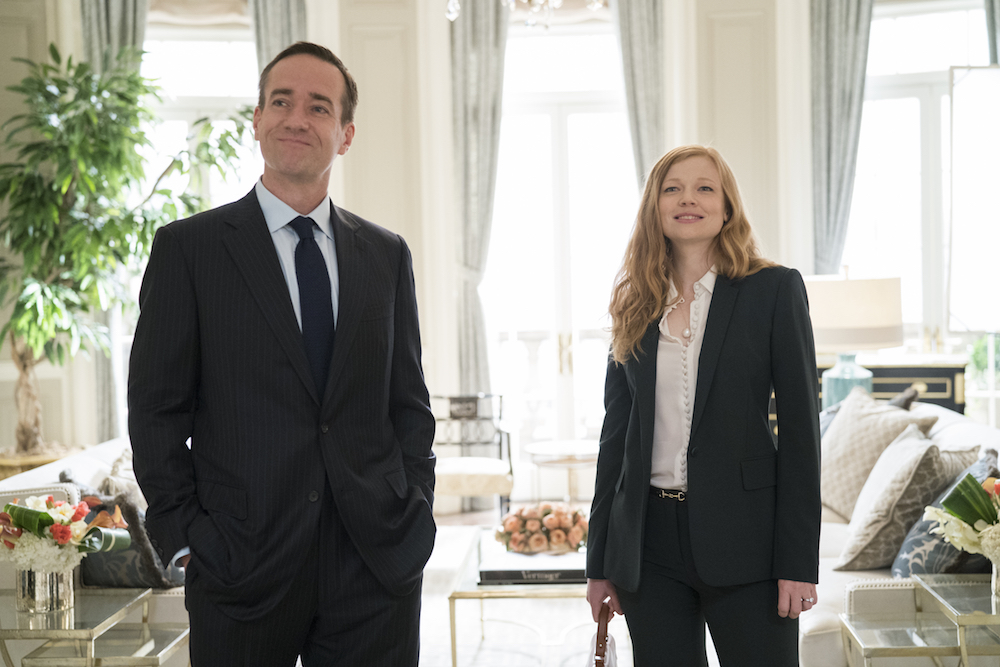 That’s where Macfadyen comes in. He and Snook share a comic repartee filled with black edges, but simple joys, as well. When Tom brings Shiv his problem, describing the secrets he knows as “zombies ready to rise up from the dead at any moment and kill me,” Macfadyen is kneeling on the back of a chair in his pink boxer shorts, pleading with his fiancé for help even as her body language makes it clear she couldn’t care less. He’s in a panic, trying to confirm his plan to tell the truth via confessional press conference with the one Roy family member who won’t immediately belittle him for having an idea at all.

But Macfadyen keeps his tone light, his terrifying words puffed up with bits of laughter. He’s selling this idea like one does when they don’t want their partner to get mad, worried, or otherwise concerned. It’s in line with most of his conversations with Shiv; in Episode 5, “I Went to Market,” when Tom recounts his mother’s reaction to his prenuptial agreement as “unconscionable,” Macfadyen puts such a delicate twist on the heated final verdict it sounds damn near cute.

Damning verbiage aside, Macfadyen is often cute. He gets down on his knees and “pays homage” to Shiv’s vagina. He naps with her during car rides. He hugs and kisses and tickles and laughs with her. Macfadyen plays his scenes with Shiv so damn lovingly and his scenes at work with so much toxicity it’s a coin flip whether he’s Machiavellian enough to lie through every romantic moment of his life or he’s a simple Minnesotan businessman who’s trying to please the impossible-to-please family of the woman he loves.

Either way, Macfadyen is bewitching as both versions of Tom, and that’s a tricky feat to pull off. Skewing too far one way or another gives away too much of the character’s secret motives (and he must have secret motives), or it runs the risk of making Tom unbelievable. Macfadyen is so convincing he stabilizes Tom as a whole person; a power-hungry and/or people-pleasing office drone who’s using his fiancé for her elite family status and/or is deeply in love with her to the point of being overtaken by her toxic father and brothers.

No matter what comes of Tom’s overarching story, he’s become a tremendous character in sheer entertainment value alone. Pondering the inner workings of his mind is as rewarding as the giddy laughs springing from Macfadyen’s lively performance. For a man who’s best known for period pieces like “Pride & Prejudice,” “Anna Karenina,” and “Howards End,” his modern-day man is a thing to behold.

This Article is related to: Television and tagged HBO, Matthew Macfadyen, Succession