Showrunner Bruce Miller explains who not to worry about following "The Word" — as well as who does deserve your concern. 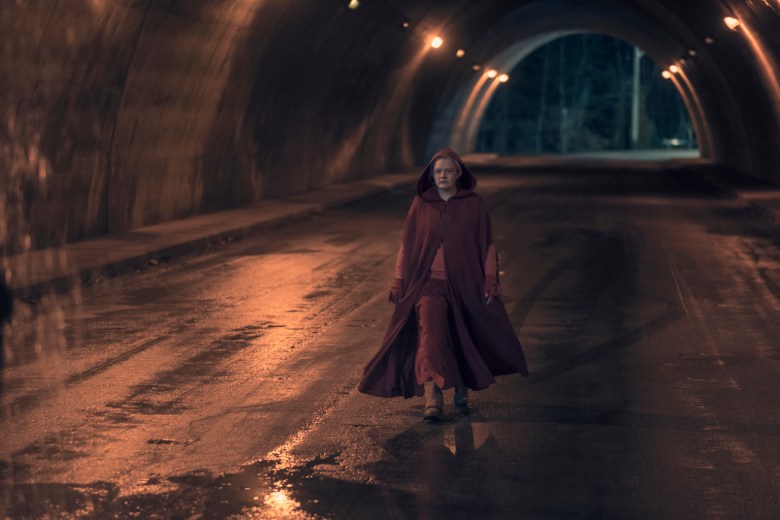 Elisabeth Moss in “The Handmaid’s Tale.”

[Editor’s note: The following contains spoilers for “The Handmaid’s Tale” Season 2 Episode 13, “The Word,” as well as insight into plans for Season 3.]

At a special screening of the Season 2 finale of “The Handmaid’s Tale” this Monday, Elisabeth Moss said what she hoped to see happen for the character of June in the next season of Hulu’s Emmy-winning favorite: “I hope she’s going to go back and fuck some shit up.”

And yeah, June is well-positioned to do so. After an epic escape that led to her infant daughter getting a ride out of the bleak dystopia that is Gilead, June is free and ready to fight the powers that be. What sort of path she’ll walk is a question that won’t be answered for months, but during a conference call hosted by Hulu prior to the show’s premiere, showrunner Bruce Miller did offer a lot of valuable insight into what might come next for the series. Below is an edited recap of his comments. 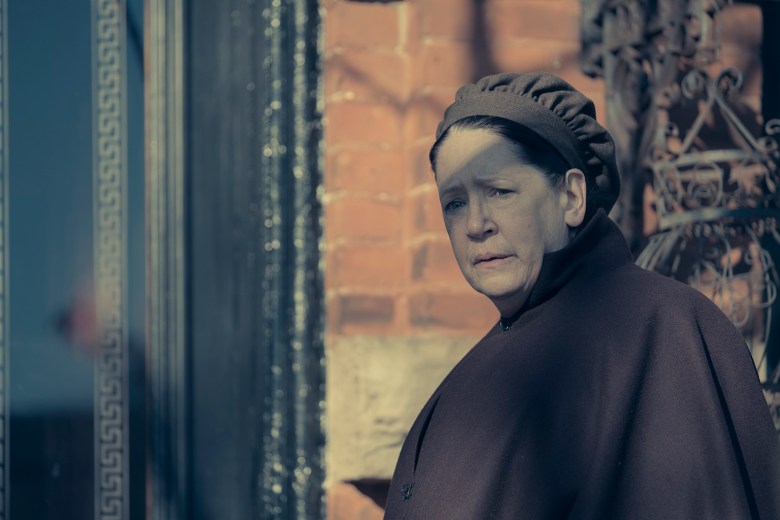 Ann Dowd in “The Handmaid’s Tale.”

While in the finale Aunt Lydia (Ann Dowd) turns her back on Emily and Emily takes advantage of the opportunity to deal out a world-class ass-whupping, Ann Dowd fans needn’t worry: Miller says she’ll be fine. “Aunt Lydia doesn’t die. I don’t think Aunt Lydia can die,” he said. “I don’t think there are forces in the world strong enough to kill Aunt Lydia. And by extension the incredibly strong, fabulous Ann Dowd — I think she is with us for a long, long time as well.”

But beyond that, Miller noted that the attack will have an impact on the character. “Aunt Lydia doesn’t die, [but] she’s transformed by this event. The fact that one of her girls… has literally stabbed her in the back. I think that that alters your workplace feelings on a day-to-day basis… In her case, it makes her double down that she feels like she just wasn’t strong enough in her discipline. So she, I think, has decided it’s time to get tough.”

2. Bradley Whitford Will Also Be Back

Miller confirmed the plan to bring back Whitford as Commander Lawrence in Season 3: “He was exactly the kind of character we wanted to start building in Season 2… I think we’re going to learn a ton about him.”

In Miller’s words, Commander Lawrence (a high-ranking official who helped Emily escape Gilead in the finale) “is our Oppenheimer character. The man who designed an atomic bomb and then saw what it could do. I mean, he’s a designer of Gilead, and now he’s seen what it can do. So he is a mass of contradictions and dangers, so you never know what he’s willing to do, what he’s not willing to do.”

Most importantly, Lawrence’s involvement in Season 3 will entangle with June’s. “He’s been protecting himself for a very long time. And his adventure to keep himself alive certainly is not always an adventure that’s going to keep the people around him alive. But now that June has crossed paths with him, she’s gonna cross paths with him a lot more in Season 3,” Miller said. 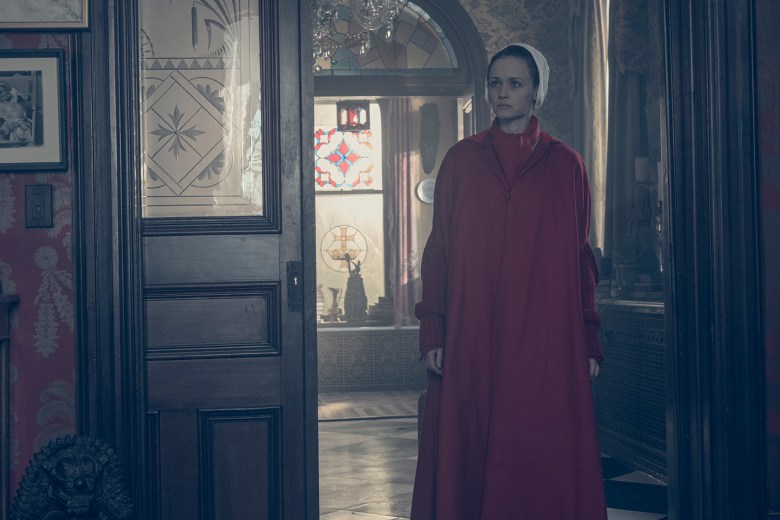 Alexis Bledel in “The Handmaid’s Tale.”

Miller promised that the escape of Emily and baby Nichole in the finale isn’t the end of their journey on the show, though he did say that “I don’t know that we’re gonna see Nichole going to her first prom very soon.”

Instead, expect to embrace Nichole as a symbol of what many of these characters are striving for. “It’s a huge, huge puzzle piece of our world,” Miller said. “It’s June’s child, and just as much as Hannah has been a huge part of our show, Nichole’s gonna be a huge part of our show, whether it’s in influence or whether it’s in corporeal reality with someone holding them in our arc. She is the force to be reckoned with. She is the next generation that they’re all doing all of this for.”

4. And Nichole’s Official “Mother” May Regret Her Decision to Let Her Go 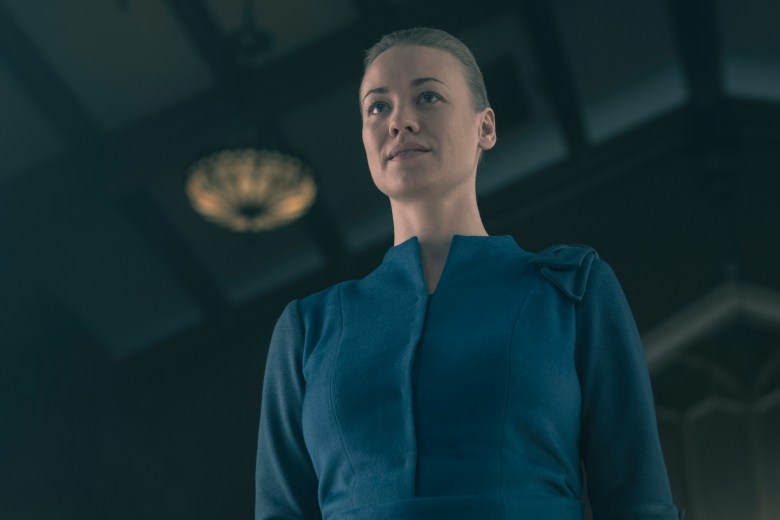 Yvonne Strahovski in “The Handmaid’s Tale.”

In the finale, a traumatized Serena (after being punished by the Gilead government for the sin of reading) agrees to let June escape with infant Nichole. But what comes next? “She genuinely loves the child, it can’t grow up in Gilead, she has a choice to make,” Miller said. “Is she gonna find something else to focus on? Is she going to stay bereft, and empty, and live in Gilead? Or is she gonna find a way to get her daughter back? Is she gonna change her mind about her daughter and try to get her hands on that child again? All those things are possible.”

Thus, Miller suggested, “I think that going forward with Serena you want to follow that incredibly intelligent woman with a force of personality and tunnel vision that is unrivaled. What is she gonna bring that force to bear on next, I don’t know. I mean, I know because I’m working on it. But I’m not sure whether she’d be so quick to let go of the idea of a child just because she made a decision in a moment.”

5. Maybe Get Worried About Nick, Though 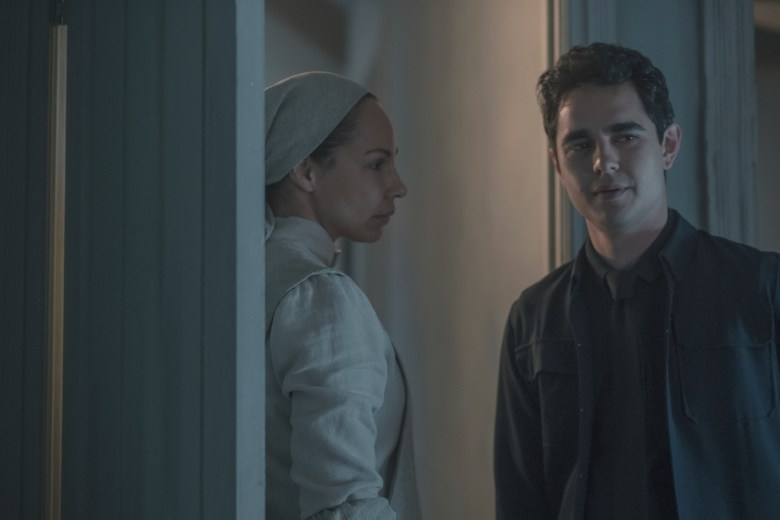 Amanda Brugel and Max Minghella in “The Handmaid’s Tale.”

In the finale, we see Nick take a bold stand against Commander Waterford, keeping him inside the house even after he discovers the escape of June and Nichole, a choice which Miller called “impulsive,” though “he’s not an impulsive guy in general.”

And without getting into details, Miller noted that “yes, there will be repercussions for Nick.”

6. Expect to See Other Familiar Locations 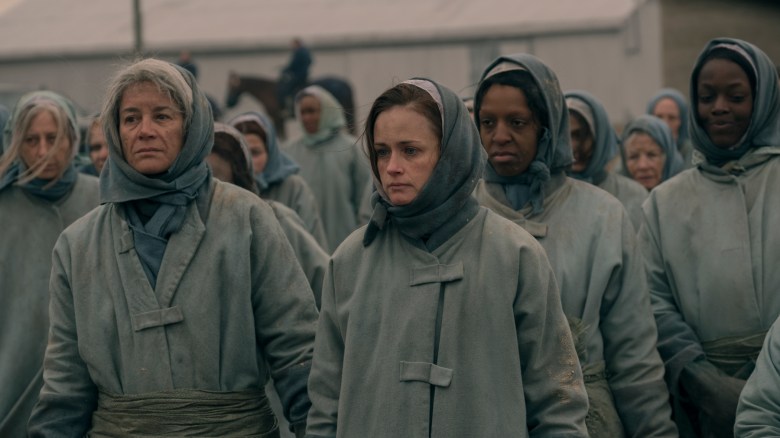 Miller said “absolutely” to the question of whether Season 3 would include visits not just to the barren wastelands of the Colonies, but the infamous brothel known as Jezebel’s.

“We will be revisiting the Colonies. It was really a such a stunning achievement in terms of art direction and cinematography and directing,” he said. “It was so beautiful and I would love to continue to dive deeper into how Gilead uses the discarded women.”

As he continued, “I would really like to return to Jezebel’s — the machinations of that place were so fascinating… all the sin in Gilead is going through there, the drugs and the black market stuff, and sex, and sex as trade and perversity, and all sorts of heretical sexual gains, and it’s a mess. And I like a mess.”

Another element he suggested would be a part of the show’s future was the infrastructure behind key elements of Gilead. “I’d love to see the factory where they make Handmaid costumes, but that’s just me because I figure it’s terrifying to see a whole wall of Handmaid costumes and realize each one represents a woman in June’s position,” he said.

7. Canada May Also Continue to Have a Presence 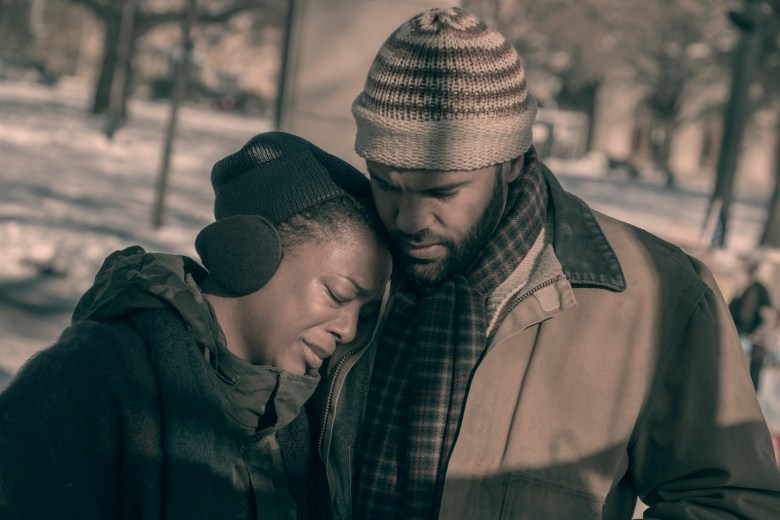 Samira Wiley and O-T Fagbenle in “The Handmaid’s Tale.”

Miller noted that “I love including Canada because it opens up our world. And it means that people who disappear from Gilead don’t just disappear and you have no idea what happens. Cuz I think a lot of what the story of a place like Gilead is the story of what it does to you, over the long term. The changes that it makes in you, or how it kind of lives, breathes, and eats away inside of you after you’re gone.”

For one thing, Miller made mention of the fact that Luke’s confrontation with Commander Waterford in Season 2 will have a profound impact on the character. “Luke has been trying to take care of himself and kind of be a person who’s the voice of people like him, who have suffered these great losses and are trying to somehow maintain hope, but I think he’s done with maintaining and has moved on to acting,” he said. “Now that he’s met Fred face-to-face, that is the focus of his fury, is Fred. All of a sudden the Gilead system has been reduced to Fred Waterford. And he’s gonna find a way to get Fred.”

In general. Miller said that he wanted to explore these stories more, promising that “certainly we will focus more on Canada,” mostly out of affection for the characters of Luke and Moira, who live there now. “Moira in the book was a character I remember that was one of my favorite characters in literature,” he said. “She was absolutely fascinating to me. And Luke — Luke had died in the book, but Luke in the show, O.T., has just brought him to life in a way that makes him feel like a real person, not like an on-screen hero. And it’s been a very brave performance. And I’d like to explore all of that more.”

Added Miller, “It’s always just time, time, time.” Which, when you’re trying to tell the story of an entire world largely through one woman’s point-of-view, is an easy dilemma to understand.

This Article is related to: Television and tagged Bruce Miller, Elisabeth Moss, The Handmaid's Tale