TCA: In keeping with the show's mythology, once the five seasons are complete, a door to another dimension will open. 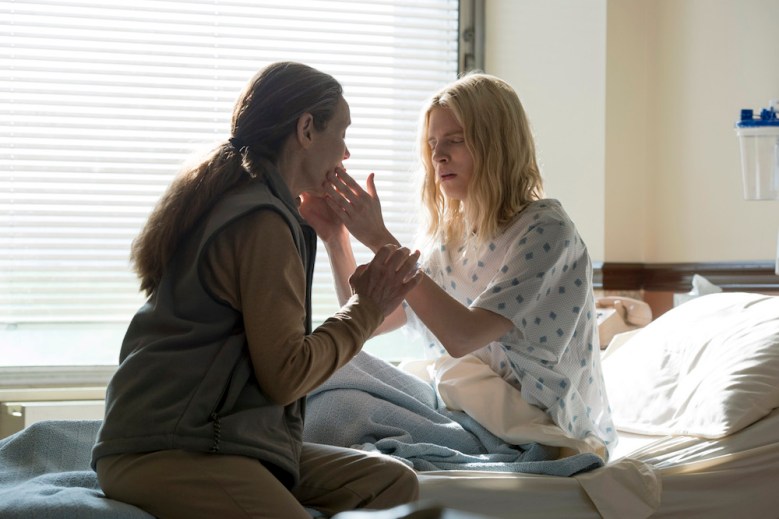 Brit Marling in “The Oa”

“The OA” is a mystery in many ways, including its Season 2 release date. Despite clamoring reporters pressing for details, Netflix Vice President of Original Series Cindy Holland refused to confirm when fans could see new episodes.

But she’s seen them and is only encouraged by the results.

“‘The OA’ is fantastic,” Holland said. “I think from the very beginning, when Brit [Marling] and Zal [Batmanglij] pitched us a five-season arc, we were really excited and sat at the edge of our seats when they started talking about Season 2. I’ve seen some early cuts and the fans will be very happy.”

It’s a brief statement with a lot to unpack: First, that Netflix is impressed by the early footage from Season 2 bodes well for the show’s future. Despite mixed reviews, the streaming giant renewed the sci-fi drama series for a second season and has been supportive of Brit Marling and Zal Batmanglij throughout. (Take the “fantastic” comment as you will — there is a bit of bias here, after all.)

But Holland’s comments also confirm a plan Marling and Batmanglij have alluded to before: that “The OA” is one long story being released in chunks, rather than a developing narrative that shifts to a new direction after each season. They planned on five seasons from the beginning, so if Season 1 was one-fifth of the final product, the many, many questions viewers had could be answered in the upcoming episodes. The two filmmakers always planned on having more seasons to finish their story.

“We designed it that way,” Batmanglij told Variety after Season 1 debuted. “I would like to see this story continue. […] Brit and I figured out the whole thing. The whole thing’s a riddle. There are a lot of clues. Very few people have really picked up on all the clues.”

One surprise fans won’t have to worry about is a surprise release.

“We haven’t discussed specific launch plans, but I doubt we’ll keep it a secret because that’s already been blown, basically. It exists,” Holland said.

For those who’ve forgotten, Season 1 came out of nowhere, as Netflix announced the release date just one week before it dropped. That doesn’t look to be the case for the follow-up, which has already wrapped production. Earlier in July, Marling took to Instagram to confirm she was editing Season 2. Production began in January and ended in April.

In case you forgot anything else, here’s the original synopsis for “The OA”:

Prairie Johnson (Brit Marling), a missing blind girl, returns to the community she grew up in with her sight restored. Some hail her a miracle, others a dangerous mystery, but Prairie won’t talk about her seven missing years with anyone except four teenage boys whom she tells her story to in order to recruit them for a mission.

This Article is related to: Television and tagged Brit Marling, Netflix, TCA, The OA