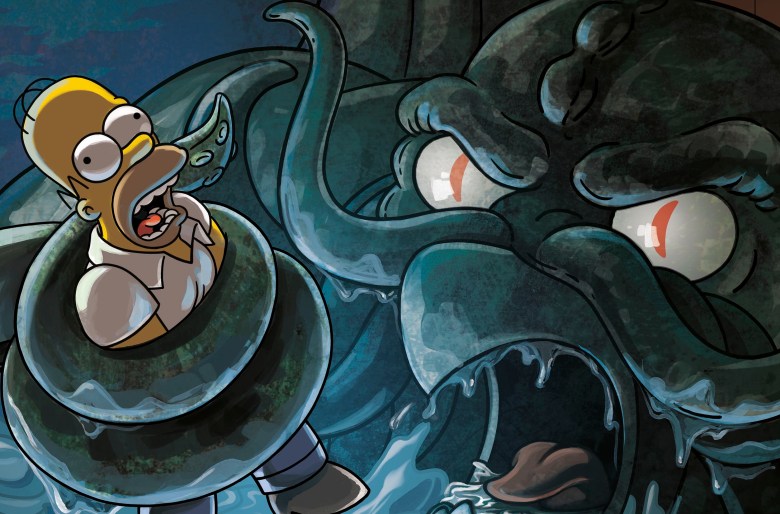 For the 29th edition of its annual Halloween-themed “Treehouse of Horror” franchise, “The Simpsons” are taking a trip… to “Jurassic Park.”

Only these dinosaurs are more of the Grandpa Simpson variety. “Geriatric Park” is among the highlights of this year’s “Treehouse of Horror,” as evidenced by a new poster that Fox and “The Simpsons” will pass out at next week’s San Diego Comic-Con. (OK, technically it’s “Jurassic World,” since they’re seen in one of the newer movie’s glass-encased gyrospheres.) Fox has given IndieWire a first look at the one-sheet — and fans of the show’s annual horror parody won’t be disappointed. Scroll down for a view of this year’s Comic-Con poster, devoted to “Treehouse of Horror XXIX.”

Executive producer Al Jean had earlier hinted on Twitter that the next “Treehouse” edition will satirize “Jurassic Park,” “Invasion of the Body Snatchers” and “The Three Faces of Eve,” and that appears to be borne out on the poster. Here’s the logline for “Treehouse of Horror XXIX”:

Homer wins an oyster-eating contest against the mythical Cthulhu. Springfield is overrun by plant body-snatchers, Lisa finally snaps, and Mr. Burns opens a retirement home with some Jurassic upgrades.

Indeed, Jean tells IndieWire that fans of the “Cthulhu for President” movement — the tongue-in-cheek campaign that promotes the idea that the H.P. Lovecraft character is the “lesser of evils” to run the country — will be pleased with the episode.

“Treehouse of Horror XXIX” was written by Joel H. Cohen and directed by Matthew Faughnan, and is part of the show’s landmark 30th season. There’s no confirmed airdate yet.

As for annual “The Simpsons” Comic-Con panel, the event will be held in the San Diego Convention Center’s Ballroom 20 on Saturday, July 21 at noon. creator Matt Groening, Jean, supervising director Mike Anderson, director David Silverman, and actress Tress MacNeille will participate. Here’s a look at this year’s Comic-Con poster, devoted to “Treehouse of Horror XXIX”: 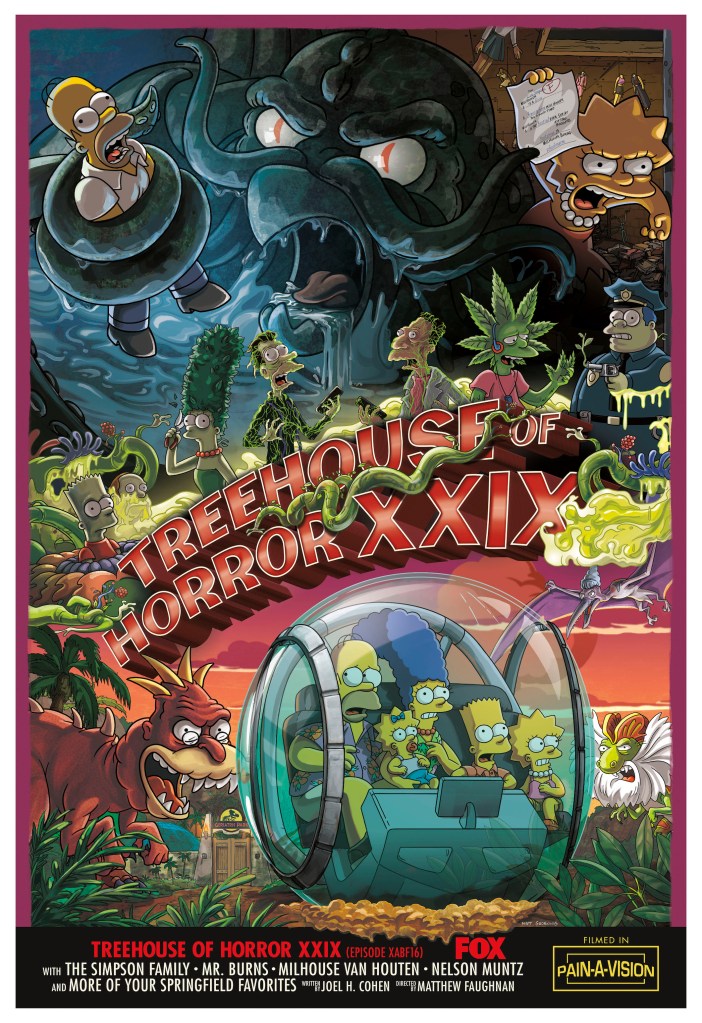 “Treehouse of Horror XXIX” poster for “The Simpsons”

This Article is related to: Television and tagged Comic-Con, The Simpsons, Treehouse of Horror