"Bob's Burgers" will show up in a couch gag as the landmark animated series returns for its 30th season on September 30. Also: Here's a first look at this year's "Treehouse of Horror" episode. 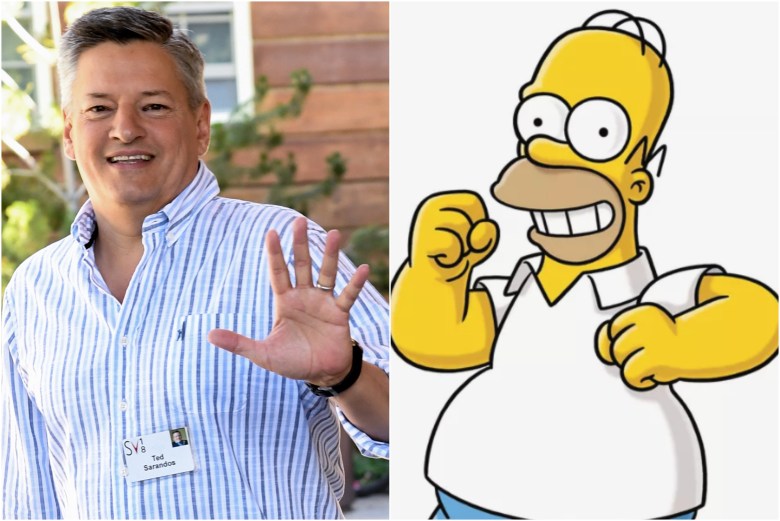 Springfield and Chill? Netflix chief content officer Ted Sarandos will make an appearance, as himself, during the show’s upcoming Season 30.

Sarandos will show up in February as part of the episode “I’m Dancing as Fat as I Can.” He was one of several guest stars announced on Saturday at “The Simpsons” San Diego Comic-Con panel.

“The Simpsons” returns on September 30 with the episode “Bart’s Not Dead,” featuring guests Emily Deschanel, Gal Gadot, Dave Attell, Pete Holmes, and Jonathan Groff. (Deschanel and Gadot will play themselves on the episode.)

Tracy Morgan will appear in two different episodes: “May Way or the Highway to Heaven” (as himself) and “Baby You Can’t Drive My Car” (as Tow Truck Driver). Scott Thompson plays “Grady” and RuPaul is “Queen Chante” in the episode “Werking Mom,” while Billy Eichner plays “Billy” in the episode “Krusty the Clown.”

Other guests include Jane Lynch as “Jeanie” in “‘Tis the 30th Season,” while Lawrence O’Donnell plays himself in “Mad About the Toy.” Patti LuPone is in the episode “The Girl on the Bus” as “Sam’s mother,” while Marc Maron plays himself in “The Clown Stays in the Picture.” Wallace Shawn shows up as “Wallace” on “I Want You (She’s So Heavy).” Other guests will be announced at a future date.

Also, a long-hinted “Bob’s Burgers” couch gag will appear during the opening of the Sept. 30 episode.

Asked to name their favorite guests over the years, executive producer Al Jean named Anne Hathaway: “She did all her own singing, and could not have been nicer. She’s a real-life Disney princess,” he said.

The panelists took a moment to pay tribute to the late Stephen Hawking, another guest. “He could not have been a better sport,” Jean said. “He came to the read, and would tell jokes. He had a fantastic sense of humor.”

“The Simpsons” panel ended with a sneak preview at one of the segments from this year’s “Treehouse of Horror XXIX,” “Intrusion of the Pod-Y Switchers”:

This Article is related to: Television and tagged Comic-Con, Ted Sarandos, The Simpsons