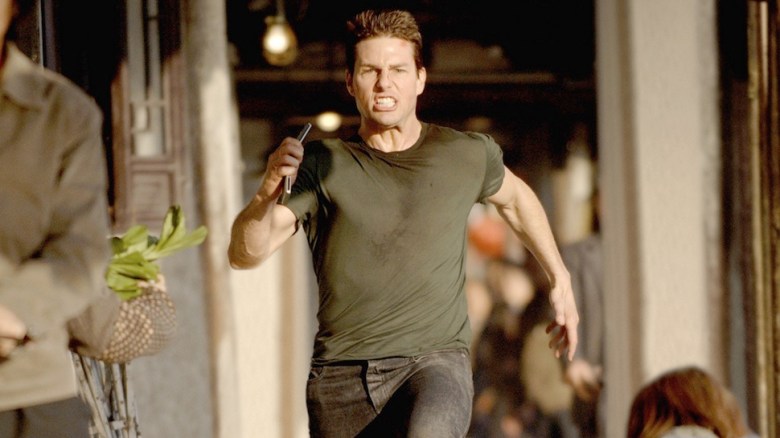 Tom Cruise is in on the joke. The actor’s Twitter bio notes that he’s been “running in movies since 1981,” and indeed it’s what he’s best known for doing onscreen. To mark the release of “Mission: Impossible – Fallout,” the folks at Rotten Tomatoes have put together a study suggesting that, the more Cruise runs in his movies, the better they are.

They did so using what sounds like painstaking methodology, counting “every instance of Cruise’s running on screen, in seconds, and then calculated the distances ran by assuming he is clocking a six-minute mile (14.6 feet per second).”

The average Tomatometer of movies in which Cruise doesn’t run at all — and there are only four, namely “Magnolia,” “Lions for Lambs,” “Tropic Thunder,” and “Valkyrie” — is a respectable 63.5%. Those in which he runs anywhere from one to 500 feet (of which there are 20, including everything from “Risky Business” to “Interview With the Vampire”) are a little bit lower, at 61.05%; clocking in ever-so-slightly higher are the eight films in which he covers between 501 and 1,000 feet, which average out to 61.625%.

Then comes the good stuff. The nine films that find their star going “Full Tom” (1,001+ feet) jump up to 71%, which is to say that three “M:I” movies, “Minority Report,” and “The Firm” rank among Cruise’s best-reviewed efforts.

Remarkably, the study also found that the 56-year-old Oscar nominee has been running more as he’s gotten older. Here are the full results of RT’s findings, and here are the 10 movies in which Cruise runs the most