Exclusive: The actor, who previously cut George Lucas' "Star Wars" trilogy down to 85 minutes, said his version of the Peter Jackson movies was "a lot tighter." In Spike Lee’s “BlacKkKlansman,” John David Washington plays the real-life African-American Colorado detective who infiltrated the Ku Klux Klan by impersonating a white man on the telephone, but Topher Grace is on the receiving end. As Ku Klux Klan Grand Wizard David Duke, the former “That ‘70s Show” star was saddled with portraying the most prominent white supremacist in history, and had to contend with the psychological duress of embodying the character for several weeks.

“I was so depressed,” Grace said in a recent interview with IndieWire, recalling that his wife gave birth to their daughter during the production. “I was probably a terrible husband at the time. It was so disturbing to go home and turn on the news to see how his ideology was affecting us at the moment.”

Some people might have sought catharsis in a long vacation. Grace found a more unconventional outlet: Reediting Peter Jackson’s “The Hobbit” trilogy into a single movie.

The attempt to reduce Jackson’s sprawling, multi-picture adaptation of J.R.R. Tolkien’s original fantasy novel to feature length might look more at home on a random YouTube channel than in the hands of a recognizable actor with a hit TV series and multiple blockbusters under his belt. But Grace has a history in this space.

In 2012, he learned how to use editing software by recutting George Lucas’ much-maligned “Star Wars” prequels into an 85-minute feature, and managed to screen it once to a handful of industry insiders before legal restrictions prevented him from hosting further screenings. For Grace, however, the exercise opened him up to a new creative challenge. “It’s not that I ever want to edit professionally,” he said. “It’s like doing woodwork in my garage.”

With “BlacKkKlansman” behind him, he turned to “The Hobbit.” Released between 2012 and 2014, Jackson’s trilogy followed up on his well-received “The Lord of the Rings” adaptations, the last of which swept the 2003 Academy Awards, but the new movies — which expanded Tolkien’s concise 1937 tome to a whopping 434-minute odyssey — received a mixed critical reception, despite garnering nearly $3 billion in global box office. “I think that maybe ‘The Hobbit’ should’ve been one movie, and many people would agree,” Grace said. “Money drives a lot of those franchises. It’s better when the art leads.” 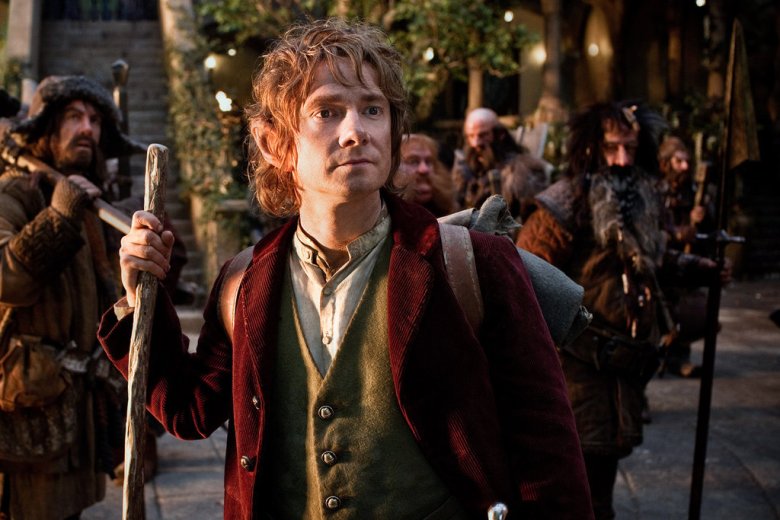 “The Hobbit: An Unexpected Journey”

While hardly the first fan edit of “The Hobbit,” Grace’s version may be one of the most palatable. One widely circulated fan edit in 2015, “The Tolkien Edit,” ran four hours long. Grace said he managed to reduce the entire trilogy to two hours, and felt that it was “a lot tighter.” (A Reddit forum actually predicted that Grace would tackle this project years ago.) “I don’t know what other guys do. Go fishing? For me, this is just a great way to relax,” the actor said. “There’s something really zen about it.”

Grace previously discussed his disdain with unseemly commercial movies the day “BlacKkKlansman” premiered at Cannes, where he said that he gave up studio movies after realizing he made enough money from “That ‘70s Show.” While Grace’s credits include playing the villain Venom in “Spider-Man 3,” he has lost interest in sequels. “All these franchises started from a real, genuine, artistic place,” he said. “Then they made a lot of money. They say success has many fathers.”

Turning back to “BlacKkKlansman,” he stressed that despite the unsettling experience of playing Duke, he was keen on getting involved with such a timely project. (The movie opens on the anniversary of the Charlottesville riots, when white supremacists gathered in Emancipation Park, and it ends with footage from the event.) “It’s a silly job, acting,” Grace said. “No one, in my opinion, should listen to what actors have to say politically most of the time. But I thought, people should listen to Spike, because he can speak on a national level with his art. It was so cathartic to work for him and help him say something I agreed with.”

Grace said he had no interest in interacting with the real David Duke. The actor spent a month researching the part, listening to tapes of Duke’s lectures and reading his autobiography. “He puts this different face on racism that made it more palatable,” Grace said. “Some people are asking if I was too likable. But I think the likable part of it is what makes him so evil.” Grace was unperturbed by any professional repercussions that might come from playing such a disreputable character. “I wanted to be a part of the national conversation,” he said. “Was it a wise career move? I just don’t give a fuck.”

This Article is related to: Film and tagged BlacKkKlansman, Interviews, The Hobbit, Topher Grace