Fillion finally gets his chance to play the Indiana Jones of the video game world, thanks to an independently produced short film. 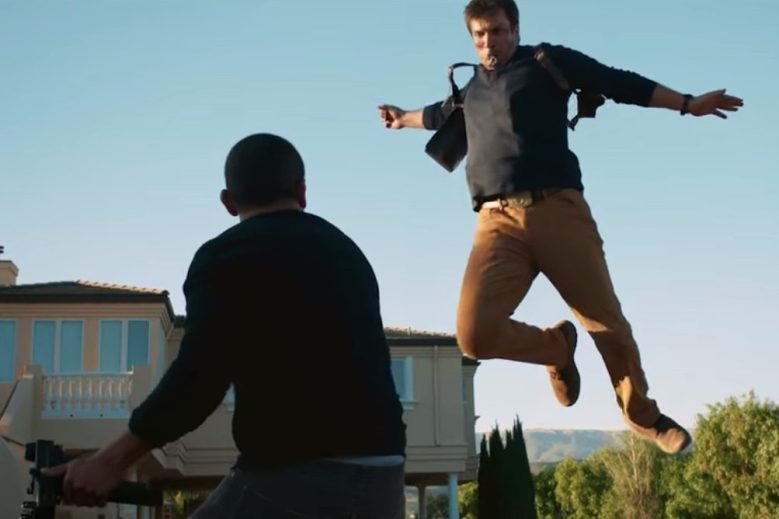 One of the things about modern Hollywood is that sometimes, if you want something to happen, you have just do it yourself — a lesson “Castle” and “Firefly” star Nathan Fillion has learned more than once.

In the video game world, one of the industry’s most popular franchises is the “Uncharted” series, a swashbuckling adventure series reminiscent of a modern-day “Indiana Jones.” It’s a premise that seems ripe for adaptation — it’s certainly more accessible than the high concept weirdness of “Assassin’s Creed.” But efforts to adapt the series to film have floundered, despite many high profile directors being involved, including Seth Gordon, Neil Burger, and David O. Russell.

While the games use the talents of motion capture and voice artist Nolan North to bring its protagonist to life, Fillion has been a fan favorite to play the main role of Nathan Drake in an on-screen adaptation (a concept which Fillion himself has encouraged on Twitter).

Fillion and director Allan Ungar eventually met through mutual friends, and discovered a shared passion for the franchise. That led to Ungar, whose previous films include the Canadian action films “Tapped Out” and “Gridlocked,” making his pitch.

Over a vegan Thai dinner one night, “Allan wooed me with his love of ‘Uncharted’ and his amazing vision,” Fillion said. “It’s something that I’ve wanted to see forever.”

The end result is the below short film, which premiered Monday on YouTube. Written by Ungar and Jesse Wheeler, the film tracks Fillion as Drake, who’s after some ancient artifacts that might lead to some real treasure. Of course, first he has to escape a pack of vicious goons (with action sequences that closely mimic the original games).

According to Ungar, “Uncharted” was shot over the course of five days across various locations in southern California, in between Fillion shooting the ABC cop drama pilot “The Rookie,” and “The Rookie” going to series. “It was a very tight window because we knew that we working backwards from Comic-Con — we knew that we wanted to hit it this week,” he said.

When asked why this week in particular mattered, “I mean, [San Diego Comic-Con] is the Christmas of the genre isn’t it?” Fillion said. “That’s the major holiday for nerds. This is the time it should happen so that we can all get together and celebrate it.” While there are no plans to screen it, Fillion and Ungar are going to the fest, with plans to do some appearances and, as Fillion said, “continue to spread the word and hope people keep seeing it.”

Budget-wise, Ungar said that “it was not a hundred million dollars,” joking that the financing came from “my Bar Mitzvah money,” and that much of the cast and crew donated time to work on the project. “It was modest enough to get what we wanted accomplished,” he added.

As the disclaimer at the beginning of the film makes clear, there is no official relationship between Sony/Naughty Dog and the fan film — at the time IndieWire spoke with them, they weren’t sure that anyone officially involved with the games had seen it yet.

What was key about making this feel like an “Uncharted” film? Fillion said that it came down to “nailing the tone,” plus “a witty and relatable hero, self-aware — the kind of hero that is flawed and we can relate to more. Not this perfect archetype.”

In addition, it was important to “capture a lot of the action elements that the fans love,” Fillion said. “We knew going into this there was no way we could compete with Trinity’s massive action sequences or set piece, so we really just wanted to try and focus on the character’s story, which is I think where every story, game, every movie really begins.” 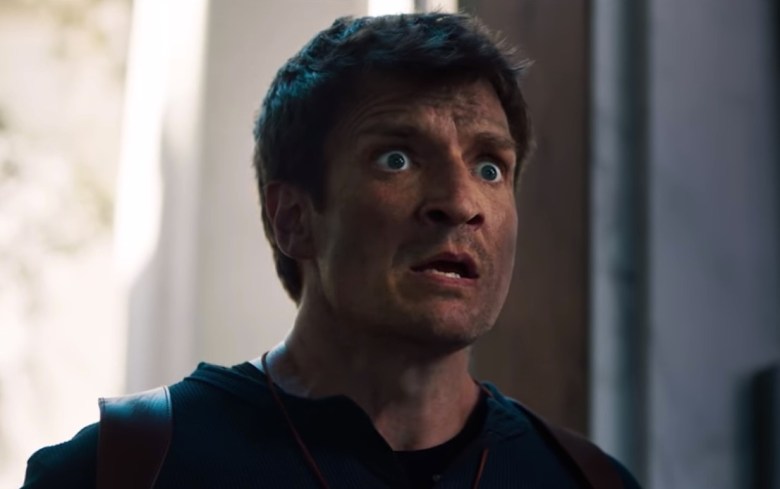 Both Ungar and Fillion enjoyed the experience of collaborating on this, Fillion praising Ungar as a director who has “a consolidated clear vision and has his heart in the right place… I love watching you work with people, I love the way you work with me. I would jump at the chance to work with Alan again.”

Meanwhile, Ungar said that “Nathan had no financial motivation or incentive or anything like that, Nathan did this purely for passion and he trained for it he wanted to do all of his own stunts and he put a hundred percent of himself in this an the collaboration and I had the time of my life.”

“This is what we set up to make, what we set out to do when we sat down for vegan Thai food,” Fillion said. “It’s a fifteen-minute short film, it’s our tribute to the character… For right now, we’re very happy with this just this being what it is.”

Asked why an official “Uncharted” adaptation has yet to come to pass, Ungar said that “I don’t think it’s one single thing. I think you have to factor the idea that you need to find an actor that can commit — this is not like a three-month adventure, you’ve gotta take someone who can spend eight months, possibly more, all over the world filming. So naturally you run into the domino effect of actors dropping out, directors dropping out. This is a very big commitment and profitable franchise to Sony that’s something to consider.”

Continued Ungar, “Also I think they took their time nailing the tone and getting it to a place — I mean when they hired David O. Russell, he submitted like a 200-page draft… And there have been ten or eleven writers at this point. So I think it’s just part of the business, just part of the game.”

The release of this project coincides nicely with the 10-year anniversary of Joss Whedon’s “Dr. Horrible’s Sing-A-Long Blog,” the groundbreaking Internet release in which Fillion played a dim singing superhero. And Fillion is blown away by how things have changed over that period of time. “When I was doing ‘Dr. Horrible,’ before we released it I talked to an agent — not my agent — about what we were doing and how much I was interested in to see how it would come out, like it was never gonna move the needle at all because it was on the Internet. I couldn’t believe they lacked that kind of vision,” he said.

“Allan and I wanted to press a button and see ‘Uncharted’ — we wanted to see something,” Fillion added.

This Article is related to: Film and tagged Allan Ungar, Nathan Fillion, Uncharted