Lifetime and A+E Studios pitched the show to Hulu after disappointing numbers for Season 3. 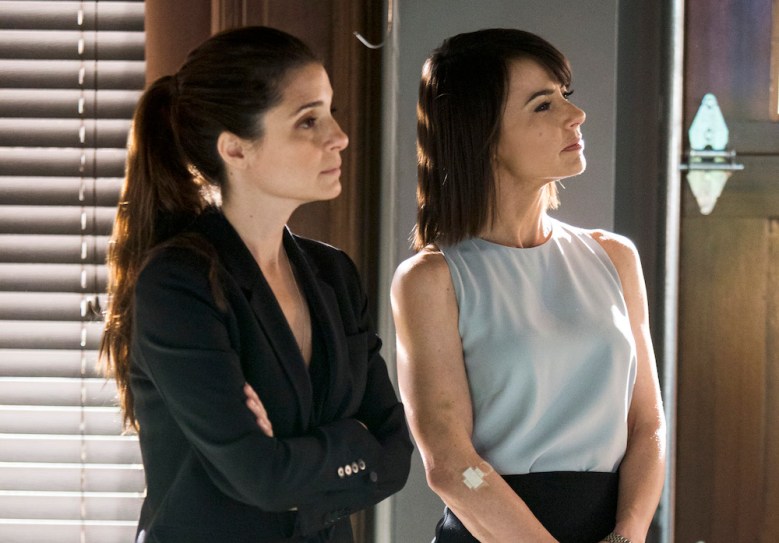 Hulu has finally confirmed that Lifetime drama “UnReal” is moving to the streaming service for its fourth season. And here’s a twist: It’s debuting on Hulu today. And here’s another twist: This is, indeed, the series’ final season.

It’s a surprise move befitting “Everlasting,” the dating competition show-within-a-show that is the centerpiece of “UnReal.” Word of a deal between Hulu and series producer A+E Studios first leaked in May, but was never formally announced until today’s final reveal.

As part of the deal, “UnReal” will now be branded as a Hulu Original Series. Hulu already carries the off-net runs of the first three seasons of “UnReal,” which means the entire library — including all eight episodes of Season 4 — will be available on the service as of today.

“‘UnReal’ has captivated audiences on Hulu since season one, so when this opportunity came to us, we knew we couldn’t miss out,” said Craig Erwich, Senior Vice President of Content, Hulu. “This is a unique way to both satisfy fans of the show, while also continuing to introduce it to new audiences.”

As always, Hulu won’t reveal any firm data to show how many subscribers have watched “UnReal,” but it did reveal that viewers average a binge of between three to four episodes at a time, and generally complete a full-season watch “in a matter of days.” “UnReal” is the latest linear series to make the leap to become a Hulu original, following “The Mindy Project.”

A look behind the scenes of what goes on at “The Bachelor”-like dating shows, “UnReal” was co-created by Sarah Gertrude Shapiro and Marti Noxon, and launched in 2015 as a critical hit for Lifetime. But its momentum slowed as the show took a long hiatus — and underwent a showrunner change — after Season 2, amid reports of behind-the-scenes drama and a bit of a critical backlash.

Still, the show was renewed for a Season 4 — which was filmed even before its Season 3 return earlier this year. After that lengthy break, “UnReal’s” Season 3 returned to series-low numbers — leading Lifetime and A+E to ultimately find a new home for the final season.

According to Hulu, Season 4 will follow Rachel (Shiri Appleby) and Quinn (Constance Zimmer) returning to “Everlasting” as the show brings back former contestants and tweaks its format as it embarks on an “all-stars” edition. Zimmer directed an episode this season, while Appleby directed two — including the series finale.

“We love season four of ‘UnReal’ and its visionary creativity in bringing back many favorite characters for an all-star competition. When the opportunity to partner with Hulu arose, we immediately saw the huge benefit to ‘UnReal’s’ loyal fans, as well as a unique way of recruiting first-time viewers to this ground-breaking series,” said A+E Studios’ Barry Jossen. “’UnReal’ has been an incredible ride filled with awards, critical recognition, committed fans and, best of all, insightful cultural dialogue throughout its run. We expect season four to deliver another great round of cultural influence with its timely themes.”

Although original reports hinted that Lifetime might wind up with a second window of “UnReal” Season 4 after its Hulu premiere, there was no mention of that in Hulu’s press release, and that’s no longer expected to happen.

This Article is related to: Television and tagged Hulu, Lifetime, Unreal