Sacha Baron Cohen's debut is like a Rorschach test that only reinforces what viewers already believe, but there are hard-hitting truths. 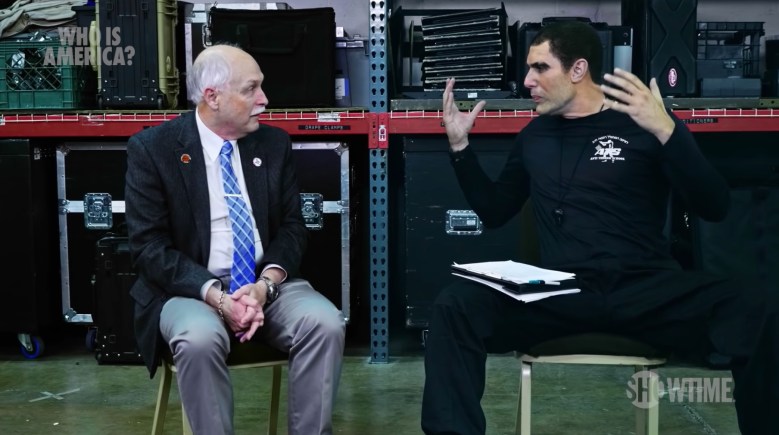 On the eve of the 2018 MLB All-Star game, a new Showtime series is making the case that batting .250 should be good enough to earn a slot among TV’s elite. No, the premium cable network isn’t pushing for an Emmy recount on behalf of “Our Cartoon President,” which landed one out of four jokes, at best. Its new series from Sacha Baron Cohen, “Who Is America?”, is pushing the boundaries of objective criticism.

By typical metrics, the first episode of the secretive half-hour satire isn’t all that good. Three of the four segments are insubstantial, innocuous, and unfunny. Cohen trots out multiple new characters to interview their opposites: a right-wing conspiracy theorist interviews Bernie Sanders; a left-wing documentary filmmaker has dinner with two Trump supporters; an ex-con who makes poop paintings presents his work to an uppity art gallery owner. The results are as obvious as the set-ups, even if the makeup is impressive.

But the final act hits its target. Released on Sunday before the episode’s linear premiere, Cohen’s kicker — and case for not only his viewers’ continued investment, but for a country’s begrudging respect — captures his ex-Mossad agent Israeli, Col. Erran Morad, as he convinces sitting United States’ Congressmen to support a program to arm four-year-old children with guns. The thing is, it doesn’t appear to take much convincing, and even if it did, the subjects should’ve known better than to say what they said and do what they did. These are, after all, grown men.

Usually one doesn’t recommend a television show when three-fourths of the episode is mediocre at best, but “Who Is America?” isn’t your usual television show; even though the second episode exacerbates some of the debut’s initial problems — Cohen punching down with his humor instead of punching up —  segments like the “Kinder-Guardians” one need to be seen, and there’s at least one more like it coming down the pipe. (Details on Episode 2, which was screened for critics last week, are under embargo until its debut.) 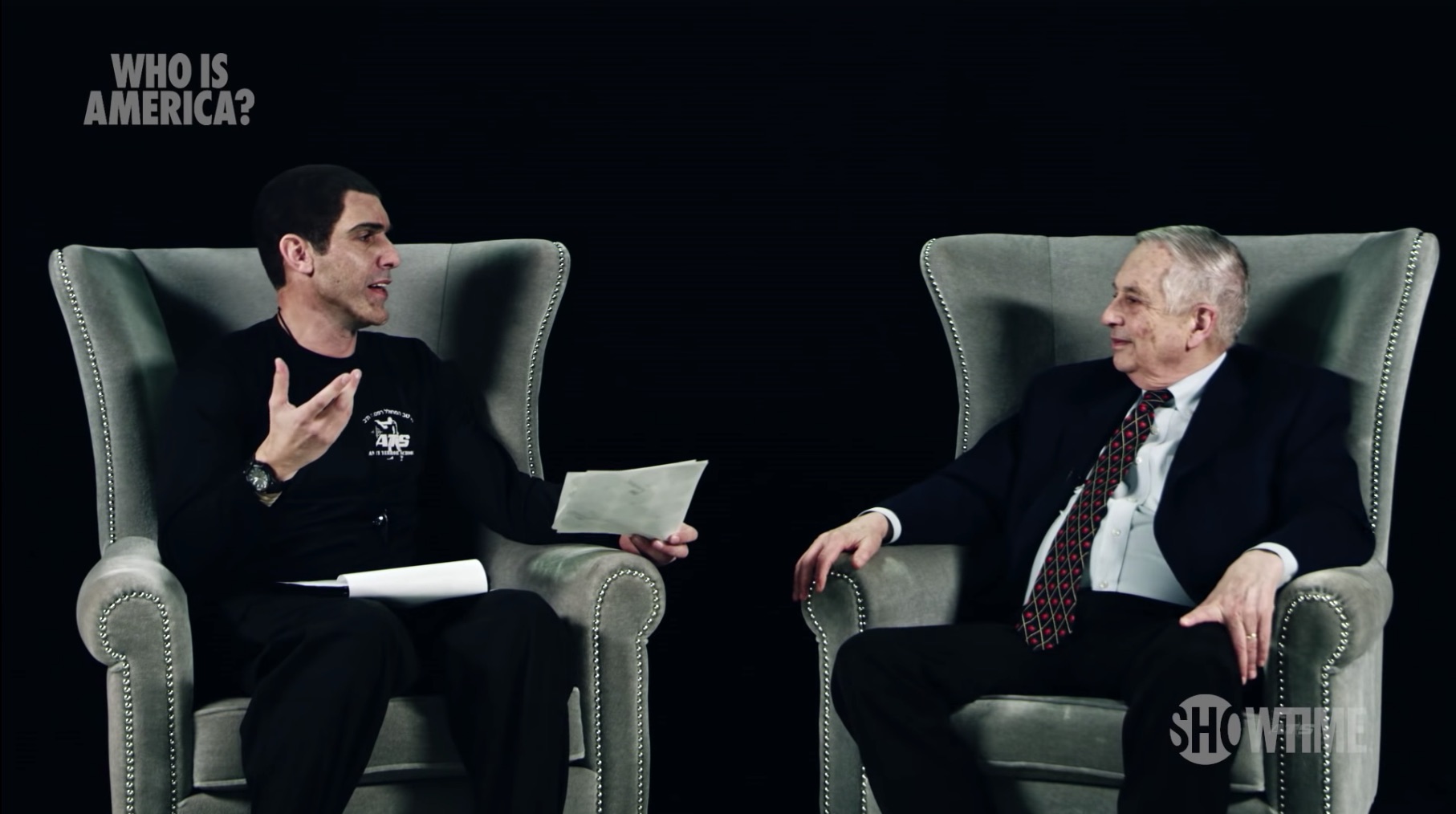 The sheer outlandishness of the calls-to-action seem to deem viewing “necessary,” but there’s reason to argue the opposite. In a world where a presidential candidate can admit to sexually assaulting women and still win the presidency, where congressional leaders can abuse their power to their own benefit and then decry the same action when used against them, where treason can be captured live, on television, and be ignored (at least, for now) — do videos like the ones in “Who Is America?” really matter?

Yes, on a relatively small scale, they do. Sure, the far ends of the divided nation Cohen examines will remain entrenched; anyone who needs to defend Rep. Dana Rohrabacher, Senator Trent Lott, Rep. Joe Wilson, or former Congressman Joe Walsh will say they were tricked, duped, or otherwise conned into saying what they don’t really believe, while those outraged by what the elected officials supported on video will post the footage all over the internet. Upcoming subjects like Sarah Palin and Roy Moore have already tried to cushion the blows by turning the lens back on Cohen, before their segments air.

Their supporters will probably listen to them. They probably won’t watch the clips or believe what’s in them. The entire series could be ignored because of its construction and con man. Anyone front-and-center in the fight for truth needs to be consistent and reliable; Cohen does not appear, by any stretch, to be the ideal man for the job. Too often is he content with getting an easy laugh, mocking his subjects, or reminding viewers what they already know — just wait for the Dick Cheney interview, which is as full of dead air as the water-boarding kit Cohen asks the Vice President to sign.

But truth cannot be forsaken. Whether you believe Cohen’s work to be cynical or searing, it’s produced damning video evidence worth voters’ consideration. Whether these elected officials were duped or not, they still said what they said, and they should know better. It’s not too high of a standard to expect someone voting on the laws of this nation to question what he’s asked to read, especially when he’s on video. Today, it was Cohen’s fictional prank, but what program are these representatives blindly supporting tomorrow?

Even if he only exposes meaningful truths once out of every four segments, and even if only one out of every four undecided voters — who actually watch the show — are affected by it, “Who Is America?” has succeeded at… something. The series may not have a wide impact. It may not change anyone’s mind. But it could, just barely, inch a few votes toward voting based on facts, not fallacies, with the one segment that hits home. It’s not a lot of bang for your buck, but that one big bang is a sight to see.

On Monday night, Kyle Schwarber is going to step to the plate in the Home Run Derby. The Chicago Cubs’ left fielder doesn’t actually hit that many home runs: He’s tied for 32nd in the league this year, and with only eight batters in the derby, he seems like an odd choice since Schwarber’s not even an All-Star. He’s just there for the long-ball competition before the game.

But when Schwarber really connects with a baseball, you’ll remember it. That’s how he earned his spot in the festivities, making him basically All-Star adjacent. Maybe that’s where “Who Is America?” belongs, too. After all, they’re both hitting right at .250.

This Article is related to: Television and tagged Podcasts, Sacha Baron Cohen, Who Is America?