From first-time filmmakers to bonafide superstars, personal stories to crazy experiences, this season has something for everyone, and all from women. 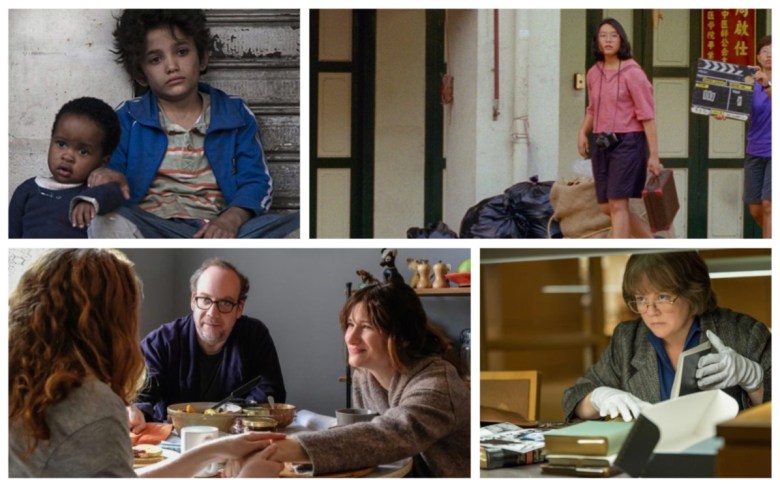 This week, IndieWire is rolling out our annual fall preview, including the very best indie movies coming out this year, all the awards contenders you need to know about, and even some blockbuster fare that will please the most discerning viewers. Check back every day for a new look at the best the season has to offer. Be sure to check out our list of indie gems and festival favorites to see this season, plus our look at blockbusters worth your movie-going buck and the films destined to impact the awards conversation. 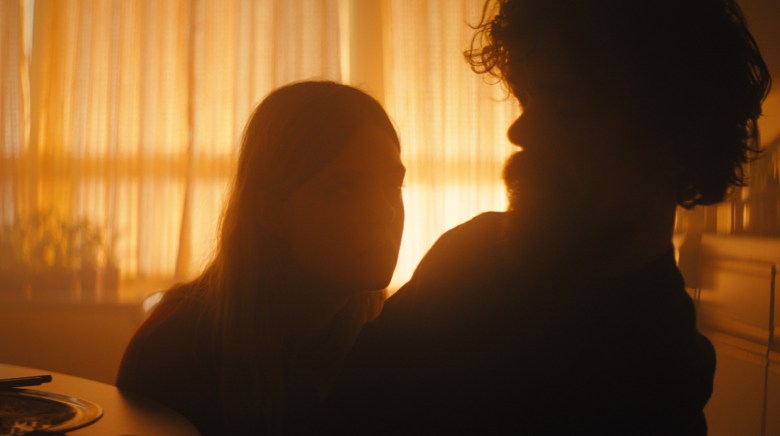 “Game of Thrones” fan (and critic) favorite Peter Dinklage shares the small screen with one of TV’s biggest casts. Besides an international company of actors, his scene partners include dragons, giants, and manticores. So for her sophomore feature — and the first from screenwriter Mike Makowsky — director/cinematographer Reed Morano (“Meadowland”) gifted Dinklage with an entire film to fill solo…almost. His librarian alter-ego in “I Think We’re Alone Now” spent his pre-apocalypse days shhhing noisy bibliophiles. To end his solitary basking, a teen stranger with a neck scar (Elle Fanning) shows up with romantic subtext and a trunk full of firecrackers. Last year, with her work on “The Handmaid’s Tale,” Morano became the first woman to accept both Emmy and DGA Awards for helming a dramatic series. Momentum Pictures — the distributor that once brought cherished indies like “O Brother, Where Art Thou?,” “Amélie,” and “Eternal Sunshine of the Spotless Mind” to the U.K. — acquired this latest project after its Sundance U.S. Dramatic Competition premiere. —JM

“The Land of Steady Habits” (September 14) 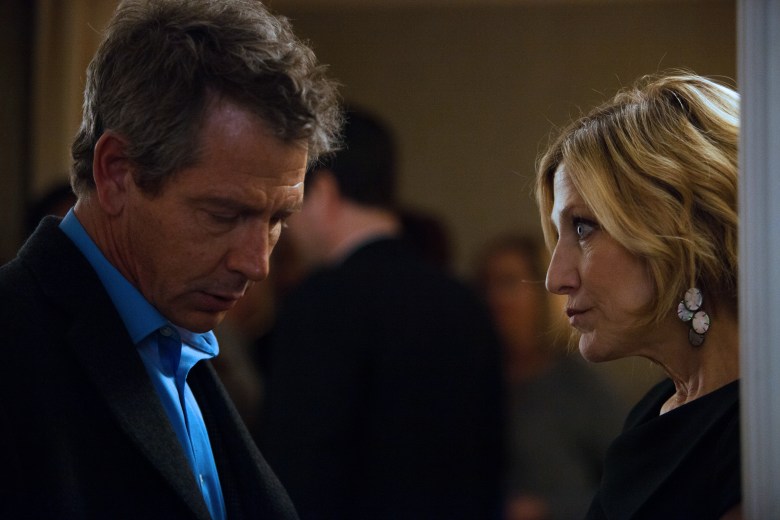 “The Land of Steady Habits”

Nicole Holofcener is hitting the fall season hard, with not one, but two films traveling the festival circuit before arriving in theaters in the autumnal weeks. First up, there’s her directorial effort, “The Land of Steady Habits,” which will world premiere at TIFF alongside Marielle Heller’s “Can You Ever Forgive Me?,” which Holofcener adapted from Lee Israel’s autobiography of the same name. It’s Holo-ssance, we’re just living in it. “Steady Habits” will be released soon after its TIFF debut, thanks to a Netflix deal that will push the drama into millions of subscribers’ home, surely locking up some new fans for the filmmaker behind “Enough Said” and “Walking and Talking.” The film follows Anders Hill (Ben Mendelsohn), a newly retired fiftysomething suddenly sick of living in the eponymous lifestyle. He chucks his Connecticut life, including his kid and wife (Edie Falco), and goes looking for something more. But did he already leave the good stuff behind? —KE 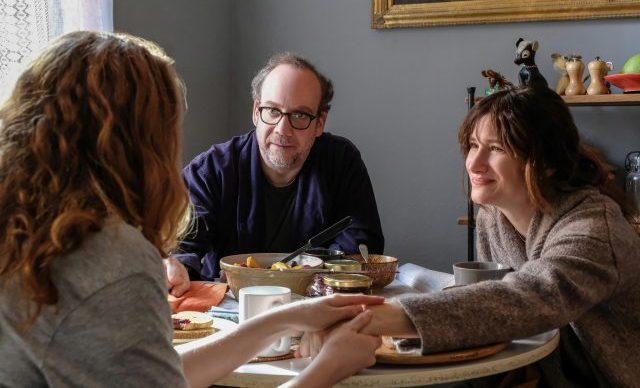 Tamara Jenkins’ first film since her 2008 Oscar nod for “The Savages” debuted at Sundance earlier this year, and like “Steady Habits,” is also bound for a Netflix release. Featuring Kathryn Hahn and Paul Giamatti as a couple struggling to conceive, Jenkins based it loosely on her own experience, and the result is a disarming and tender exploration of a fraught story. As David Ehrlich wrote in his review from Sundance, the film is “a hilarious, profanely bougie, and crushingly honest story about a desperate couple trying something — anything — to have a baby before it’s too late, Tamara Jenkins’ first film since ‘The Savages’ has been gestating for nine years, and it’s more than worth the wait.” —KE 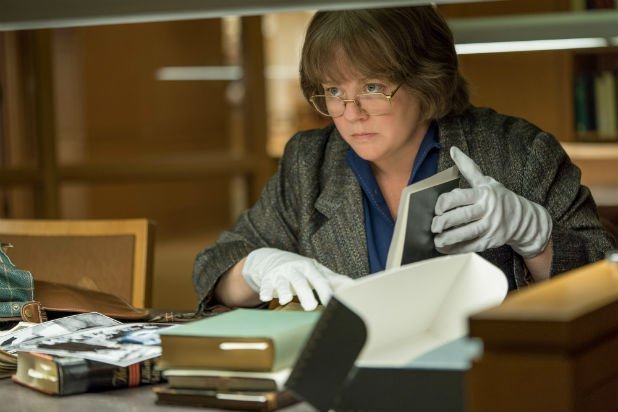 “The Diary of a Teenage Girl” helmer Marielle Heller snagged a slew of potential projects after her 2015 breakout starring Bel Powley, but she’s finally back in theaters this fall thanks to a long-gestating film that speaks to her fascinating with wild true stories and asks one big question: “Can You Ever Forgive Me?” And what a movie to remind people how talented Heller is, thanks to a notoriously nutty story and the canny casting of Melissa McCarthy in a role that demands drama. Based Fox Searchlight Pictures release is based on Lee Israel’s autobiography of the same name — and with a Nicole Holofcener script to boot — the film unspools the crazy story of Israel (McCarthy), once a lauded celeb biographer who turned to fraud and plagiarism when her coffers dried up. And it wasn’t just stories or books she faked, but letters from famous people, which she then sold to unsuspecting buyers (and when she couldn’t fake a good letter, she’d steal and sell a real one). It’s a story screaming for a movie from someone like Heller, who knows how to blend honesty with empathy at every turn. —KE 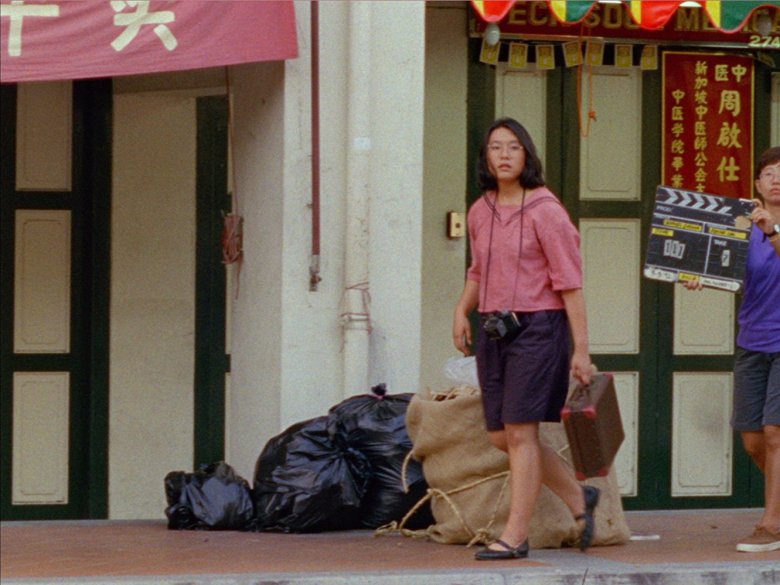 Sandi Tan’s documentary debuted earlier this year in Sundance’s World Cinema competition section, where it picked up an win for Tan as Best Director in the section. A month later, Netflix snapped it up for a streaming deal that should put it in front of the eyeballs of its target audience: obsessive movie-watchers who love a good yarn. The inventive doc stretches back to 1992, when Tan, a budding teen filmmaker, and her friends shot a wild indie movie in Singapore with the help of their American mentor, who later disappeared…with all the footage. The first half of the movie mostly consumed with telegraphing that story (fascinating on its own), but then picks up two decades later, when Tan hits the road to unravel the mystery of this unexpected thievery and finds that there was much more to the story than she imagined. It’s a zippy, pleasing movie for cinephiles of every stripe, but it also packs a fascinating mystery told with a unique sensitivity. —KE

Alice Rohrwacher’s surreal follow-up to her Cannes winner “The Wonders” expands on her ongoing study of the way rural life is constantly threatened by urban progress. But this time, she expands on her naturalistic style with a welcome dose of magical realism, following the tale of Lazzaro (extraordinary discovery Adriano Tardiolo), a peasant who serves an affluent family in the countryside. The life of Lazzaro and his peers seemingly exists out of time, until sudden events sent him traveling into a future state where he doesn’t quite belong. A fascinating, poetic statement on the endless march of time, “Lazzaro” fulfills the promise of Rohrwacher’s earlier achievements while cementing her status as one of Italy’s greatest working directors. Netflix bought it out of the festival. —EK

Nadine Labaki’s Cannes premiere proved to be a heart-stopper when it debuted at the festival earlier this summer, buzzy enough to garner an Sony Pictures Classics pickup before it even premiered in competition at the starry fest Billed as a “politically-charged fable” that follows a child who sues his own family, it was one of three films directed by women to compete for the Palme d’Or at this year’s festival (though it ultimately lost out to “Shoplifters,” which will also enjoy a release this season). In his review from Cannes, IndieWire’s David Ehrlich wrote that “the story of a poor young Lebanese boy who sues his parents to achieve his own personhood resonates with the misery and hope of the Biblical landmark. On the other hand, the movie is maddeningly all over the place, as Labaki captures lightning in a bottle only to leave off the cap. It also features the cutest toddler in the history of cinema (and the best baby performance, to boot).” Now that’s intriguing. —KE 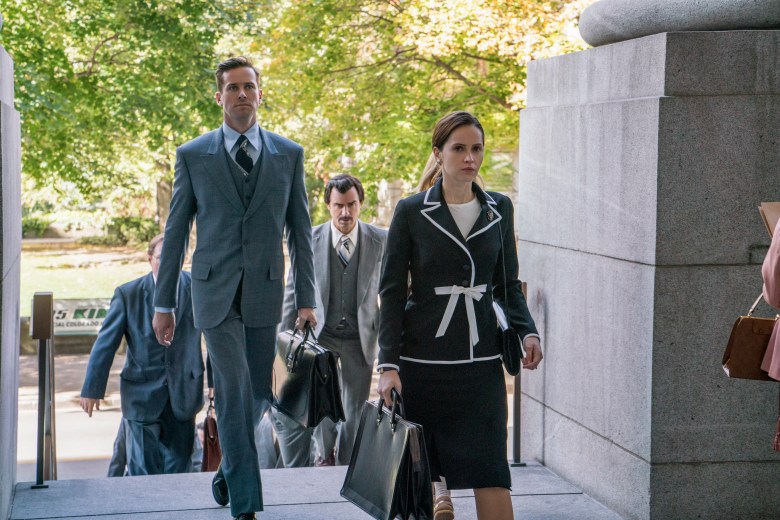 Supreme Court Justice Ruth Bader Ginsburg has already had a big year at the box office, thanks to the success of Betsy West and Julie Cohen’s lauded documentary “RBG,” but for moviegoers eager to get a (lightly dramatized) exploration of her early years, Mimi Leder’s biopic seems like the perfect judgement call. West and Cohen’s doc did touch on one of the first cases that then-lawyer Ginsburg pioneered, making a big name for herself in the process, but the Felicity Jones-starring feature promises to go more deeply into Ginsburg’s life as she attempts to bring a case before the U.S. Court of Appeals that will overturn a century of gender discrimination. Her personal life will also get a close examination in the Focus Features release as Ginsburg’s partner on the proceedings was her own husband Marty (Armie Hammer). No objections here. -KE

“Girlfight” and “The Invitation” filmmaker Karyn Kusama returns to the big screen with her most high-profile project yet: a star-studded thriller (though it has been referred to by TIFF, where it will have its international premiere, as  “genre-defying”) about an LAPD detective (Nicole Kidman) forced to reckon with her past in a cult-like group. As a bright-eyed young cop, Kidman’s Erin Bell was placed undercover with a strange gang in the California desert. Years later, when she encounters the gang’s leader, she must dig into her complicated past. The Annapurna film also stars Bradley Whitford, Sebastian Stan, Tatiana Maslany, Scoot McNairy, and Toby Kebbell, and if its vague synopsis doesn’t intrigue you enough, consider this: the film is just weeks away from debuting on the festival circuit, and we’ve yet to see a single piece of marketing. What’s about to be destroyed here? And who is doing the destroying? —KE

This Article is related to: Film and tagged 2018 Fall Preview, Girl Talk