"A Star Is Born" is hoping to launch not only an Oscar-contending film but also a chart-topping music soundtrack. 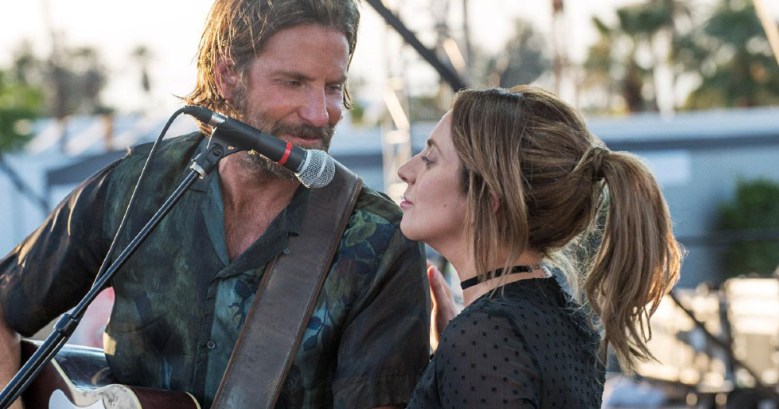 Bradley Cooper and Lady Gaga’s “A Star Is Born” is making its world premiere at the Venice Film Festival tomorrow, August 31, and Warner Bros. is celebrating by pulling back the curtain on the movie’s official soundtrack. The studio has released the full list of songs featured in the movie, which marks Cooper’s directorial debut and Gaga’s first lead acting role.

The official soundtrack includes the two songs popularized in the film’s trailer: “Maybe It’s Time,” an acoustic ballad sung by Cooper, and “Shallow,” the soaring music Gaga belts at the trailer’s climax that has since became an internet favorite. Gaga and Cooper both contributed lyrics to the movie’s original songs. The soundtrack reveal also confirms the film will feature covers of “Somewhere Over the Rainbow” and “La Vie En Rose.”

When Cooper was casting Gaga in the lead role, she had him agree to filming all of the music scenes live on camera. “We’re going to sing everything live,” Cooper remembered Gaga telling him. “The only way this is going to work is live. I can’t stand when I watch movies and you know its pre-recorded and I can see people lip-syncing.”

“A Star Is Born” opens nationwide October 5. The soundtrack will be released the same day. Check out the full track-listing below.

This Article is related to: Film and tagged A Star Is Born, Bradley Cooper, Lady Gaga