The director of modestly-budgeted dramas suddenly found himself out of place. 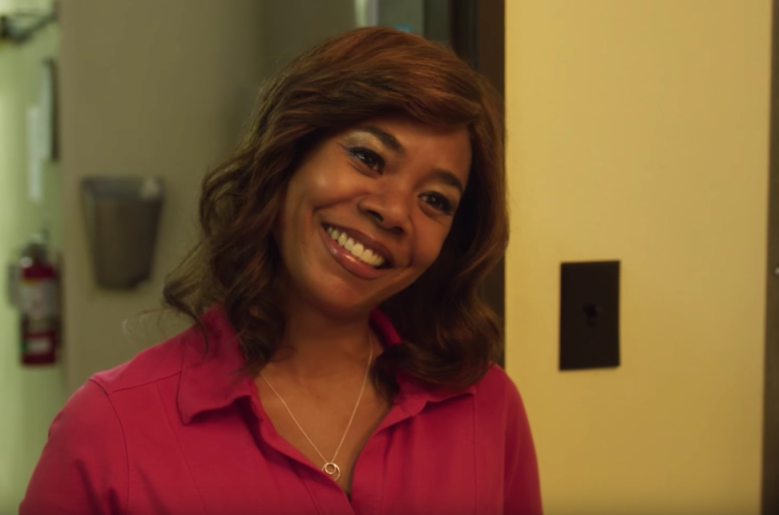 Regina Hall in “Support the Girls”

Regina Hall is best known for her role in the “Scary Movie” franchise and blockbuster “Girls Trip,” but she leads a very different kind of film in “Support the Girls.” The latest character drama from writer-director Andrew Bujalski, it’s a chaotic day in the life of Lisa, who manages a seedy Texas sports bar, and it’s a world away from the rowdy antics of “Girls Trip.” However, the two projects did intersect under unique circumstances, when Bujalski traveled to the New Orleans set of the studio comedy to offer Hall the part.

“We spent 90 or so minutes chatting in a little cafe there,” Bujalski said in an interview. “Guns ‘n’ Roses were in town on their reunion tour, and I can still picture the adorable young couple sitting next to us decked out in vintage gear.” The pair hit it off.

“It just felt like a real, everyday slice of life,” said Hall, who was a newcomer to Bujalski’s chatty, character-based storytelling. “You just kind of went on the ride with these people.”

Hall was especially struck by the character’s goodwill. “I read the script and kept waiting for her to be bad,” she said. “I was surprised by her good intentions. It was so different.” She also appreciated that, while he envisioned the character as African American, he didn’t overplay that aspect of her identity in the story. “It never came up,” she said. “I thought, ‘OK, that works.’ Obviously it was a choice he had made, but I never felt it played a part in anything.”

Bujalski said it didn’t take long for him to see that Hall fit the part, which called for a gentle-hearted woman committed to helping her staff contend with workplace sexism even as she faces her own personal and professional anxieties. “Some of that weird alchemical process revved up in which I could hear Regina’s voice in the voice of the character, and vice versa,” he said. “It’s very, very exciting as a director when a character begins to shimmer to life like that. It was abundantly clear that she’d have access to that den-mother nurturing that was so central to Lisa.”

Later that evening, Hall invited Bujalski to join her at the “Girls Trip” wrap party, where the soft-spoken director of modestly budgeted Indies found himself out of place. “She very generously introduced me around for a bit but, shy as I am, and feeling like wrap parties ought belong to the folks who actually worked on the movie, I didn’t stay long,” he said. “Still, I think I will tell my grandchildren that I was at the ‘Girls Trip’ wrap party.”