The series from Moira Walley-Beckett and Miranda de Pencier will begin shooting in Prince Edward Island and Ontario. 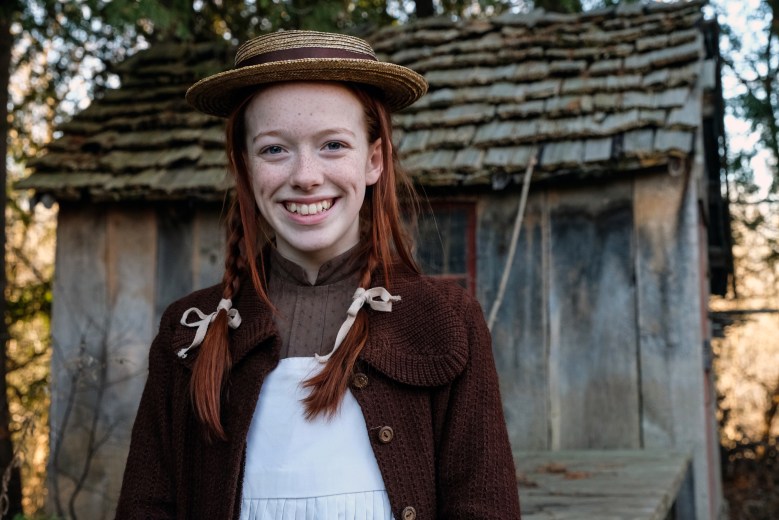 Anne Shirley Cuthbert’s adventures in Avonlea will continue. Netflix and CBC announced that it has renewed the heartwarming series based on the “Anne of Green Gables” novel by Lucy Maud Montgomery. The updates series, which addresses progressive themes such as bullying, sexism, LBQT-identity issues, and abuse, will return for a 10-episode season. Season 3 will begin shooting in Prince Edward Island and Ontario this winter.

When last we left Anne (Amybeth McNulty), she was in far better shape than at the end of Season 1 when two con men posing as boarders infiltrated Green Gables. Instead, the second season concluded on a more hopeful note after quite a bit of drama. Avonlea’s first-ever female teacher got to stay in town, Gilbert has returned, Gilbert’s friend Sebastian got married (which means Avonlea will have its first black residents), and Anne’s gay schoolmate Cole moved to live with Aunt Josephine in Charlottetown, where he’s more accepted for who he is and can pursue his art. In an interview with IndieWire, showrunner Moira Walley-Beckett hinted that romance will be in the cards for Anne for the third season.

“We are thrilled to be able to announce a third season of Anne with an E before season two premieres in Canada,” said Sally Catto, General Manager, Programming, CBC. “Anne with an E delivered a rich first season, drawing in both new and existing fans to the world of Avonlea. We have no doubt that Canadians will continue to fall in love with this beautiful and heartwarming series for seasons to come.”

“Through the storytelling of Anne with an E, the classic Canadian tale has transcended borders and found fans across our global membership,” said Cindy Holland, VP of Original Content for Netflix. “We are excited to continue our partnership with CBC and Northwood and bring the series back for a third season.”

”Our beloved Anne will be 16 years old when we return to this season full of romantic complications, bold adventures and dramatic discoveries,” said Walley-Beckett. “I will explore important, contemporary themes that I hope will continue to resonate with, and inspire and uplift, our audience.”

“We’re super thrilled that this series has resonated in 190 countries,” said Miranda de Pencier, Executive Producer. “I’m also very proud that we make our show in Canada with a wonderfully talented group of artists – led by the brilliant Moira Walley-Beckett. The character of Anne gives people permission to be themselves because she is so resoundingly herself. There are so many walls being built and so much fear growing in the world right now and Anne offers us a reminder that it’s okay to stay positive, be kind, and to dream, no matter how tough life gets – which is inspiration we all need.”

This Article is related to: Television and tagged Anne with an E, Netflix