David Costabile on the return of Gale: "To be raised from the dead? I've never been resurrected. It's a good feeling. It's a nice feeling." 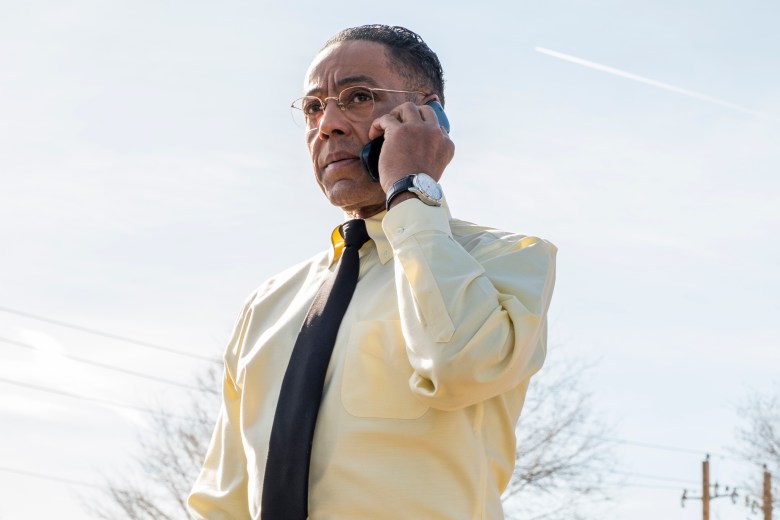 It shouldn’t be a surprise that the man responsible for many of “Breaking Bad’s” most memorable musical moments would find the secret to returning to the franchise in another song.

In the recent “Better Call Saul” episode “Something Beautiful,” when we see Gus encounter Gale Boetticher in the halls of Gale’s lab, the chemist is cheerily singing along to Tom Lehrer’s “The Elements.” It’s a linguistically challenging song, and not the easiest tune to remember… or, as David Costabile told IndieWire, “It was fucking miserable. It’s a fucking miserable song, are you kidding me? It’s impossible. It took forever.”

But when it came to revisiting the character who made a major impact during Season 3 of “Breaking Bad,” Costabile said that “one of the things in the episode that makes it much easier is the song. Because what is required in actually singing that tune is really challenging.”

It was different when he was asked to memorize the Italian song “Crapa Pelada” for the “Breaking Bad” Season 3 finale, he said: “It was a very difficult Neapolitan dialect, tuned, with a patter and speed, and really, really super tricky. But they gave me weeks and weeks.”

However, for “The Elements Song,” Costabile got “a week or 10 days. It was horrific. So I paced around, and I paced around, and then I walked the streets of New York singing the song. And people must have been like, ‘That crazy … The guy really has lost his nut now, what the hell’s wrong with him?’ I sang it everywhere. Everywhere. On the subway, on the bus, everywhere. Everywhere. But I learned it. I knew that song. I still know it, never going to go away.”

But Costabile did say that the experience gave him “a great long time to also meditate on this character, too. The song was, in a way, the transformative act of getting back to who that person was.”

It’s no surprise that Costabile was thrilled to get the call to return to Albuquerque, especially as it didn’t conflict with his work on “Billions.” “I loved playing that character,” he said. “I thought it was righteously unfair when Vince [Gilligan] decided to kill me. So I was glad that I got to come back as old Gale.”

When it comes to his connection to Gale, Costabile described it as a “great marriage.” This especially applied to the character’s innate innocence: “When I auditioned for the role, I felt really deeply connected to that aspect of who he was. His innocence, his hopefulness, his deep-held beliefs about love, the universe, chemistry — it never felt like a stretch in order to find those things. And all of it was in the introductory scene where you first meet him, where they cook together for the first time. He gives him coffee, and they cook, and he recites the Whitman poem to him. It said it all, it was all there. It was all clear to me who that person was.”

Continued Costabile, “sometimes that happens to an actor — you really feel deeply connected to who or what the role is, and you don’t get it. Somebody else gets it. And then sometimes you do, and you’re lucky enough to get it. And in this situation I felt really lucky, because I felt so strongly that the way I felt about it was who that person was.

“For me, I feel like my job is to transform, and to transform my person into something different. There’s some characters that are difficult to transform into, and then there are others that you just get for free, that are just part of you. You just feel like you’ve got six different guys, and that guy was one of them. They wrote it and then he was inside of me, and I got to do it, and it was a match made in heaven, for me, certainly. Even as short and brief as it was. It’s cool when it happens, sad when it doesn’t. Super sad when it doesn’t.” 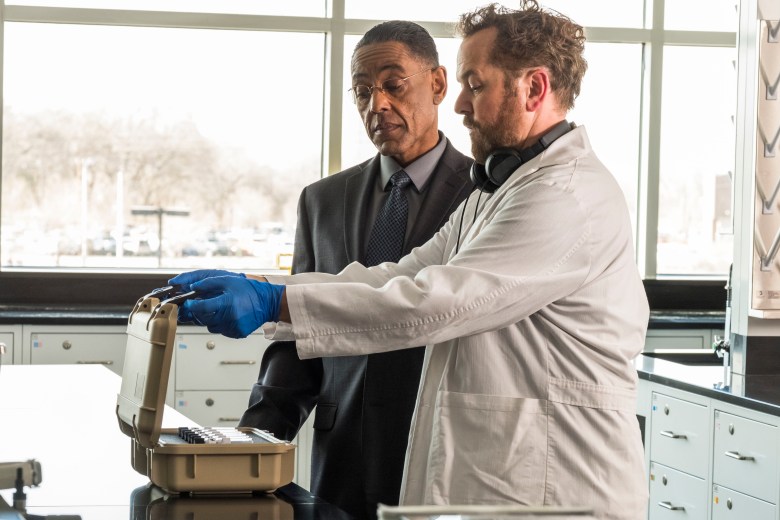 The most enthralling moment of Gale’s scene with Gus is one simple line, which he delivered earnestly: “It’s the least I can do.” It speaks to a mammoth backstory between the chemist and the… “entrepreneur,” and yes, Costabile knows what’s behind the line.

“I know why that is true, yes,” is all he would unfortunately say about what that line says about Gus and Gale’s relationship. But when asked if he thought we’d ever learn more about what that means, he noted that “one of the things that is part of the storytelling about how they’re telling the story is the excitement for ‘Breaking Bad’ fans to be able to also get Easter eggs like that. So, I will definitely say that it’s possible.”

However, he made no promises: “It certainly seems probable, given the way that the four seasons so far have evolved, but eh, you never know. I mean, they killed him pretty damn quickly already, so who knows? Maybe they’re just like, ‘Yeah, you’re one and you’re done.'”

We’ll see how true that might be. Season 4 of “Better Call Saul” continues airing Mondays at 9 p.m. on AMC.