In the year of "Black Panther," “Sorry to Bother You" and "BlacKkKlansman," black entertainment reporters describe being marginalized by Hollywood. 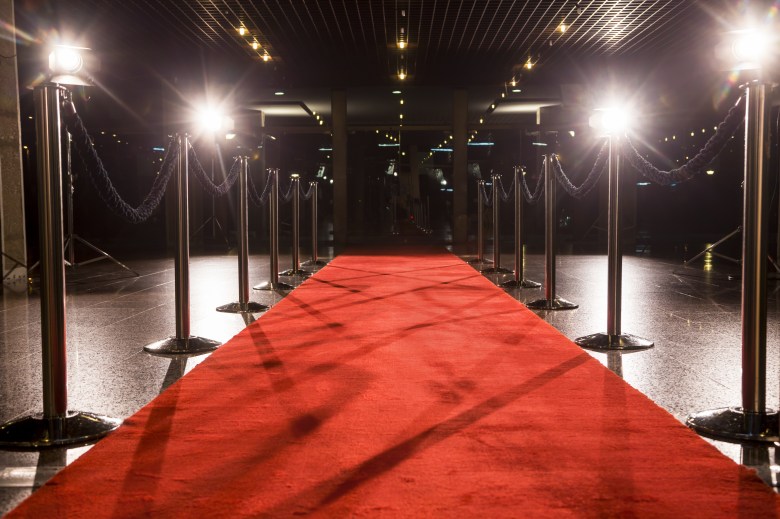 A few years ago, HipHollywood senior producer and correspondent Jasmine Simpkins noticed that studios stopped answering her emails. Instead, they referred her to “multicultural PR agencies” like One/35, Allied Moxy, BazanPR, Cashmere Agency, Liquid Soul, and The MRKT, which work with studios that want to reach non-white audiences but don’t know how. “I call them the scapegoat, because I feel like the studios basically just hire them to deliver the bad news,” said Simpkins. “When you have grievances to file, the studio will say, ‘Oh, we didn’t know.'”

Multiple sets of publicists can lead to communication breakdowns. “I think ‘scapegoat’ is a strong word,” said Ellene Miles, vice president of The MRKT. “I completely understand their frustration. I do. I think sometimes it is church and state when it comes to how the agencies are communicated to each other. There are some studios where it’s open and we’re all on the call together, and there are some that’s siloed.”

Miles started her career at another prominent multicultural agency, DVA Media & Marketing, which began as publicist-turned-A-list-director Ava DuVernay’s The DuVernay Agency. Depending on the size of a venue, Miles said, two to 10 press spots are set aside for all multicultural outlets. If someone feels scorned, Miles said, “I don’t believe there’s any malice intended. I believe that when you get to the week of a premiere, the amount of work that’s happening on both sides is so heavy, that they might have just missed an email with some name for a list.”

However, some media members see deeper issues at play. “A lot of times, that multicultural agency is not given a budget at all, or they’re given the most miniscule budget on earth,” said Natasha Eubanks, founder and owner of editorial site The YBF (Young, Black, and Fabulous). “The studio is going to be like, ‘You all didn’t do good enough, this isn’t what 42West did, or this isn’t what Slate did’ … It gives these studios this excuse to say, ‘See, this is why we don’t really need black media.’”

Even at times when attracting black media would seem to be key to a marketing campaign, journalists say that’s not always the case. American Urban Radio Networks host/producer Tanya Hart and Simpkins both remember finding segregation at a press screening for “Selma.”

“We were all invited to come over to Paramount for a screening, and we realized when we got there that the only people in the room was the black press, and a selected group of black press — we’re the people who kind of do this all the time,” said Hart. “And then we realized there was a really big screening in the big auditorium over there at Paramount … and a party! And I’m like, ‘Uh, this is “Selma,” people.’ I mean, it was so obvious that nobody thought through the fact that what the movie was saying, what the movie was about, and here they were … segregating the black press from the white press.” (Paramount declined to comment.)

On another side of the equation, the black press has seen progress in gaining access to minority performers. Shawn Edwards and Gil L. Robertson IV founded the African American Film Critics Association in 2003, in response to hearing non-white actors complain that they weren’t included in major media opportunities to promote their projects.

Today, black journalists say they have seen greater access to black actors — but often, they’re the only actors made available. A source who spoke with IndieWire said that after traveling to London for Warner Bros.’ “Justice League” junket, he only had the opportunity to speak with Ray Fisher (“Cyborg”), despite requesting interviews with multiple actors. (Warner Bros. declined to comment, but media coming out of the junket shows that Fisher did more interviews than the rest of the talent in attendance.)

While Robertson says today, “AAFCA is certainly receiving more participation from the studios in general,” he said receiving awards screeners from at least one major studio is like “pulling teeth;” some studios, big and small, act as “they haven’t even heard of us. Ultimately, I think it does point to they just don’t value the members or the audience that we represent.”

In 2006, the AAFCA launched its own awards gala, now honoring film and television in 18 categories. Paramount has the most awards, with 16; Fox Searchlight has 12; streaming disruptors Amazon Studios and Netflix respectively have 5 and 2. Of the largest traditional film studios, only Sony has never received an AAFCA Award (although Sony Pictures TV and Sony Pictures Classics have each claimed a trophy).

In February, en route to her Oscar win, Frances McDormand accepted her Best Actress AAFCA statuette in person for Fox Searchlight’s “Three Billboards Outside Ebbing, Missouri.” “There’s plenty of studios, I do believe, that would have said, ‘Why are you submitting “Three Billboards” to the NAACP Awards?” said Butcher. “‘Why are you submitting it to the African American Film Critics Association?’ … I think it’s a tremendous mistake to exclude any race, gender of people from marketing, especially when you’re attempting to make money.”

YBF’s Eubanks cited VH1, TNT, and, as of this year, Netflix as “pushing the envelope when it comes to focusing on media outside of traditional media.” With its new Strong Black Lead initiative, Netflix has gone out of its way to invite YBF to events, creating opportunities for The YBF to host, and providing exclusive clips as well as those tailored to her audience. “What people don’t realize is black media doesn’t always have the kind of access that all mainstream people have,” she said. “So it’s kind of a big deal when you[‘re told], ‘Hey, here’s the log-in to our whole press center.'”

Another significant battleground for black journalists is red-carpet coverage. In June, Stephanie Ogbogu, deputy editor at Global Grind, posted a popular, 20-tweet thread of her red-carpet experience at the June 8 FYC event for FX’s “Atlanta.” Approximately 10 outlets were stationed on the Television Academy press line (including IndieWire). Ogbogu said she and the two other reporters from black outlets were placed in the last positions. Ogbogu called out Donald Glover, Lakeith Stanfield, and Zazie Beetz — and their white publicists — for sidestepping interviews with she and her black colleagues.

Reps for Glover and FX declined comment, while Beetz’s rep did not respond to IndieWire’s request for a response. A source with knowledge of the event said only the first two journalists on the carpet, both from TV, nabbed a Glover interview. Ogbogu said she later spoke and met with Glover’s publicist, who “explained that Donald would never intentionally skip urban media, that it was just he was only doing limited media.” Glover’s publicist also told Ogbogu that she spoke to FX about arranging red-carpet spots in a different way.

Stanfield acknowledged Ogbogu on Twitter, but his social media accounts have since been scrubbed. While promoting his forthcoming film “Sorry to Bother You,” he spoke to IndieWire about some of the issues she raised. “I didn’t think about it in the sense that those were black outlets that were being overlooked,” he said. “I do want to support all of those black outlets, and I do want to make sure that I’m speaking to them.”

“What really bothered me is that ‘Atlanta’ is a show that is geared toward black millennials,” Ogbogu told IndieWire. “It’s an all-black cast, for the most part; black writers; it talks about the struggles in a primarily black city. We had supported the show for so long for them to not speak to the audience that actually supports the show.”

Finkley went to far as to catcall Sean “Diddy” Combs” while on the red carpet for VH1’s annual special “Dear Mama: A Love Letter to Moms.” Combs was running late and stopped to give interviews to a number of white reporters, then began zooming past their black counterparts to make it inside. “So while he’s walking by, I was like, ‘Okay, I’m glad you took care of all the white outlets, Diddy,'” Finkley said. “‘Don’t worry about us,’ and stopped him in his tracks. He’s like, ‘Oh, if you’re gonna call me out like that, then I’ve gotta stop.'”

Simpkins witnessed the exchange, and said Combs “looked mortified” before submitting to questions from the black press. “It was bigger than Diddy,” she said. “It was more about just the treatment of black media in Hollywood.” With #MeToo in mind, Finkley and Simpkins — who had been hosting weekly calls for black journalists to strategize how to combat similar instances — coined the hashtag #CallThemOut. (A rep for Combs told IndieWire via email, “This has nothing to do with Mr. Combs.”)

Page 2 of 3
Continue Reading: Reporting From ‘the Rosa Parks Section’ on the Red Carpet: Black Entertainment Journalists Have Had Enough

This Article is related to: Film and tagged Black Journalists, Red Carpet