Barry Alexander Brown tells IndieWire about the pair's long-time working relationship, the important lesson he took from “Malcolm X,” and discovering that the actual David Duke was in Charlottesville. 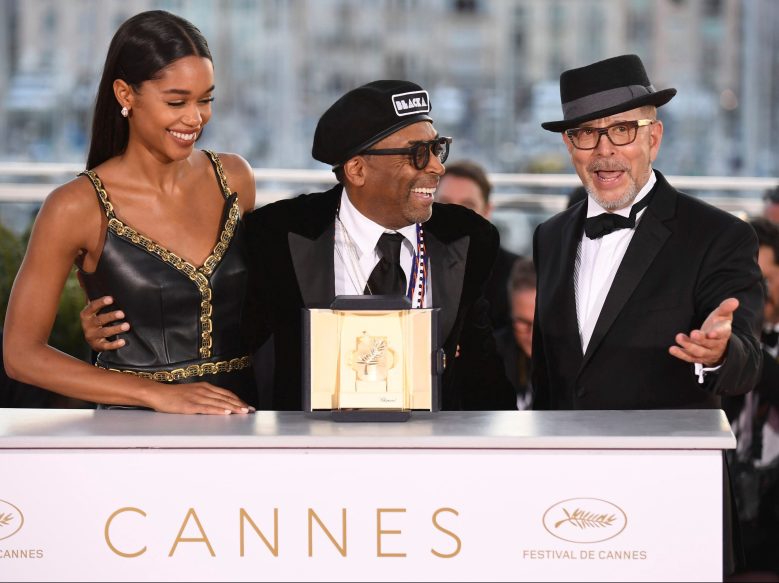 Barry Alexander Brown first met Spike Lee while researching his follow-up documentary to his 1979 film, “The War at Home.” Lee, a recent Morehouse grad who was then enrolled in NYU’s graduate film program, jumped at Brown’s job offer to clean and ship film prints for First Run Features. Back in New York, the two quickly bonded over their very similar way of thinking about movies. “We both wanted to make movies that had something to say, but we also were just interested in the cinematic experience,” Brown told IndieWire. “He was really the only one around who I knew in the New York film scene who just could love cinema for cinema, entertainment for entertainment. That idea that movies could be both pulled us closer and closer together.”

It’s a bond that led to Brown trying to help Lee scrape together funds for his early features — at a time when virtually no one made independent films — as well as serving as the editor on virtually every major feature Lee has directed. Brown had a front-row seat to the countless naysayers who told Lee there was no market for films about African Americans. “They’d say, ‘But if there was an audience for this kind of movie, Hollywood would be making them,’” said Brown. “And Spike would say, ‘No, that’s bullshit.’ He knew Hollywood didn’t know anything about black people in America.”

Lee, of course, was proved correct when “She’s Gotta Have It” was a surprise hit, making $17.9 million (adjusted) in 1986. “Our discussions in the editing room aren’t about ‘What’s the message?,’” said Brown. “It’s how to make the audience feel something, or stay in the moment of a scene, or ‘What happens to a scene if we lose the camera movement?’”

At this point in their working relationship, Brown said he and Lee don’t really need much conversation before he starts to edit. Watching dailies, often with Lee during production, Brown does the initial edit by himself and can land it “somewhat in the ballpark.” On “BlacKkKlansman,” things moved even more quickly. On January 8, six weeks into editing, Brown screened for Lee a 131-minute first cut.

“He liked ‘BlacKkKlansman’ more than he had liked any other cut I think I’ve ever done for him, except for maybe ‘Do the Right Thing,'” said Brown. “Right away from that first screening on January 8, he was saying, ‘We’re going to rock the Cannes. We have to move the post-production schedule up by at least two months to get to Cannes.'” 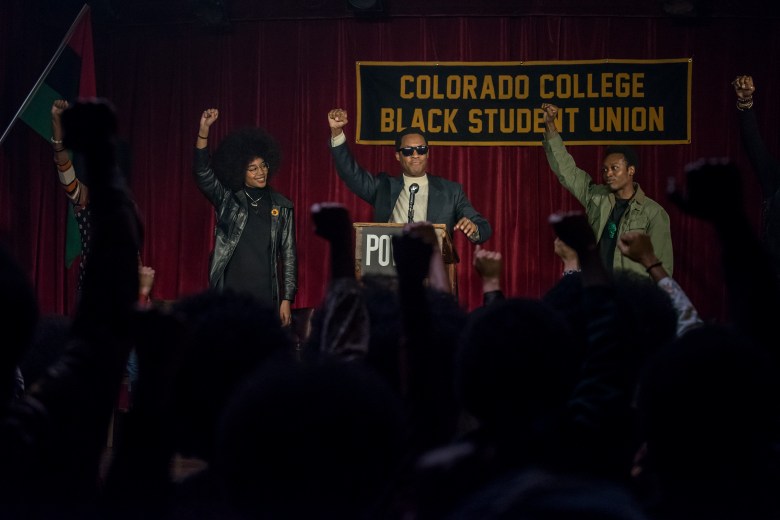 That goal dramatically changed the post-production schedule. Lee dispatched Brown to California to show distributor Focus Features the cut; four weeks later, composer Terence Blanchard (the only other person Lee brought to see the first-cut screening) began recording the score. By early March, the film screened for Cannes consideration. Focus, equally impressed by how the film was coming together, didn’t force preview screenings. Much to Brown’s surprise, there weren’t even any deleted scenes.

“When I read the script, there was this long speech at about page 10, by Kwame Ture (Corey Hawkins), a character who does not reappear in the movie,” said Brown. “I never thought that would make it in the final film, and if it did, maybe only one-fifth of the scene would survive.”

Brown started to play with the portrait shots of individuals in the crowd listening to Ture, which Lee shot against an all-black backdrop. Brown could see the tone and point-of-view Lee was going for, and that he could overlap two or three of the single shots — zooming in and out in his Avid — to capture the feeling of being entranced by Ture’s words. Visual effect supervisor Randall Balsmeyer later came in to clean it up so it played smoothly.

“I was surprised that ended up in the movie, even more surprised that it all worked and stayed at eight minutes,” said Brown. “The key was making it about Ron [John David Washington]. Spike was playing with the sound right up until the very last day of the mix on that speech, throwing different things and reworking things so it became about what that character was experiencing.”

Later, when a similarly long speech was delivered by Harry Belafonte, Brown found a way to almost completely overlap Belafonte telling a moving story about witnessing the lynching of a childhood friend with Washington’s character staking out a Klan gathering. Brown said there is often one clear way to cut Lee’s scenes, but there are also these scenes that call for something different. 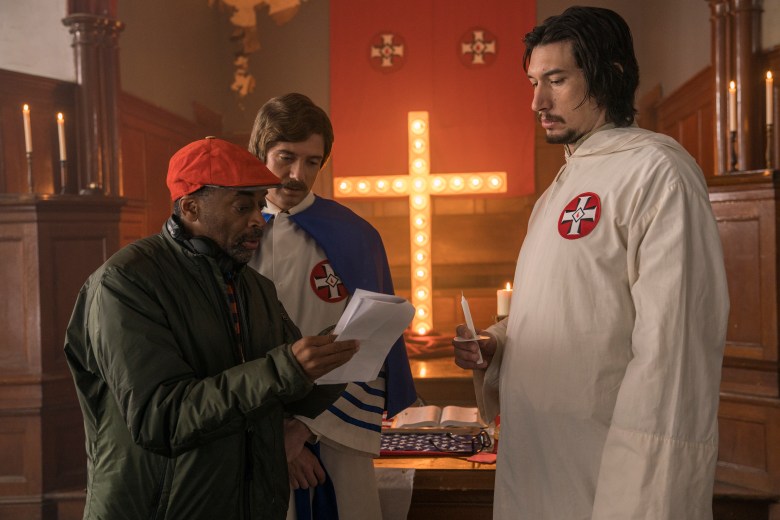 Spike Lee, Topher Grace, and Adam Driver on the set of “BlacKkKlansman”

“You can’t work all those things out on paper, exactly where you cut,” said Brown. “For example, that scene where Ron is going up to that little room where he’s [looking] down on the Klan [initiating] members, we found this could work with Belafonte talking about him racing to a room where he watched everything happen to his friend.”

Brown has also become used to how his long-time collaborator allows films to evolve over the course of making them, often in reaction to current events, even when the film is set in the past. “He doesn’t draw these clear lines in his head about, “Oh, this is ’73, but this is happening now,’” said Brown. “It’s more than an intellectual connection. For him it’s emotional, and therefore visual.”

The editor admits he was skeptical with “Malcolm X,” when Lee wanted to build in the recent footage of Rodney King beating into a biopic about a historical figure who died in 1965. “Spike’s like, ‘This is what we’re going to do: We’ve got the burning of the flag going down toward X, then the Rodney King footage, and then there’s going to be a speech that Denzel’s going to do as Malcolm but audio only,'” said Brown. “I’m thinking, ‘Oh my God, how does any of that all go together?’ But it did; it’s a great opening.”

Brown draws a strong comparison between “BlacKkKlansman,” “Malcolm X,” and “25th Hour,” which seamlessly and profoundly incorporated 9/11 into a film that was written, cast, and in pre-production before the terrorist attacks. The white supremacists rallies in Charlottesville on August 11, 2017, which resulted in the murder of Heather Heyer, weighed heavily on Lee’s mind while prepping “BlacKkKlansman.” In November, when he was interviewed in Charlottesville by IndieWire, he made the connection about how the events of August were “homegrown terrorism,” not unlike the violent acts committed by the KKK.

“I think it was stewing in him for a while before he came up with the idea [that] we’re going to end [the film with] that footage down in Virginia,” said Brown. Brown’s initial cut didn’t include the Charlottesville footage, but once Lee put Cannes on his radar, the director became relentless. After Brown screened the film for Focus, it became Lee’s daily refrain: “‘We gotta get that stuff now, how come we don’t have it?!’ He was right, and feeling the pressure of the Cannes deadline, but I’d be like, ‘Spike, you only asked for it two days ago.'”

Lee and Brown worked with their long-time archivist Judy Aley, who has not only been a key part of Lee’s documentaries, but also often supplies Lee with vital historical background and text for scripted films. Brown jokes that Aley would constantly scold him for finding Charlottesville footage on YouTube, which she couldn’t always source. Lee gave Brown and Aley a very clear outline of how the Charlottesville footage would play out, but there was one surprise. 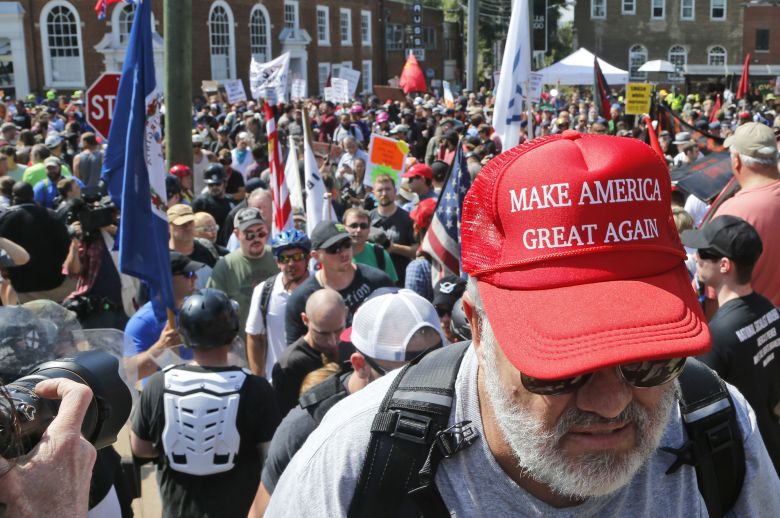 Brown watched interviews with Duke in Charlottesville, but when he saw him making a speech that referenced President Trump, he knew exactly how to fold the actual Grand Wizard into the film’s ending. It was fortuitous to have a the perfect clip of Duke to bring to film full circle, but Brown has worked with Lee long enough to realize that this is a case where a filmmaker creates his own luck.

“There’s not a lot of filmmakers who are talented and confident enough to allow a film to constantly evolve and be bold enough to make those connections,” said Brown. “I mean, that’s Spike.”

This Article is related to: Toolkit and tagged BlacKkKlansman, Editing, Spike Lee