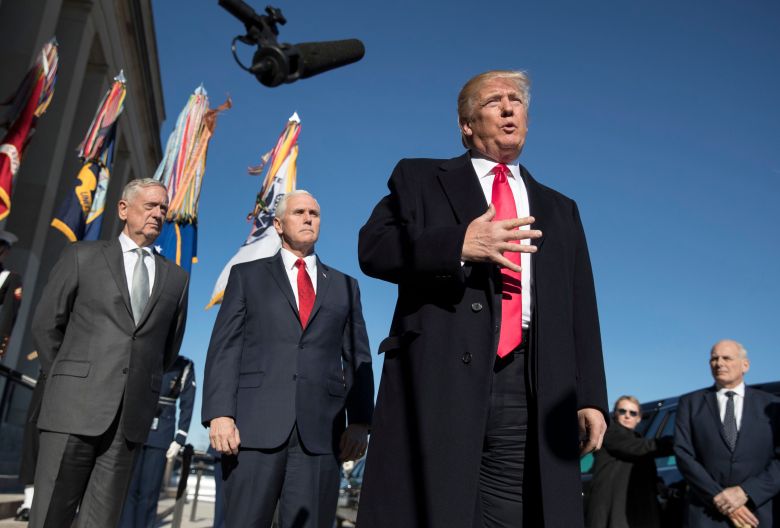 After tackling film and TV, Blumhouse has its sights set on a new medium. And while this new venture is based on a true story, it won’t be quite the kind of horror some fans might be used to. On Wednesday, the company announced a new podcast, “The Oval Office Tapes,” which will put words to the inner workings of the current White House.

Filmmaker RJ Cutler created the series, which is slated to begin in September for a weekly, 10-episode run. In addition to producing the seminal 1993 campaign doc “The War Room,” Cutler won an Emmy for the Fox/PBS docuseries “American High” and directed the 2014 film “If I Stay” with Chloe Grace Moretz. Writer and political reporter Scott Conroy will serve as showrunner.

Each episode of the series will dramatize the week’s political headlines from the perspective of prominent figures within the Trump Administration. No casting has been announced yet, but Wednesday’s announcement claimed that “The Oval Office Tapes” would “feature all of your favorite Trump administration figures, family members, best friends and enemies.”

It’s not the only politically themed venture for Blumhouse Television, which also has “Secure and Hold” in the works at Showtime with writer/director Tom McCarthy and Russell Crowe set to star as the late Fox News head Roger Ailes. In addition to these projects on the horizon, Blumhouse Television is one of the forces behind the current HBO show “Sharp Objects” and will also premiere the TV adaptation of “The Purge” on USA next month.

“The Oval Office Tapes” will be presented as a partnership between Blumhouse Television and Cadence 13, the company that distributes the hit “Pod Save America,” “Up and Vanished,” and “The RFK Tapes.”

This Article is related to: Podcast and tagged Blumhouse