“That was one of the best performances in the whole series," Rian Johnson says of a key moment of improvisation from an unexpected character. 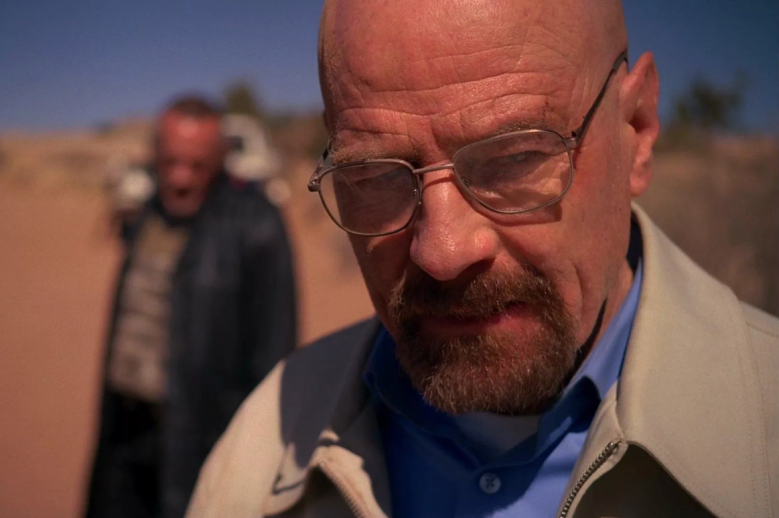 Any list of the best episodes of “Breaking Bad” will probably have “Ozymandias” in the top three, if not at the very top. The series’ antepenultimate episode, directed by Rian Johnson and written by Moira Walley-Beckett, served as the climax to the entire series. After 59 episodes, Walter White’s empire finally collapses and shatters everything in its path, including his relationship to his wife and son. The episode is notable for delivering inevitable twists (Hank’s death), but no moment is as shocking as when Walter kidnaps his own baby, Holly.

The devastating turn of events led “Breaking Bad” to its most powerful unscripted moment, as the cast and crew explain in The Ringer’s oral history of the landmark episode. As Walter is staring down at his infant child, baby Holly utters the words “mama, mama,” prompting Walter to snap to his senses and realize the extremity of his destruction. As Walley-Beckett revealed in 2016 after the episode aired, Holly had no lines of dialogue in the script. The baby’s mother was just offscreen during filming, so the child responded “mama” while cameras were rolling.

“It was like somehow she understood what was going on in that scene,” executive producer Melissa Bernstein told The Ringer about the unscripted moment all these years later.

“We were setting up for a master shot of the bathroom with me and the baby,” Cranston remembered of filming the scene. “And it was the first time that we said, ‘OK, let’s do this,’ and we gently took the baby. [The mother being offscreen] made this baby go, ‘Mama, Mama.’ We knew we had gold.”

Cranston said his eyes “bugged out” when he heard the baby going off script, but the moment rang true and it allowed him to capitalize on Walter’s emotions. Johnson was behind the camera when he heard the baby cry out “mama,” and he reacted by looking at the crew around him and silently hoping Cranston would not break character.

“What was extraordinary was that Bryan went with it, you know,” Walley-Beckett said. “And it broke his heart wide open. It was more than I could ever have hoped for in the writing.”

“That’s one of those pure lightning strikes of luck that you probably don’t get twice in a lifetime,” Johnson added. “That was one of the best performances in the whole series. That baby looked so sad. I promise you, no babies were harmed in the episode.”

Cranston told The Ringer the episode arc featuring Walter kidnapping Holly put the series’ importance as a work of television into perspective and proved to him the real power of the medium.

“It’s such just gripping drama,” Cranston said. “What’s more important is that it comes at the right time. I always say that ‘Breaking Bad’ was the perfect television show because it would’ve made a terrible movie, right? You’d have to compress and truncate and skip over and extract a tremendous amount of material, of growth and development, and the downward spiral of this man, and the disintegration of his soul. All that would’ve been lost, because you’ve gotta get on with it.”

Head over to The Ringer to read the full oral history of “Ozymandias.”