TCA: The cast and producer of the new NBC sitcom discussed plans for their first season on the Peacock. 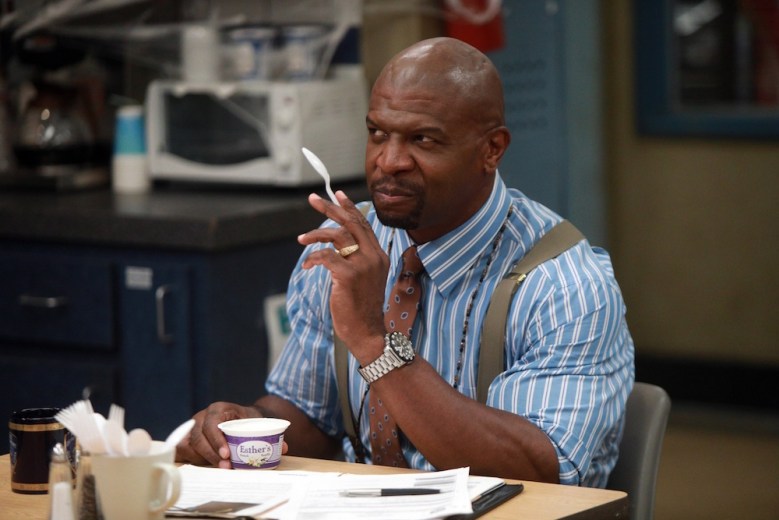 With “Brooklyn Nine-Nine” moving from Fox to NBC, many of the questions surrounding Season 6 have been about what might change. But most of what the “99” cast and crew has said of the still-in-the-works episodes revolves around progressing previously established elements — primarily, telling important, topical stories through a welcoming sitcom format.

“One of the things we’ve been doing over the last few seasons are more topical, issue-oriented episodes,” executive producer Dan Goor said during a panel at the Television Critics Association summer press tour. “[But] they’re really, really hard to do. We want them to feel funny but give weight to the issue and explore it in a fair way.”

In the past, those episodes include Season 4’s “Moo Moo,” in which Terry Crews’ sergeant experiences racial profiling firsthand, as well as Season 5’s ongoing arc in which Stephanie Beatriz’s Rosa comes out as bisexual.

In Season 6, that ambition could result in an episode centered around the #MeToo movement.

“We’re really interested in doing a #MeToo storyline,” Goor said, adding that the writers are still trying to find the right approach before committing to the episode.

The cast voiced confidence in their writers.

“These guys just have a gift for translating a serious subject matter in a comedic way,” Andre Braugher said. “There’s an active shooter episode, Moo Moo, Rosa coming out to her parents — these are all episodes that have a dramatic depth to them.”

“It took a really long time to be written in a way where everyone agreed this was the way the show should do this,” executive producer and star Andy Samberg said of the “Moo Moo” episode. “[So] we’re not going to do [a #MeToo episode] unless [everyone agrees] it’s the right way.”

Crews has been a vital male ally for the movement. In October 2017, Crews posted on Twitter about his experience being groped by WME agent Adam Venit. Since then, he’s filed a lawsuit against him (despite facing discrimination in his career) and has continued to be a vocal advocate for safety in the workplace.

“For me, and for a lot of people out there, I like to call it the summer of freedom. We can now tell our truth. It’s funny because these are lessons I learned while doing this show,” Crews said early in the panel, noting how the “Moo Moo” episode and Rosa’s story arc helped him process his own feelings about representation.

“This is all about freedom. This is about telling your story,” he said. “I was talking about the stuff with the cast members the day before I went public with my tweets. I was always supported. I’ve always been supported.”

Crews did not comment on the potential new episode, but he did stress the importance of continuing the discussion.

“I really think this is just the beginning. I feel like this is going to be a new day. Now the town will be safer for my wife, my son, and my daughter,” Crews said.

“Brooklyn Nine-Nine” is slated for a midseason premiere on NBC.

This Article is related to: Television and tagged Brooklyn Nine-Nine, NBC, Terry Crews