"Remember when movies like 'Gladiator' won Best Picture?" Jost asked in a new interview with the Los Angeles Times. 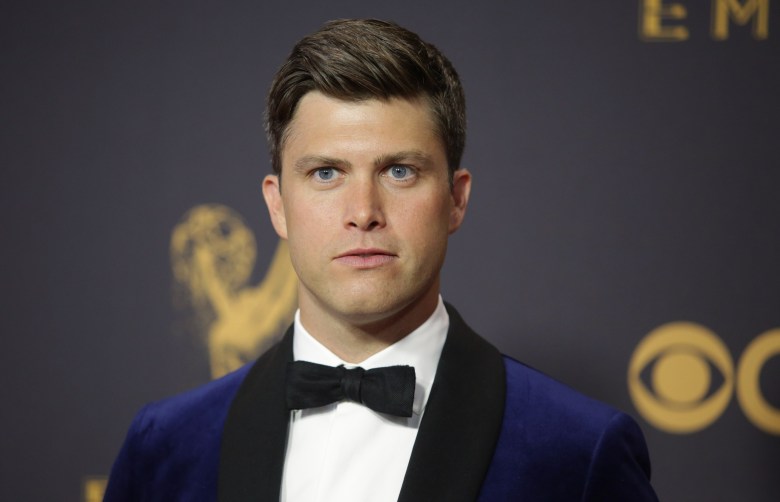 Colin Jost is best known as the co-anchor of “Weekend Update” on “Saturday Night Live,” but he’s taking on the role of Emmys host next month alongside his “SNL” collaborator Michael Che. The two comedians sat down with the Los Angeles Times ahead of their Emmys gig, and one unfortunate quote from Jost has gone viral online. Jost was asked whether or not he is a fan of award shows, to which he explained why they often frustrate him.

“I think most of the time they’re way too self-serious and focused on things that 99% of the country doesn’t care about,” Jost said. “At the end of the day, it’s adults getting trophies. Why should that be taken seriously Remember when movies like ‘Gladiator’ won Best Picture? Why can’t good, fun things win and not just good artsy things? They’re both good and the fun ones are sometimes a lot harder to make.”

Jost’s comment about “fun” movies being worthy of big awards over “artsy” films arrived on the heels of the Academy’s controversial decision to add a new Oscars category honoring an achievement in popular film. The new category received scorn from film journalists, and many reacted similarly to Jost’s statement.

“Please someone help,” Decider senior writer Joe Reid wrote on Twitter. “I accidentally appreciated some art, can you please get Colin Jost to come puncture my sense of self importance?” Journalist Mark Harris, meanwhile, reacted to Jost’s comment by saying it was good news the “SNL” cast member is not an Oscar voter.

I’m determined to start each day by sharing good news!
[scans Twitter for at least ten full minutes]
Colin Jost is not an Oscar voter.

And this is why we have bullshit like the “Popular Film Oscar”: to appease people like Colin Jost who don’t care about recognition of great films because they’re not masc and white enough. pic.twitter.com/8xTLkq62C9

Please someone help, I accidentally appreciated some art, can you please get Colin Jost to come puncture my sense of self importance?

The part of Colin Jost’s statement that really gets me is “the fun ones are sometimes a lot harder to make” as if securing financing for a film built around Juilianne Moore feeling feelings internally is a real breeze.

so it sounds like what i’m hearing is that colin jost and scarlett johansson totally deserve each other?

This Article is related to: Television and tagged Colin Jost, Emmys, Oscars